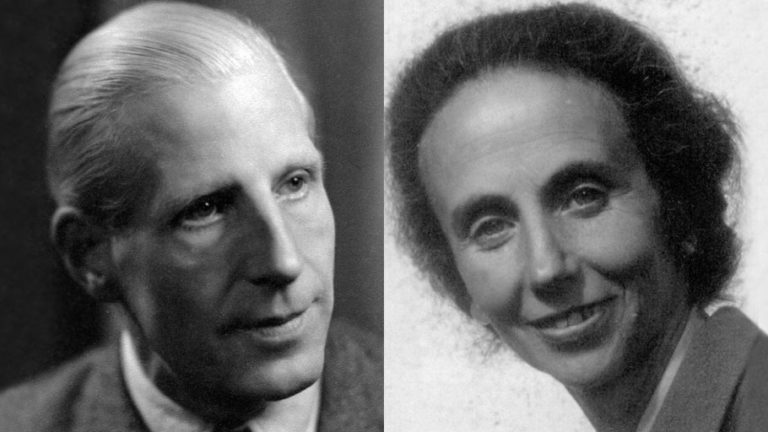 Eberhard and Donata Helmrich were a heroic, righteous couple who risked their lives to save Jews.

The town of Drohobycz, located in the center of the Galician oil mining area, was of vital importance to the German war effort during World War II. The Jewish population was taken to forced labor and most were killed. Of those who managed to survive, many owed their lives to one heroic man, German-born Wehrmacht Major Eberhard Helmrich.

On the surface, Helmrich appeared to be a perfect Aryan. Tall, blond and handsome, the German agricultural expert resembled the Aryan ideal. In actuality the tolerant, broad-minded Helmrich despised the Nazis and their cruelty towards Jews. He first served as the head of the department for food and agriculture and was later appointed as the chief economic officer of the occupied region. In these roles as a German official, he did whatever he could to assist the local Jewish population of Galicia and treated them humanely. He sent food to the Jewish hospital where many of the patients were suffering from malnutrition.

Tall, blond and handsome, on the surface, Helmrich appeared to be a perfect Aryan.

Then he came up with an ingenious idea. He organized an agricultural labor camp to provide fresh vegetables for the German soldiers and military staff in the area.

“We will use Jewish workers on the farm who work better than the Poles and the Ukrainians. Even if they are sick, Jews will work hard as if their lives depended on it,” Helmrich pointed out to the SS.

Convinced, the SS gave their approval to the plan.

Helmrich thus saved the lives of about 300 young Jews from the local ghetto by employing them as farm workers and keeping them from deportation to the death camps. In addition, he ensured that his assistants also treated the Jewish workers in a kindly manner.

Although the children of the workers were not permitted to be at the farm, they were sneaked in and hidden in the barracks while their parents worked during the day.

One little five-year-old girl hid in a hayloft during an inspection and was found by a German soldier. Pushing the petrified child towards a window, she fell out but her uncle managed to catch her in his arms. Helmrich immediately sent the girl and her parents to a safe refuge on a Polish farm. 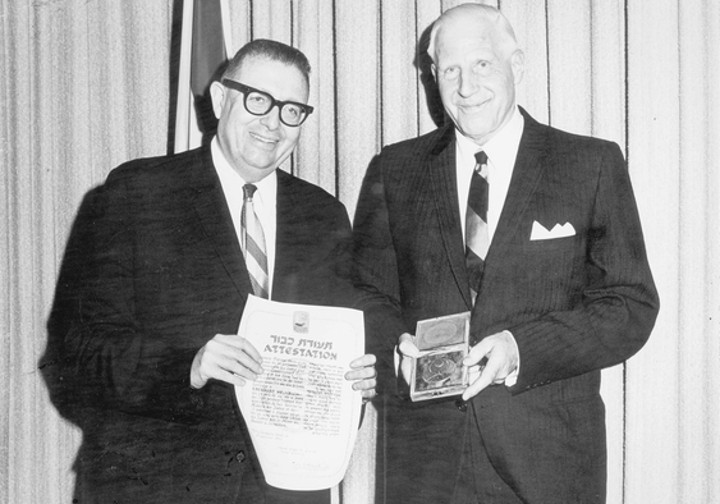 Helmrich being honored at Yad Vashem

When permission to employ Jews as farm workers was retracted, Helmrich’s agricultural camp was forced to close down. Even then, he ensured that the Jewish farm workers went to other labor camps to further delay their deportation to the death camps and gave them a chance to escape with their lives.

Helmrich would shelter Jews on the run in his own home until it became safe to smuggle them out of town. Sometimes he instructed his Polish driver to take Jews in his own official car to bypass SS guards and blockades.

Although it was prohibited to employ Jews, Helmrich had a young Jewish woman working for him for several weeks, despite the risk that he might be caught. 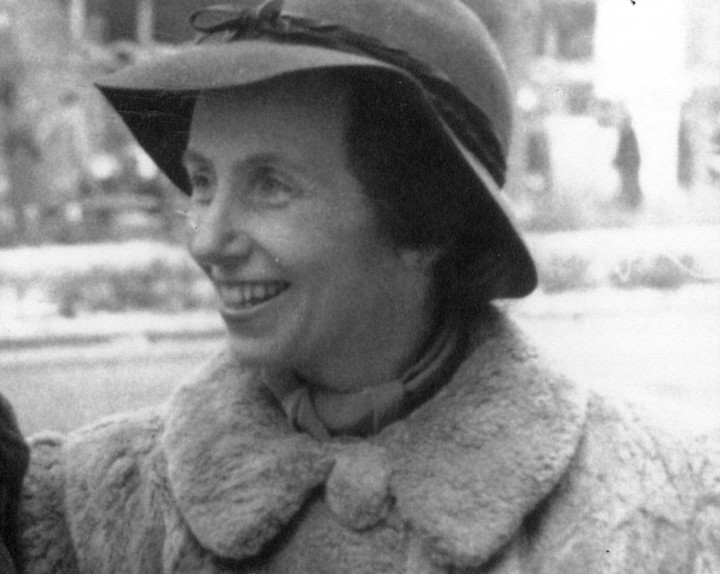 Then he and his wife Donata, who had remained in Germany, came up with the most audacious plan yet. He provided forged Ukrainian documents for about six young Jewish women, sending them to work in Berlin itself as maids and nannies arranged by Donata.

Since many German women had to work in factories during this time, they needed child care and these Jewish women, in the guise of Ukrainians, came to provide it.

None of them suspected that their precious children were being cared for by ‘despicable’ Jews.

Though living with the constant danger of being found out, all the young Jewish women survived the war.

Donata, like her husband, viewed the Nazis as “a failure of human decency.” Equally despising their heartlessness, she took the risk of defying them to save Jewish lives.

After the war ended, her daughter Cornelia asked Donata if she had ever felt afraid. 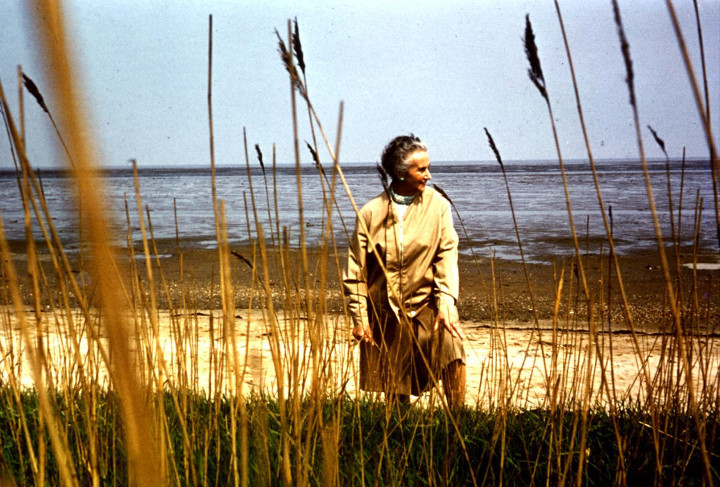 "You can’t be frightened for 12 years,” her mother replied.

Helmrich, although believing he had only a five per cent chance of survival, managed to remain calm and confident throughout the war.

In December, 1965, Eberhard Helmrich was one of the first people to be recognized as Righteous among the Nations by Yad Vashem.

Donata Helmrich was honored posthumously years later. Her daughter was presented with her award and planted a tree on her behalf.

In June, 2016, a memorial plaque to Eberhard and Donata Helmrich was unveiled at the house in the Ukrainian town of Drohobycz in tribute to the couple for their heroism during the Holocaust. 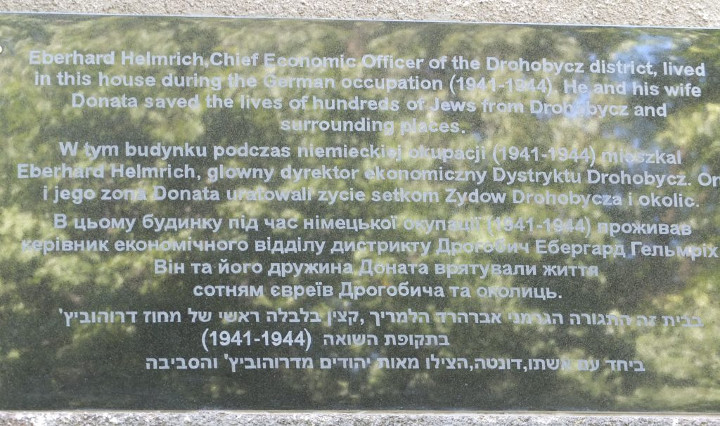 Taras Kuchma, the mayor of Drohobycz, and Jozef Karpin, chairman of the Jewish community, as well as other dignitaries spoke at the memorial service. Cornelia Schmalz-Jacobsen, daughter of the Helmrichs, conveyed this heart-felt message: 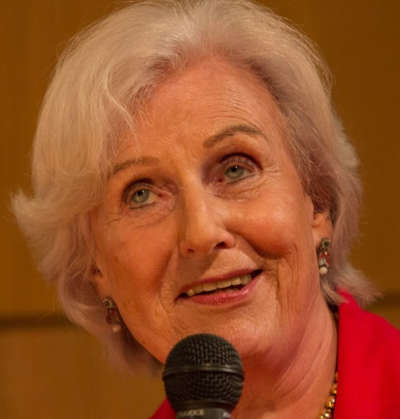 “I wish I could be with you today in Drohobycz but unfortunately it is not possible. I thank all of you gathering in front of the house where my father lived during the dark years of the war… I am not able to really express my gratitude, and what it means to me, that my beloved father and mother are not forgotten, that men and women from another generation are here to commemorate him. May people who walk by now and then look at the memorial plaque and wonder what this man did for others…”

All My Mothers: The Story of Yehudit Kleinman

When Britain Interned Jewish Refugees
Should I Break Up, Get Engaged or Keep Dating?
Time Is Your Precious Commodity
A Constant World in Flux
Comments
MOST POPULAR IN Holocaust Studies
Our privacy policy