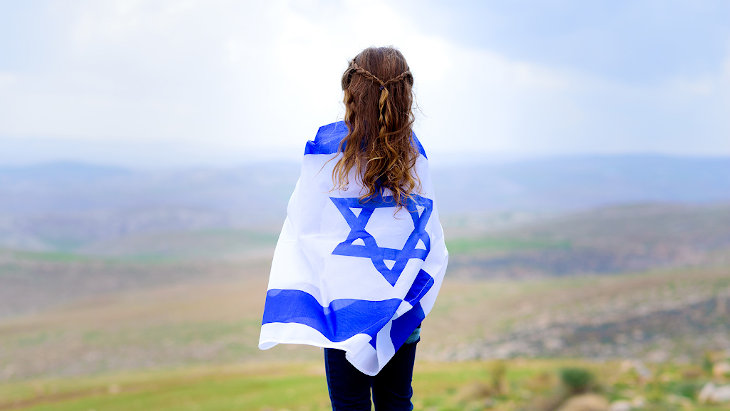 The Jewish Future Pledge calls on Jews to give 50% of charitable contributions to Jewish or Israel-related organizations.

The growing challenges in funding Jewish organizations represent a trend that began long before the current health crisis. According to Pew studies, although Jewish communities are more affluent than ever, fewer young Jews are interested in supporting Jewish non-profits. As the current generation of givers passes on, there is real worry that Jewish charities won’t survive. And to make matters worse, donations to Jewish nonprofits, like those to other organizations, have seen a dramatic drop since the outbreak of the pandemic.

With that in mind, philanthropist and business executive Mike Leven, entrepreneur and longtime Jewish nonprofit executive Amy Holtz, and Mark Silverman, former chair of the Jewish Federation of Greater Atlanta came together to create The Jewish Future Pledge, calling on Jewish donors to earmark at least 50% of the charitable giving in their estate plan to Jewish or Israel-related causes. Over the next 25 years, Jewish donors of every giving level are likely to transfer some $1.26 trillion to charitable causes, and Jewish Future Pledge hopes to direct half of that, or $630 billion, to Jewish causes.

Inspired by the “Giving Pledge,” an initiative in which Bill Gates, Warren Buffet and other business titans have vowed to leave most of their estate to charity, the Jewish version is not just for the wealthy. Breathing new life into struggling charities will require the involvement of donors on every level – from multi-millionaires to modest givers.

“We have an historic opportunity to write the next chapter of the Jewish story. By acting now, we can ensure that more than $600 billion is set aside for Jewish causes as wealth is transferred from this generation to the next,” said Leven. “And that’s why I founded the Jewish Future Pledge. I wanted to start a conversation with my family about the importance of securing the Jewish future. I see an enormous opportunity to help spark thousands – even millions – of similar conversations around Jewish tables before my generation passes about why the Jewish future matters.”

The new initiative had a soft launch, led by Senior Director Hadara Ishak, in Atlanta in partnership with the local Jewish Federation, where it garnered its first batch of hundreds of signatures. Early signers include well-known Jewish givers such as Charles Bronfman, Bernie Marcus, Julie Platt and Tom Stern. The Pledge is hard at work seeking partnerships with other Jewish and financial organizations across the country, as well as interest by diverse donors.

“We have always prioritized Jewish giving, which is why we already direct over 50% of our philanthropy toward efforts that benefit the Jewish people," said Manette and Louis Mayberg, trustees of the Mayberg Foundation. "We believe that investing in initiatives that inspire, educate and strengthen the Jewish community and Israel will secure a vibrant future for our children and grandchildren. Signing the Jewish Future Pledge provides clear and profound support for our deep belief in giving Jewishly and communicates this value to our children and generations to come.”

“We trust the next generation,” Holtz said. “We think they’re going to make great decisions. We’re not mandating where they give. We just want to make sure that they give Jewish.”

A Letter to the Western Wall

The Blazing Mezuzah
Vayelech 5783: Regret and Repent
Rabbi Sacks: Focus On the Important, Not the Urgent
Put Your Foot Down: Are Human Feet Poorly Designed?
Comments
MOST POPULAR IN Israel
Our privacy policy
Aish.com Is Looking for Great Writers