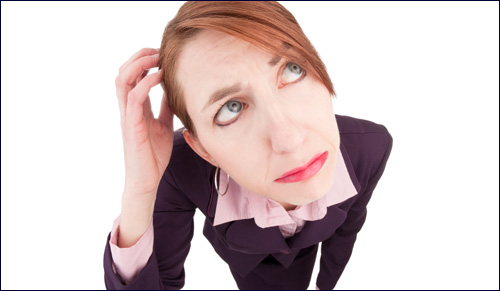 As a Jew, how would you answer the following questions?

Who among us hasn’t shvitzed while taking a driver’s test, especially for us Boomers who, despite the fact that we hit a little something, have been driving beautifully for 30 years? Oy, those questions? Ok, true, some are no-brainers such as “If a pedestrian crosses against the light should you: A) let him walk; B) K-nock him a little with your car to remind him? But others …? Here’s an actual question on the Nevada Driver’s test:

“Assume you are traveling 65 mph and suddenly need to stop. How far will your car go, before you come to a complete stop including reaction distance and braking distance?

” What are we? NASCAR mechanics? Gentiles?!

Just as We Jews do just about everything differently from other people (never mind from each other) and have been known to have the occasional difference of opinion with the world at large, should we be forced to follow laws made up by bored government officials who haven’t debated the situation thoroughly? Of course not! So for us Jewish Boomers, I’ve created …

THE BOOMER’S DRIVERS’ TEST WITH RULES THAT MAKE JEW-SENSE

1- Stopping on the freeway is permitted:

A. Never
B. When you’re driving carpool and the little Melnick mazik sticks gum in your grandson’s keppie for the third time

2- Which vehicle must always stop before crossing railroad tracks:

A. A truck filled with dynamite
B. Irrelevant. What Jew lives or drives near a railroad track?

3- Who may drive faster than a maximum speed limit?

A. Emergency services
B. Anyone over 67 on a prescription diuretic

4- When may you drive with an open container of alcohol next to you?

A. Never
B. After Pesach, when you take home from your cousin the three bottles of leftover Manischewitz you brought, but Ms. Fancy refused to use because it wasn’t a $140 Carmel Limited Edition

5- If a traffic signal light is not working, you should:

A. Proceed with extreme caution
B. Stop, get out of your car, wave down the other drivers, encourage them to kvetch to the Department of Highways while organizing a fund-raiser to get it fixed.

6- When law enforcement stops you while you’re on your Smartphone, you should:

A. Remain inside your vehicle and place your hands in clear view
B. Offer him a nosh then put him on the phone with your youngest daughter, who can not only vouch for you, but needs practice talking to men

7- When entering a freeway, you must:

A. Match the speed of the traffic
B. Drive at least 20 mph faster than the ramp speed to quickly find a gap so the chazzer behind you doesn’t cut in front, thereby causing a danger to you because he thinks his business his more important than yours

8- Which of the following greatly affects your stopping distance?

A. Type and condition of tires
B. Your wife sitting beside you who yells, for example, “STOP HERE HARVEY!”

9- Who in the car must be in an approved restraint system in the back seat?

A. Anyone under age two
B. All the kinder until they either reach puberty or the teacher confirms they are unusually gifted for ten years old

10-If you see a pedestrian with a white cane at a crosswalk, you should:

A. Give the pedestrian the right of way at all times
B. STOP immediately, leave your vehicle, run to the crosswalk, and offer to help him cross. It’s a mitzvah!

11-What does the two-second rule mean?

A. You should keep at least a two-second distance between you and the car ahead
B. If you’re the passenger, you should check with the driver every two seconds to see if he’s sure he knows where he’s going

12-What is true about driving too slowly?

A. It is against the law if you block traffic
B. You could miss the Early Bird Special!

13-If you have a blowout, you should take your foot off the gas pedal and:

A. Steer straight ahead until it’s safe to stop
B. Check to see if the hole is on the top of the tire or the bottom, and if it’s on top, drive home

14-Using a cell phone for texting or electronic messaging is:

A. Illegal
B. Legal, if you’re texting your daughter to report a nice young man next to you with M.D. plates who, when you casually fished at the light, mentioned he wasn’t married

15- When two vehicles arrive at an intersection with no signs which should be given the right-of-way?

A. The car approaching from the right
B. The fanciest. Obviously this person’s a macher with more important business to get to than the shlub in the 1985 Dodge Dart

16-A flagger in a work zone directs you to do a U-turn against the sign. What should you do?

A. Make the U-turn
B. Call the police immediately. In those orange suits, he could be an escaped convict for all you know

17- When driving on a slippery surface such as snow or ice, you should:

A. Be especially careful on bridges
B. Tell yourself, “Oy am I a nudnik? Why am I driving in the ice and snow?!”

18-What should you do if a large car such as a Mercedes tries to cut in front of you? A. Let him in if it’s safe
B. Speed up, then look back and out the window yell: “Hitler drove that car! May you sit on that ramp till Tisha b'av, then may your German car refuse your orders to move when your Auto Club’s on strike for a month!”

19-What does defensive driving mean?

A. Protecting yourself and others from dangerous and unexpected driving situations
B. Assuming others will misunderstand your Jewish driving and being prepared, as usual, to defend your actions to every shmegegge on the road!

SCORING: 17-19 “B” answers. Mazel Tov! You can drive day or night from Scarsdale to Tel Aviv! 13-16 “B” answers. You may drive only with restricted license “W” for “Wife Beside You.” O-12 “B” answers. You’re Gentile, so we suggest you study this test then re-take it should you be planning to drive anywhere in or around Miami.

The New Jewish Calendar
Grilled Israeli Lamb and Veggie Kabobs Recipe
How To Barbecue Like an Israeli
Pain is a Reality; Suffering is a Choice
Comments
MOST POPULAR IN Funny Stuff
Our privacy policy