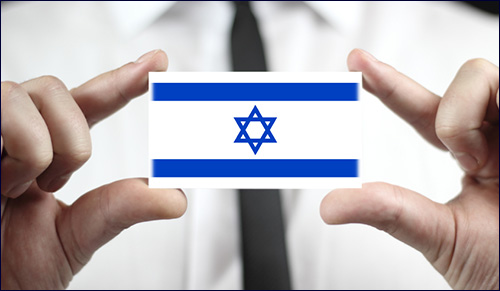 How real is your Jewish identity?

For the past 10 years, psychologist Carol Dweck at Columbia (now Stanford) has studied the effect of praise on children. Her seminal study on 400 fifth-graders sheds light on the stuff that people are made of. Students were administered a series of IQ tests. After the first test, one group of students was praised for their intelligence, while the other group was praised for their efforts.

The second group – those praised for their efforts not talents – consistently proved to be more ambitious when offered a choice between an easy test and a more difficult test. They took responsibility for their failings when unbeknownst to them were given a test beyond their abilities. And, fascinatingly, they did 30% better on follow-up tests than their original test. In contrast, those praised for being smart alone, ironically did 20% worse on follow-up tests than the initial control test they took.

Why is this the case?

The stuff a person is made of is the stuff of truth. If we're praised for being smart, attractive, charming, etc., part of us would like to feel good about it, but in our heart of hearts, we know that we deserve zero credit for any of those qualities. Almost as surely as if we were praised for being tall when we knew we were short.

We truly live at the battlefront where we make choices.

We received our gifts either through nature or nurture, and therefore the praise is misplaced. It may be true that we're all those things, but the praise as praise is just not true.

We truly live at the battlefront where we make choices. My self, in the truest sense, can be found only at the point at which I am exerting effort.

You don't choose to be gifted, but you do choose what you do with those gifts. In fact, the only thing we choose is how hard we try. If we get recognized for our efforts, that rightfully fortifies our self-esteem, and motivates us to keep trying. On the other hand, the seeming "nicety" of praise for being smart, if detached from the effort we made to work hard, has the opposite effect. It causes us to rest on our laurels and simultaneously feel bad for not making the full use of the gifts we've been given – resulting, counterintuitively, in decreased self-esteem.

Self-esteem must be real. It can't be faked. So how we perceive ourselves must be an accurate reflection of the stuff of what we're made of – which is the fruit of our efforts.

The dichotomy between real and false esteem comes to play with our Jewish identity as well.

As someone who works with 20-something college students, I see upfront that Jewish identity is vanishing. Less and less young Jews identify as Jewish. And the reason is simple: identity must be real. It cannot be based on superficial factors alone. Camp songs, Seinfeld reruns, and mother's guilt just won't cut it anymore. A previous generation’s nostalgic connection has no real bearing on our inner core.

Anti-Semitism forces us to confront our Jewish identity.

Most young people are content to leave their Jewish identity undefined, nebulous. Until they encounter the reality of anti-Semitism, a cosmic force programmed into the fabric of human history that serves as the crucible for our identity through its applied heat. Anti-Semitism forces us to confront our Jewish identity.

If our response when attacked for being Jewish is, "Maybe it's something we did wrong," our self-doubt compels us to run and try to fix the flaw, like the bullied teenager who changes his wardrobe to avoid the bully's criticism.

But the proud Jew who understands the meaning of Jewish has a different response. When he sees the protests, the riots, the arson of a major kosher super market, threats of attacks on civilians, outcries that remain unheard to massacres many times larger, he is emboldened to take a stand to be unapologetically Jewish. The response is a galvanizing of Jews together.

In the face of raw, unadulterated hatred, we are challenged to stand taller and prouder. It cuts away the superficiality that comprises our Jewish identity and compels us to discover something much more real within.

We are living in difficult times. Platitudes, propaganda, and politics are showing their true colors. May we use these forces to deepen our Jewishness and unify, to show our true colors as well.

Riding Through Cancer
The 21st President of the United States: Failure or Inspiration?
Hiding Their Jewishness
The Jewish Pope: Following the Questions Home
Comments