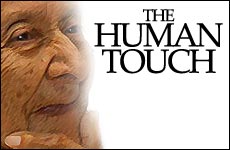 A letter jolted me out of my complacency, reminding me that real change is truly possible.

Each year, as the first blast of the shofar sounds, my soul twinges. For with late summer vacations and the back-to-school frenzy, I am usually completely unprepared for the challenge the mournful wail issues. This year, however, I received a letter that jolted me out of my complacency and made me start thinking a bit earlier about the opportunities of the New Year. As I read it, I was reminded of a time over ten years ago...

"MEDICAL STOODENT! MEDICAL STOODENT!!" The shout reverberated down the long corridor. I startled and looked up. Purposefully striding down the well-scrubbed hall were five men in long white coats. Backlit by the early morning sunlight beginning to wash through the windows, they appeared larger than life, like the saviors of a universe in a B-rated movie.

But this was not a movie, this was a County hospital. And though their demeanor definitely suggested that of cinematic heroes, they were not world saviors. They were SURGEONS. It was 5:30 a.m., I was 24, on my first clinical rotation as a third year medical student, and I had entered into their territory where I would reside for the next six weeks. The domain of the surgeon was unlike any other I had ever seen, and certainly my two years of book learning had not at all prepared me.

They started their day well before sunrise, and finished after dark. Pithy statements governed their habits: "Eat when you can, sleep when you can, and DON'T MESS WITH THE PANCREAS!" As residents at the largest County hospital west of the Mississippi, they were constantly busy. The sound of their beepers punctuated any quiet moment and it seemed there were an endless supply of appendectomies, gallstones, and gunshot victims.

Perhaps the sheer intensity and pressure dictated that they, much like soldiers, became detached.

Perhaps the sheer intensity and pressure dictated that they, much like soldiers, became detached. The chief resident, Dr. David Rosen, who was six years into the program and highly skilled, epitomized this attitude. After a particularly hard case where they were unable to save the patient, he would quip to the other surgeons who were noticeably shaken, "Well, all bleeding eventually stops …"

He led his team of underlings through the busy hospital floors and expected the crowds to part. Remember, these were the surgeons. Frequently, he would stop and pepper his group with complicated technical questions, and scoff if they did not get them right. He was training them to be tough -- to have the audacity and ego to cut into people, and he took his job very seriously.

My six weeks passed in a blur of sleepless nights on call, drawing endless tubes of blood and holding open multiple diseased abdomens. Even I, with a distinctly internal medicine bent, began to depersonalize the numerous patients. The intricacies of their family life are inconsequential if their appendix is about to burst.

But one patient stands out. In retrospect, I think even the surgeons recognized something about her because they nicknamed her "Yoda."

She was 75 years old, brought into the hospital from her small town in Oaxaca, Mexico and I was assigned to examine her. When I first approached her bed, I noticed something was very different. Far from the chaos that characterizes hospitals, a sense of tranquility lingered around her. Her creased, weathered face peered out from under the sheets, her expression warm and welcoming. She smiled with her entire face, and from the time I entered the room I could feel her crinkled glance on me, watching and learning.

In my halting Spanish, I found out from her sons that for one month her abdomen had been increasing in girth, but they had only been able to convince her to come to the U.S. after her skin turned yellow. She had a job to do in her small village; she was the highly revered healer.

When I examined her abdomen, she clasped my hand and held it to the place that hurt. My hand tingled in her grasp as if she were transmitting some sort of energy. I looked into her eyes and I got chills. Her gaze was transcendent. The flecks of light appeared to be summoning the wisdom of the ages. Transfixed, I stared into the deep brown depths a few seconds longer, but my beeper went off and I had to leave.

A few tests revealed what even I, as a third year student, knew to be bad -- pancreatic cancer, a usually fatal diagnosis. For the surgeons, however, this was an opportunity, a chance to try the vaunted "Whipple" procedure. In ten percent of pancreatic cancer, a Whipple procedure is curative, and the chief resident was eager, almost excited, to add this complicated surgery to his repertoire.

The surgeons walked into her room en masse and the attending physician asked Yoda to stand up so he could examine her.

There she was -- all 4'8" of her, in a long white nightgown, her gray hair cascading down her back, surrounded by the large group of surgeons. Each was over a foot taller than she was, in freshly starched white jackets, intently listening to the senior surgeon and trying to curry favor by shouting out answers to his questions.

Yoda's eyes settled on the chief resident. He was tall, confident and unscathed, while she was stooped, serene and almost angelic.

Far more interesting than the surgeons' interaction, however, was the sun streaming through the dirty windows lighting up tiny bits of floating dust in its path. It played not on the surgeons, those paeans of vitality, but on Yoda, illuminating her in an almost ethereal light. She looked up at the surgeons not with fear, but rather bemusement and compassion. As they pontificated and jockeyed for position, she turned her gnarled gaze on each surgeon until her eyes settled on the chief resident. The juxtaposition was striking; he was tall, confident and unscathed, while she was stooped, serene and almost angelic.

The next morning they opened her abdomen, found it riddled with cancer and, unable to do anything, closed her back up. I found out from her sons that she was going back to her village to die.

Three years later, in a fancy private hospital across town, I was an intern on the Oncology ward. Late one Saturday evening while on call, I noticed a familiar person. It was the chief resident, but he looked entirely different. His confident swagger had been reduced to a slow, slouched struggle, and his eyes that once sparked with the glint of conquest were flat.

"Oh, Jackie, please call me David," he mustered. "No, I'm here for her… she's my sister…" He pointed to a hospital room where a 36-year-old mother of two young kids was dying of cervical cancer.

He came not as a powerful surgeon, but as bereaved brother.

He went into the room and a few hours later came out. I could see the grief that wet his eyes, but behind it was something new; the bravado was gone, replaced by vulnerability.

He looked at me somewhat absently and shook his head slightly. "Oh God, it's so different on this side."

He took a deep breath and walked away, broken, shaking his head. His sister died early the next morning.

I didn't think about him again until recently when I received a letter. Actually, a catalog of course offerings at my old medical school. I smiled when I read the title of a new required seminar:

"Morality in Medicine: How to Apply the Human Touch to Surgery," taught by Dr. David Rosen, my chief resident.

For some reason, I thought back to Yoda and her wise eyes. I doubt when she was fixated on the young chief resident that she was praying to be saved. I think she knew her fate. I wonder if in her gaze she was hoping that he would open his eyes to the pain and suffering around him, and allow himself to be softened by it, to be affected by it. Or maybe she prayed he would close his eyes tightly and listen to the clarity within. Or maybe both.

I don't know, but this year on Rosh Hashana, as the shofar wails, beseeching us to change -- to see outside the trivia of our own lives, but also to have the courage to listen to the tiny voice within -- I will be thinking about the ancient, clear eyes of Yoda, and about the remarkable transformation of the surgeon, and be heartened to know that real change is truly possible.

Remembering Ari Fuld: Miracle In Lebanon
It Takes A Lot Of Faith To Be An Atheist
How Instagram Brought Back This Nostalgic Soup
What Makes Eli Run?
Comments
MOST POPULAR IN The High Holidays
Our privacy policy