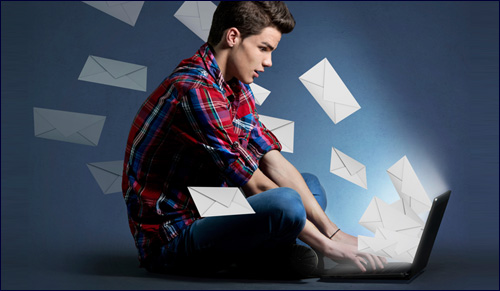 Hillary isn’t the only one who has had problems with email. Check out these Jews who wish they’d destroyed their email servers.

The FBI investigation into former Secretary of State Hillary Clinton’s unsecured email account is not just a fact-finding venture – it’s now a criminal probe, according to several sources. The feds are investigating to what extent Clinton relied on her home server and other private devices to send and store classified documents, according to a federal source with knowledge of the inquiry.

Clinton herself has said she is “confident” that she never knowingly sent or received anything that was classified via her private email account. But the inspector general for the intelligence community has told Congress that of 40 Clinton emails randomly reviewed as a sample of her correspondence as secretary of state, four contained classified information.

All of this raises the question, of course: What Jewish emails through history could have gotten their famous senders in trouble, or at least gone viral? I like to think that if these famous Jews had had social media, it would have made it so much easier for them to dash off the following messages. No doubt, the following day, when they had had enough sleep and come to their senses, they might have felt a twinge of regret for having sent them. Well, you be the judge.

Franz Kafka: Mr. Leibowitz, I apologize for asking your daughter to dress up like a cockroach.

“As the Jewish creators of Superman, we felt it important to let our comic’s publisher know of our wishes regarding the background and character of Superman. First and foremost, Superman was always meant to be Jewish. After all, like we Chosen People, he was also chosen. Consequently, we should see him keeping kosher and avoiding any crime-fighting or world-saving activities on Shabbat. Which, of course, ups the stakes since the villains can all target their dastardly deeds for Shabbat. Superman of course has been circumcised (perhaps we see the bris in a flashback), has had a bar mitzvah, speaks fluent Hebrew, enjoys Israeli folk dancing, visits Israel frequently, and has a weakness for bagels, lox and whitefish. Finally, we would like to change his name to Supermensch. Thank you.”

“Mother, I find myself consumed with the strongest desire to murder father and then marry you. How does that make you feel?”

“Mr. Leibowitz, I know you banned me from ever dating your daughter again. But I was hoping to change your mind by offering a sincere apology for asking her dress up as a cockroach.”

“Monique, I know you said you wouldn’t date me if I was the last man on earth, but how about if I developed the general theory of relativity, one of the two pillars of modern physics. I mean, Clark Gable’s looks will eventually fade, but I’ll always have the Nobel Prize in Physics.”

To The Soviet Chronicle: “Just wanted to clear up a little confusion about me. I’m the Leon Trotsky who’s the facilitator of the Russian Revolution; not the Leon Trotsky after whom the Kentucky Derby horse ‘Trots’ was named.”

To Ringling Brothers Barnum & Bailey Circus: “Sirs, you have left me no choice but to direct my attorneys to serve you with this cease and desist order for this reason: It is obvious to everyone in the world, except apparently you, that the lyrics to my hit song, ‘Send in the Clowns’, was a metaphor – not an order to your circus to actually send me 24 professional clowns. Kindly stop sending them and remove those already here.”

To the IRS: “Dear IRS, thank you for requesting my late tax payments for the years 1917-1924. I really would like to send you those payments; unfortunately they seemed to have disappeared.”

“Dear U.S. Congress, thank you for awarding me and my brother Ira the Congressional Gold Medal for our songwriting, in 1985. Unfortunately, I died in 1937. I look forward to thanking each of you in person here after your demise.”

To United Foods Corporation: “Dear Sirs, please find enclosed my original song, as per our advertising agreement, titled ‘Oh Chopped Liver,’ to be sung to the tune of my ‘Ol’ Man River.’ Looking forward to your response. Jerome Kern.

There’s a great dish that my mother made me
There’s an old dish that I love to taste
What do I care if it’s also fattening?
When I consume it there is no waste

Says if I eat ‘em
Will make us both sick
But oh chopped liver
I just keep dreamin’ of you.

To the Royal Shakespeare Company. “Sirs, I would like to offer a few suggestions which I believe will make your archaic, stuffy little play ‘Hamlet’ much more popular with audiences. First, the main character’s appearance is far too ordinary. I recommend adding some zing by dressing him in a long black open coat, giving him some wire-rimmed eyeglasses, a thick, painted-on moustache, bushy eyebrows and a cigar. I would further surround him with a few idiotic brothers, one of whom plays the harp. I would give him and the play a more Jewish feel by changing its name to ‘Hamletsky.’ Finally, instead of the skull in the graveyard scene, I would make it a whoopee cushion. Which is much funnier. You’re welcome. Groucho.”

Yoga for Dummies
Morality and Abortion: Three Views
There Are No Limits
Adam and Eve Were Vegan
Comments