The Gift of Failure 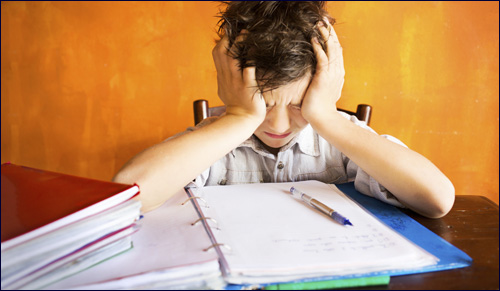 “Only those who dare to fail greatly can ever achieve greatly.” – Robert F. Kennedy
“I have not failed. I’ve just found 10,000 ways that won’t work.” – Thomas A. Edison
“Success is stumbling from failure to failure with no loss of enthusiasm.” – Winston Churchill

Robert F. Kennedy, Thomas Edison, and Winston Churchill, three men who changed the history of the twentieth century, viewed failure as part of the process of success. In her book, The Gift of Failure: How the Best Parents Learn to Let Go So Their Children Can Succeed, Jessica Lahey writes about the significance of failure in children’s lives. She explains that early failure and its consequences help children develop a toolbox of skills to gain autonomy and competence for later in life.

Paul Tough, in his book How Children Succeed: Grit, Curiosity, and the Hidden Power of Character, outlines the skills and character traits children attain by encountering and overcoming failure.

Persistence. Persistence is about knowing what you want and not stopping until you get it. Remember Watty Piper’s The Little Engine that Could? While the little blue engine is the smallest of all the engines, she is the only one who agrees to help the dolls and toys over the mountain. Though it is unclear whether such a small engine can succeed, the engine repeats to herself, “I think I can. I think I can.” And eventually makes it to the other side of the mountain.

It is just this persistence or perseverance that we need to teach our children. When struggling, we need to push ourselves in order to reach our goal. Like all non – cognitive skills, persistence cannot be taught through a worksheet. As parents, we can be role models for our children and teach them that when things are tough, they still need to keep trying. Setting our own goals (whether they are fitness, educational, or personal goals) and then sharing our triumphs and failures with our children will teach them that it is okay to fail and then keep on working towards a goal. Parents and educators need to model persistence and encourage second, third, and twentieth tries.

Grit. Grit goes hand in hand with persistence. Children who fail and then pull themselves up and start again are exhibiting grit. They know that though it is painful and their knees are scraped, they can try again. Without grit, there is no persistence – and every failure is final.

Self control. A famous study in the 1960s, often dubbed the “marshmallow test” tested children on their self – control. The very young children were handed a marshmallow and told that they could get a second one if they waited until the researcher came back in the room in order to eat the first. Some children ate the first right away and did not receive a second, but others sang or talked to themselves in order to avoid eating the marshmallow. Eventually, when the researcher returned, those children received a second marshmallow. The researchers then followed those children for the next several decades.

What the researchers found astounded them. Those children who had managed to control themselves in order to get the second marshmallow had more successful marriages, careers, and lives in general. The ability to control themselves and delay gratification ended up allowing them to set goals and achieve them even if it meant waiting a bit along the way. Helping children set goals and then working with them to achieve them is an excellent way to develop self – control.

Curiosity. Curiosity is about asking questions and wanting to know how the world works. The truth is that you cannot “teach” curiosity. You can, however, model curiosity when your children are little – asking your own questions and working with him to look them up. You can also answer his questions, regardless of how silly or frequent they are. These questions will get longer and more important and as time goes on he will develop skills to answer them himself.

Self – confidence. Self – confidence is about believing yourself. In order to take risks, fail, and continue again, you need to be confident that you are strong and capable. Part of self – confidence comes from success – and part of it comes from overcoming failure. As parents and educators, we have to let children fail when they deserve to fail in order to help them learn to overcome that failure.

The greatest gift you can give your kids is the gift of failure. Trust me, they’ll thank you later.

7 Ways to Get your Kids to Help You This Passover

I Don't Argue with You: Raising Kids without Raising Your Voice

From the Heart of a Child

How to talk to your kids about smoking: the Jewish perspective
The Connection between Israel and the Jewish People
Grit and Torah
Why We Can’t See True Reality
Comments
MOST POPULAR IN Parenting
Our privacy policy