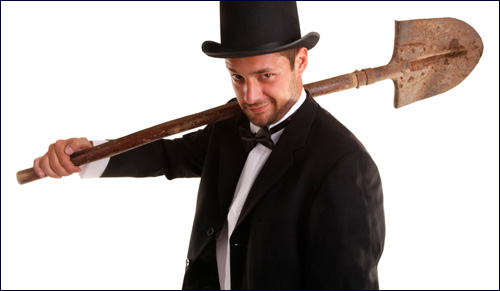 When the unbearable becomes the norm.

Last Thursday, I was informed of the death of a woman who I did not know. She was relatively young, only 64 years old. She left behind three sons and grandchildren.

It was a steamy, stifling, hot and humid day; the temperature was hovering over ninety degrees. The funeral was held in Far Rockaway. I drove from New Jersey to New York to officiate at the funeral of a woman I never knew.

We continued to the cemetery in Elmont, New York for the burial. When we arrived at the cemetery we proceeded to carry the coffin to the grave, and we commenced the burial. Everyone took turns with the shovels and we all assisted each other in the burial.

The day was stifling hot and most of the men removed their jackets. Their brows were filled with sweat and their pants became dirtied as the hot dust swirled all around. The sons and the sisters of the deceased were overcome with grief.

All of us were exhausted and spent. We were drained both emotionally and physically.

We all felt the heat of the sun and the pain and grief of the mourners. It was an emotionally laden experience.

The funeral came to a conclusion and we all proceeded back to our cars. As I sat down in my car I felt drained and weary from the events of the day.

Every funeral is filled with grief and pain. However, perhaps because of the heat and because of the relative young age of the deceased, I was very tired and wasted.

All of the sudden, I looked up and saw the funeral director standing over me by my car window. He asked, “Did you give me back my knife? It is the only one I have and I cannot find it.” I felt terrible at the thought of not returning his knife and began to search my pockets. I said to the fellow, “I cannot find the knife, I am so sorry. I will replace it for you.”

About ten minutes later, after everyone had returned to their cars and we were about to exit the cemetery, I realized that I better get the address of the funeral director to send him a new knife. I approached his car and said, “I am really sorry for losing your knife.” He looked at me and said in what appeared to me to be in complete seriousness, “Don’t worry, I have a whole list of things about you which I have a problem with!”

I was stunned and taken aback.

I had just met this man about two hours ago. Our interactions seemed to me to be limited to my borrowing his knife. Was there something I had said or done during the funeral which had offended him? My mind was racing in its attempt to figure out what I could have possibly done to offend this man who now has a list of things about me which he has a problem with.

I looked at him and said with total supplication, “I am so sorry, please tell what I have done to offend you?”

His face broke into a broad smile as he said, “Oh, I am just kidding around with you. You have done nothing to offend me and don’t worry, I found my knife – you did give it back to me. I like to joke around with people. By the way here is my card and I am licensed in New Jersey as well.”

I smiled meekly, took his card and returned to my car. As I sat down, I realized I was shaking.

“What’s wrong with this picture?” I asked myself.

We have just completed burying a 64-year-old mother of three. This was not a time to laugh.

We have just completed burying a 64-year-old mother of three. It’s about 100 degrees outside. We are all exhausted and our clothes and shoes are filled with the dust of the earth after burying a Jewish mother and this man informs me that he likes to joke around with people!

Thinking about this on the drive home, I realized that because this man is always involved in death and burial he has become hardened and no longer is touched by the tragedy of death. To him it is a regular part of his life.

Death has become the norm in his life.

As I drove on, I thought of the fact that we are now in the midst of the Three Weeks (and now the Nine Days), the time of national mourning for the Beis HaMikdash, the holy Temple of Jerusalem.

How do I find it possible to joke around today? How can I crack a smile and a laugh when I am supposed to be in the midst of mourning for the destruction of both Temples? Am I not exhibiting the exact same callous and cavalier behavior which I found so distasteful in the funeral director? How can I smile and kid around when at this time of the year, thousands and thousands of Jews were being killed and ultimately the Beis HaMikdash would be destroyed?

Have I become as casual and cavalier in my reactions to death as the funeral director?

The more I thought about it, the less smug I felt about myself and the less scornful of the funeral director. I started feeling more and more ashamed of myself for my lack of feeling for this time of the year.

Have I become unmoved because of the fact that I have lived every day of my life without a Beis HaMikdash? Is my skin no longer responsive to the pain of the nation?

As I drove, I felt sadder and sadder; not so much for the nation but rather, for myself. I was saddened by the realization that the destruction had become routine in my life; something standard and unexceptional and – most troubling – almost natural.

As the realization hit home, I pulled over to the shoulder of the highway and I cried.

I cried not for the Beis HaMikdash, and not for the destruction of Jerusalem. I cried for me, and for the realization that I too had become a funeral director.

Excerpted from Rabbi Eisenman’s new book, For Everything a Time.

The Heart-Rending Cry
Faith: the Axis Upon Which the Wheel of Science Turns
Love - Not Just About Chemicals Anymore!
Is There a Moral Code in a Virtual World?
Comments
MOST POPULAR IN Israel
Our privacy policy