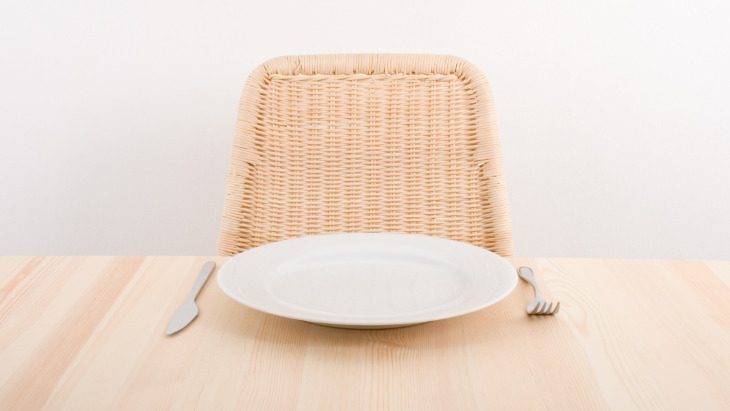 This Passover, take the first step towards ending estrangement within your family.

One of the best-known elements of the Passover seder relates to four children – smart, rebellious, simple, and not sure how to ask questions. In today’s fractured society, another person is all too often missing from the seder table. That fifth child is actually an adult…a member of the family with whom we have little contact. This is the relative, who, for whatever reason, we don’t speak to.

Maybe there were disagreements over choices people made, or money, or who knows what. Over time, alas, positions hardened, and now relatives, or entire branches of families, no longer speak to one another. These family feuds can go on for years, decades, even lifetimes, if no one speaks up.

In today’s crazy world, the split might have been over politics. In the past, when it came to political differences, most people could “agree to disagree.” Today, unfortunately, a bitter divide exists along political lines in our society, and relationships, marriages, and even families have broken up over differing political views.

Or maybe it was a personal matter, in which one member of a family said or did something that at least one other person found unacceptable. Maybe A didn’t like B’s choice of mate, or career, or approach to raising his or her children. Maybe it was an offhand, hurtful comment that created deep emotional injury. Maybe the comment was offhand and was meant to hurt. But now, for whatever reason, the principals in this drama aren’t speaking and everyone else in the family has had to choose sides.

Sad to say, this scenario plays out all too often, and these disputes take on lives of their own. There are probably 10th generation Hatfields out there who still have it in for 10th generation McCoys. But while those sorts of family feuds are the stuff of history or fiction, there are plenty of real family battles that have gone on for years and appear to have no end in sight.

This Passover, it’s time to end those battles. Not to get depressing, but everybody dies. Everybody. This includes the relatives with whom you may be having a longstanding disagreement. There are few feelings worse than realizing that a parent or sibling with whom you had an ongoing, simmering dispute is now dead and gone and that problem can no longer be resolved.

Is any disagreement worth it?

One message of Passover is humility, that God runs the world, and that our own egos can keep us from connecting deeply with God and our fellow humans. The shift from bread to matzo symbolizes this point. Bread puffs itself up as if to say, look how great I am. Matzah, on the other hand, is referred to as lehem oni, poor man’s bread, lacking in the slightest shred of ego.

The problem is that everyone’s waiting for everyone else to take the all-important first step. This Passover, break the cycle.

Ego itself stands for “edging God out”, for believing that we, like Dr. Seuss’ Yertle the Turtle, are the rulers of all we see. Of course, we all know what happened to Yertle.

If Passover asks us to set aside our egos and recognize that Something greater than ourselves is in charge, why can’t we set aside our ego-based disputes with family members or friends and put those disputes where they belong—in the past?

The problem is that everyone’s waiting for everyone else to take the all-important first step.

Passover celebrates the Israelites’ miraculous escape from Egyptian bondage, the splitting and crossing of the Reed Sea, and the enjoyment of freedom for the first time in centuries. According to the Midrash, a Jew named Nachshon took the plunge into the waters of the Reed Sea, and his courageous action caused the water to split and dry land to appear beneath it.

In other words, somebody has to take the first step, even when the deep waters of disagreement are swirling.

In your family or friendship circle, is there someone with whom you have had a longstanding dispute? A parent, a child, an estranged relative of any stripe, a one-time best friend? With the wisdom that time and distance confer, does the fissure between you and your estranged relative or friend really make sense anymore? Isn’t it time to put it to rest, while you are both on this side of the grass?

This is the time to reach out to that person, let bygones be bygones, and move on. The biblical Nachshon didn’t wait for others to take the first step. He took it, and everyone benefitted. Isn’t it time for you to be Nachshon in your own family, and set aside your own ego for the greater good?

This year, make a place at your Seder table for your estranged family or friend. How can we expect outside forces, whether they are the government, the schools, or even God, to make the world better, if we aren’t willing to take a simple step ourselves?

This year, set a place for the “fifth child” at your Seder table, the one from whom you have been estranged.

If you do, this will be the most meaningful Seder of your life.

Bombs Over Germany: A Passover Video
It Takes A Lot Of Faith To Be An Atheist
How Instagram Brought Back This Nostalgic Soup
What Makes Eli Run?
Comments
MOST POPULAR IN Current Issues
Our privacy policy