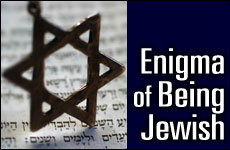 Are we a religion or a race? Or something entirely different?

What are Jews? What do we mean when we say that someone is Jewish?

It’s a deceptively simple question (try and answer it yourself!). There are three answers that people usually give to this question, and they’re each problematic in their own way:

Problem: In every other religion in the world, your “membership” in the religion is established by adhering to the beliefs and practices of the religion. You can’t reject belief in the divinity of Jesus and still call yourself a Christian. And so too with Buddhism, Hinduism, and all the others. Yet, a Jew can call themselves an atheist, can totally reject all Jewish values, beliefs and practices, and they’re still 100% Jewish. So it’s not a religion.

Problem: First of all, there are Jews of all races. There are Oriental Jews, Ethiopian Jews, Persian Jews, Caucasian Jews… just walk down any street in Israel – it looks like a United Nations. And more so, we know that being Jewish isn’t racial because anyone can join. One can convert and become a Jew. You can’t become Chinese. You can move to China, pick up the language, become a citizen, eat Chinese food, but it doesn’t change your race. So being Jewish has nothing to do with race.

Do we have a common language? Kamma mechem medabrim ivrit? (If you just said “huh?” you proved my point).

Do we have a common culture and history? We might say that all Jews – Sephardic, Ashkenazi, Yemenite, Ethiopian, Persian had a common history 2,000 years ago when we were all living in Israel. But now? Most of us have a lot more in common culturally with our fellow non-Jewish neighbors than we do with a Jew from Yemen or Ethiopia.

Rabbi Steinsaltz points out, that the most common reference to the Jewish people in Torah is the term “bnei Yisrael”, literally the children of Israel. Why? Because all of us are the children of our forefather Jacob, whose name was changed to Israel.

All Jews that you ever meet are all Jacob’s kids. So what does that make us?

Appreciating this creates an immediate bond to all Jews around the world – Jews facing anti-Semitism in France, “unaffiliated” Jews in the U.S., chassidim, Ethiopians, soldiers, Jews in bomb shelters in Sderot, proud Jews and disinterested Jews, converts (they’re the ones that our family adopted), left wingers and right wingers… we’re all one family!

And we have a home! Many of us know that feeling when the plane lands in Israel. We don’t have the world’s nicest beaches, or fanciest museums and cafes, or exciting entertainment, but hey! It’s our home. And there’s just no place like home.

And yes, at times we are a dysfunctional family with members having different opinions, customs and practices all under the same roof. But in a healthy family, you love and accept people even if they don’t think the way you do (Believe me I know…I’ve got teenagers). You love them even if you think they’re crazy (Like I said – teenagers).

Realizing we are all family expands our boundaries. How can we watch our family in Sderot being bombed and allow ourselves to think of it as “their problem”? How can Jews in the West look at the Iranian nuclear threat and think of it as Israel’s problem? How can anybody look at Jews who are lost, unable to find their way home, and think “as long as they’re happy”?

In addition to being called the Children of Israel, the Torah also calls us Am Yisrael, the Nation of Israel. That means that there is another dimension-that we’re a unique family because we also have a mission in the world. We’re a nation that’s meant to impact nations. To exemplify kindness, justice, responsibility, and be a “light unto the nations.” But being a light doesn’t mean to missionize. It means to lead by example.

When houses were built long ago before electricity, the windows were often made narrow on the outside and wider on inside, to let in more light. The Sages of the Talmud ask: Why were the windows in the Holy Temple made the opposite way – narrower on the inside and wider on the outside? They answer: the purpose of the Temple windows wasn't to let natural light in, it was to project the spiritual light of the Menorah out. As we light the Hanukkah candles, let us meditate on the power and the potential of the Jewish people. The more we, as the Jewish family, generate a strong light – of love, justice, compassion, wisdom, personal and social well-being, the more others can benefit from this light.

And if we can build our families and communities, reach out to others, and really show what it means to treat each other like brothers and sisters, then we generate a light that really can inspire and heal world around us, the brotherhood of humanity. 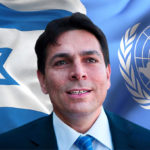 Why Do We Bless God?1 min read

Sukkot and the War against Terror5 min read