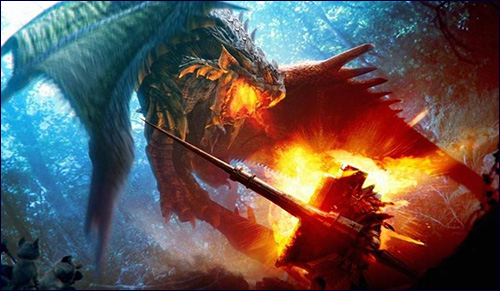 Marcie Alter is an unlikely dragon slayer. She is almost totally paralyzed. She breathes through a tracheotomy tube, and can neither speak nor eat. Yet, from her bed in Jerusalem’s French Hospice, she wages a steady battle against her own inner dragons, especially that frightening dragon that proclaims: “It’s too hard. Don’t even try, because it’s just too hard.” Marcie vanquishes that dragon daily with the sword of courage and determination.

Marcie, aged 49, is writing her autobiography, although the only way she can type into her special computer is by moving an electrode glued to her forehead.

Marcie recently published a cookbook , although she hasn’t eaten in eight years. (She is fed by a feeding tube to her stomach.)

Marcie learns Torah every day, although she cannot turn the pages of a book.

Marcie founded a Happiness Club in the hospice where she lives, although she has nothing ostensibly to be happy about. 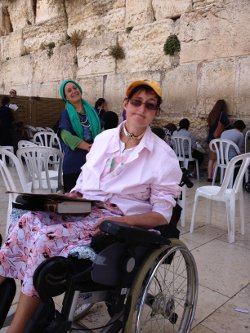 Marcie prays every morning with devotion and joy, although she cannot speak. A lesser soul might be angry at God for the cavernoma (bleeding in the brain) that left her totally paralyzed eight years ago, at the age of 41.

Yesterday morning I intended to go to pray at the Kotel (the Western Wall), a seven-minute walk from my house in the Old City of Jerusalem, but I got interrupted by a phone call, a houseguest, and my son. I thought, It’s getting late, I don’t have the time, it’s really a strain on my problem right knee, walking the 140 steps to and from the Kotel is hard, I have so much to do today, it’s just too hard …

Then I noticed on my wrist what I call, “My Marcie Can-Do Bracelet,” one of the products of the jewelry designing business she started last year. (Marcie designs the jewelry and, since her hands are paralyzed, her friends string it.) Someone had told me that Marcie has undertaken to go to the Kotel for 40 consecutive Sundays, her adaptation of an ancient custom to pray at the Kotel for 40 consecutive days in order to receive a longed-for blessing. (I’ve done it; it works.) The blessing Marcie yearns for is a surgery that will separate her fused jaws and enable her to eat. But how can paralyzed Marcie, who lives in Jerusalem’s French Hospice, possibly get to the Kotel?

Her saintly friend Emunah Witt HaLevi pushes Marcie in a wheelchair to a nearby bus stop. The bus driver helps set up a ramp, and Emunah pushes Marcie on, maneuvering the bulky wheelchair into the crowded bus. They have to change busses once, and then it’s a ten-minute uphill push to the Kotel. 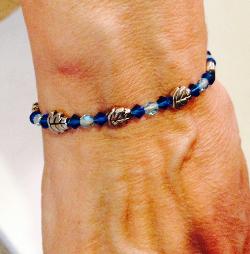 Looking at my Marcie Can-Do Bracelet, I thought, If Marcie can get to the Kotel, of course, I can, too! Time constraints, the pain in my knee, the specter of the 140 steps, and my worries about getting everything done—all magically vanished. With the vigor and vim I used to feel three decades ago, I walked to the Kotel, the bracelet like a fuel packet propelling me along.

If You Can Give, You Can Live

Inspired by reading articles on Aish.com, Marcie Alter made aliyah from Pittsburgh in 2003 at the age of 38, a single mother of one son. She was excited to start a new life in Israel, and took up residence at Sde Eliyahu, a religious kibbutz in the north.

During those first months of her alert, intelligent mind trapped in the cage of an inert body, Marcie prayed to die.

Three years later, she experienced her leg going numb. The doctors at Jerusalem’s Hadassah Hospital diagnosed bleeding in the brain. They did three surgeries before they were able to stop the bleeding. The surgeries, so close to the brain stem, saved her life, but left her paralyzed and unable to speak; she can move only her head and make jagged movements of her right forearm.

During those first months of her alert, intelligent mind trapped in the cage of an inert body, Marcie prayed to die. Then she realized that her life could still have purpose and meaning, that even in her limited state she could still help people. This was an epiphany for her. If you can give, you can live. Marcie started to think of ways she could benefit others.

This realization banished Marcie’s suicidal thoughts. But she was still confined to her bed in the old, dilapidated hospice. Venturing out in her totally incapacitated state made Marcie feel as vulnerable as a bound person pushed into water. Whenever the staff tried to take her out in a wheelchair, Marcie would have a panic attack.

Around that time, Rebbetzin Tziporah Heller started to come weekly to deliver a class on the weekly Torah portion just to Marcie. She also sent volunteers from Neve Yerushalayim, where she teaches, to visit Marcie and read to her from Torah-oriented books.

One such volunteer, Ariela, became engaged. Ariela begged Marcie to come to her wedding. It was a daunting, frightening prospect, but Marcie overcame her own fears in order to fulfill Ariela’s wish. She agreed to go. The volunteers dressed Marcie up, outfitted her with a hat, and applied make-up. Then she was taken by ambulance to the wedding.

Sitting in her wheelchair at the chuppah, Marcie had a spiritual experience. The small, confined “room” in which she had been trapped since her paralysis turned out to be an elevator. The door opened, and she exited into a higher, spiritual world, lit up by the Divine Presence. She realized that although her body couldn’t walk, her soul could fly.

Marcie has a myriad of excuses not to work on herself: she cannot move or talk, she is in constant pain (a 7 without meds, a 4 with meds), and just living with her total disability would be achievement enough. However, Marcie relies on no excuses and constantly works on herself.

Inside the prison of her body, she battles negative emotions and unworthy thoughts.

Inside the prison of her body, she battles negative emotions and unworthy thoughts. One day she told me that she was struggling against anger. One of her nurses was rough. When she lifted Marcie to bathe her, she would hurt her. (The irony: Marcie cannot move, but she still feels pain!) Marcie could not yell at her to stop, could not ask her to be more gentle. Inside, however, she fumed at the rough treatment. Marcie told me she was working on herself to be more patient and forgiving.

Marcie communicates by the laborious process of moving her right forearm to point to letters and numbers on a board. Because the forearm, unlike fingers, lacks fine motor control, her movements are jagged. Pointing to each letter takes her much effort.

Once I asked Marcie which are the most important character traits to work on. On her letter board she spelled out: PATIENCE AND GRATITUDE.

I looked at her frail body, breathing through a tracheotomy tube and hooked up to a feeding tube, and asked her, “What do you have to be grateful for?”

On her letter board she spelled out four answers:

A woman on the verge of divorce, hearing about my Marriage Workshop, came to see me. Her marriage, riddled by vicious fighting between her and her husband, was indeed terrible. A succession of marriage counselors and therapists had not helped. Since they have five children, I advised against divorce, which would solve none of her problems, since she would still have to be in constant contact with the children’s father.

“So I should stay in this bad marriage?” she asked angrily.

“Not at all,” I replied. “You should make it a good marriage.” Then I gave her concrete suggestions for how to do that. I wrote down my suggestions and handed her the page. She looked at it, shook her head, and said, “This is too hard.”

There was the dragon of “too hard” again, wrecking its ruin. Suddenly I looked down at my wrist and saw my Marcie Can-Do Bracelet. (To order a "Marcie Can-Do Bracelet," write to baylehaber@gmail.com.) I took it off and handed it to my visitor, telling her all about Marcie. Then I sent her off to the French Hospice to meet Marcie, for whom everything is hard and nothing is too hard.

When I saw Marcie at the Kotel yesterday, I told her how my Marcie Can-Do Bracelet had propelled me there, despite my resistance. “You inspire me to do what’s hard for me.”

Today, when I was visiting Marcie at the hospice, she wrote out: I ALSO DO THINGS I DON’T WANT TO DO. YOU INSPIRE ME.

I shook my head uncomprehendingly. “How can I inspire you?”

With the difficulty that pointing to each letter entails, Marcie spelled out: I DID NOT FEEL LIKE PRAYING TODAY. I WAS INSPIRED BY YOU YESTERDAY. IF YOU CAN DO THINGS YOU DON’T WANT TO DO, SO CAN I.

So can all of us.

Footprints of Gratitude: How I Got Out of My Florida Funk
It Takes A Lot Of Faith To Be An Atheist
How Instagram Brought Back This Nostalgic Soup
What Makes Eli Run?
Comments
MOST POPULAR IN Spirituality
Our privacy policy