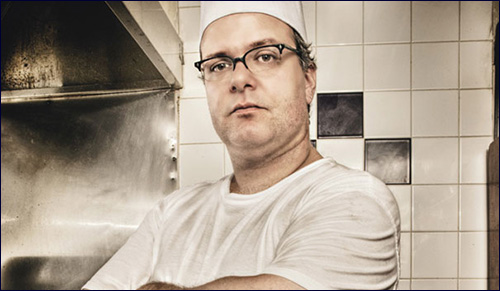 Are Jews really the worst customers in the world?

If you think Jews are tough customers in general, try satisfying the hungry Jewish deli customer. As one deli maven observed in the new documentary “Deli Man,” they are “the worst damn customers in the world.” They look at the chicken soup and proclaim it too salty. Have they tasted it? No, but they say, “It looks too salty.”

“They look at the chicken soup and proclaim it too salty!”

They want their soup burning hot and the air conditioning set to freezing. They expect phenomenal flanken, perfection in their pickles, and a Yiddishe tam in the knishes. Yet the fifteen bucks they’d spend without blinking for a martini in an upscale hotel bar becomes an outrage for a mile-high corned beef sandwich.

For all the heartburn that Jews give deli owners, the deli men still in the business love it with a passion. And for all their grousing, the customers love them back, faithful to these eateries in a way their grandfathers were faithful to attend morning minyan. They are drawn to the delis not only for kreplach so light it could make you cry, but for the warmth, affection and boisterous atmosphere that make Jews feel at home.

“Deli Man,” which recently opened in New York, Los Angeles and San Francisco, is a cinematic love song to the fading star of Jewish delis and a tribute to the men (nearly all of them are men) who devote their life’s energy to pickling briskets, slicing Nova lox so fine you can see an eclipse through it, and feeding appetites both physical and emotional.

Jewish delis are an endangered species: In 1931, New York’s five boroughs had 1,550 kosher delicatessen stores and 150 kosher dairy restaurants listed; today, there are only 150 Jewish delis in the entire country.

“Deli Man” is the third work in a trilogy about Jewish culture produced and directed by Erik Greenberg Anjou. His previous films, “A Cantor’s Tale” and “The Klezmatics - On Holy Ground,” have screened at more than 200 international film festivals and been broadcast in the U.S., Israel, Canada and Poland. The film is delightful, and unless you are a hardened vegan, will make you halash for a brisket sandwich, wait, make it the roast chicken with gribenes instead -- as you watch the deli men and their staffs leaning over to savor the steam aroma of the chicken noodle soup, the sweet smell of the lochshen kugels hot from the oven, and the pieces de resistance, the deli meats themselves, whose salty, meaty aromas waft through the restaurant.

The film includes entertaining interviews with the very quotable proprietors of famous delis including Carnegie, Katz’s, 2nd Avenue Deli, Nate ‘n Al’s, and Canter’s, as well as famous connoisseurs of deli, including Jerry Stiller, Alan Dershowitz, Larry King, and former star of the Yiddish theater Fyvush Finkel, now 90, who attests his longevity to regular meals at the Second Avenue Deli. “I came to America with a dollar and a dream,” he said. “We all ate at the deli after a show. And this was also the food of the first generation of Holocaust survivors. A bowl of soup and a chopped liver sandwich, you couldn’t refuse. If you didn’t have money, you didn’t pay.”

Nearly everyone still working in the business are second or third-generation deli men. Ziggy Grauber, the documentary’s main focus, is the grandson of a Hungarian immigrant who owned the famous Rialto Delicatessen on Broadway. Ziggy stuffed his first cabbage atop a crate when he was eight. As a young adult he attended Le Cordon Bleu and once cooked for Queen Elizabeth while working in a three-star Michelin restaurant. He had a promising career as a chef in elegant European restaurants, but when he attended the annual dinner of the Delicatessen Dealers’ Association of Greater New York in the late 1980s, Ziggy was dismayed that the group, once boasting several hundred members, had dwindled to a few dozen guys in their 60’s and 70s.

“I said to myself: ‘Who is going to perpetuate our food if I don’t do it?’ That was my calling. The next day I went back to my dad and my uncle and I said, ‘I’ve had enough of this fancy-shmancy business, I’m going back into the delicatessen business.’”

Today Ziggy Gruber runs Kenny and Ziggy’s in Houston, Texas and has never looked back. “When I cook I feel my grandfather right next to me. The flavors cry with the old country. That’s what drives me and makes me happy.”

The first New York Jewish delis sprang up in the 1850s as a new culinary institution, launched by German Jews in response to the delis that sold pork products. The Yiddish-speaking Russian and other Eastern European immigrants were unfamiliar with the foods offered by the German Jewish delis but took to them like pastrami on rye. Soon, Eastern European Jews (mostly Romanians) got into the deli act. And while good deli today is a little pricey, in its early days a filling deli sandwich and pickle was affordable for all but the very poor. When he was a poor kid in New York, actor Jerry Stiller used to help a friend sell slices of watermelon for a penny a piece. “My big reward at the end of the week was to go into a deli and get a sandwich,” he recalls.

Delis used to be as ubiquitous as Starbucks are today, and neighborhoods had “deli pride,” where people boasted that their deli was better than your deli. It was a home away from home, where you were known, liked (usually) and treated like family. One deli owner recalled an elderly father who came and ate with his daughter at his deli nearly every day. He once heard the waitress tell him, “Today you’ll have the steak and some soup, but no French fries and no dessert. You’re putting on weight. It was like eating at Mom’s. You had to eat what she cooked.”

“When I cook I feel my grandfather right next to me.”

New York has always been the spiritual and physical home of the deli, which helped immigrant Jews integrate into the culture. When delis unfortunately began adding treyf items to the menu, it only added to their popularity. Some of the most famous New York delis also became second homes to Jewish comediennes, whose photographs adorned the walls and for whom sandwiches were named. Sandwiches at the Carnegie Deli “required a surgical jaw adjustment,” but were ordered with regularity by Shecky Greene, Milton Berle, Mel Brooks, Henny Youngman, and a cavalcade of others.

David Sax, author of “Save the Deli,” a history of Jewish delis, agrees that this is one tough business. “Only the meshugennas go into it,” he said. After all, when it takes 45 days to pickle a corned beef and your work hours can be from 7 a.m. to 8 p.m., you have got to be committed to your work. Holidays really stress out the deli men. In one scene, Ziggy is trying to decompress through acupuncture while he suddenly realizes with a stab of agony that he forgot to place a challah order. He yanks out his phone to see if he can still get them in time.

Author Sax also observed, “Jewish food is not one of the subtler foods in the world. There’s onions, garlic, and salt. You don’t ask, ‘Does it have a tarragon top note?’ Shmaltz (chicken fat) is what determines Jewish food. It’s the WD-40 of the kosher kitchen. It does everything.”

The shrinking universe of Jewish delis has many factors, especially Jews’ moves to the suburbs, as well as assimilation, higher costs for quality meats, and increasing regulations that make entry into the restaurant business tougher. Still, the feeling of mishpacha is alive and well in most of the remaining delis. At Ben’s Best in Queens, owner Jay Parker says, “I can’t think of any other kind of restaurant that is so woven into the social fabric of the community. If there’s a bris, they call us. A bar mitzvah, they call us. And we do shiva work, too. We’re part of the entire Jewish life cycle.”

In one scene, Ziggy expresses sadness that assimilation has taken such a toll on Jewish delis. He also admits, “I would have thought you were crazy if you told me I’d end up in Houston, but the Jewish history here goes back hundreds of years, when Sephardic Jews came to the South to get as far away as they could from Spain. There’s a real New York feel here in Houston. At the deli, he says, ‘You could be on Avenue A.’”

The movie even has a romantic sub-plot. Single Ziggy is the ongoing target of friends and employees trying to fix him up. Warning him not to be too picky, one would-be matchmaker tells him, “You’re no Brad Pitt.” To which Ziggy replies, “My mistress is the deli.”

Fortunately, there are a few brave newcomers to the deli business. Wise Sons Deli is thriving in a predominantly Latino neighborhood in San Francisco. The owners, Evan Bloom and Leo Beckerman, are not from a deli dynasty, but add a modern twist to old standbys, such as adding corned beef to chili, using farm-fresh vegetables whenever possible, and offering Moroccan salads. It’s not kosher, but it’s popular: lines are often out the door at the 30-seat deli.

And in Toronto, Zane Caplansky, whose previous careers include political consultant, owner of a scrap metal business, and dot.com millionaire, takes pride in the success of his latest venture, Caplansky’s Deli. He’s Jewish but not religious, but feels that Jewish delis play an important cultural part of a community. “How can you understand the significance of matzo ball soup if you don’t know the story of the Exodus?” he asks. “Why is this soup different from any other soup?” Capalansky wants his deli to be a community builder, and to that end, hosts open mike nights and a community seder. “I’m part of a very important tradition,” Caplansky says with pride. “I’m a deli man.”

Yes, I Wrote for Seinfeld
Don’t Believe in Other Gods Versus God is One
Seeing Without Eyes
Why Shouldn’t We Eat Whatever We Want?
Comments
MOST POPULAR IN Jewlarious
Our privacy policy
Aish.com Is Looking for Great Writers