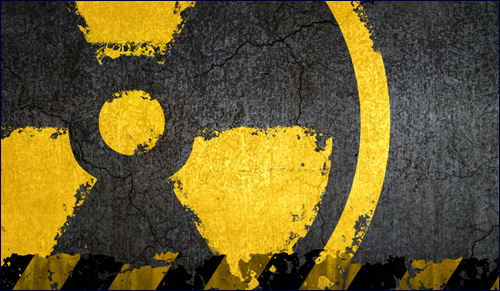 An Israeli ex-envoy believes the Iran deal is bad for Israel, U.S. and the world.

If you scan the headlines, you may have seen that I've written a new book, "Ally: My Journey Across the American-Israeli Divide." Clearly, it has touched a nerve.

This is hardly surprising. The book is out precisely when the United States looks poised to sign a nuclear deal with Iran – a deal that is bad for Israel, bad for America and bad for the world.

For Israel, Iran's nuclear program poses not one, but several existential threats. The first and most obvious is that Iran will develop nuclear warheads and will place them atop one of the many intercontinental ballistic missiles it has built, missiles whose sole purpose is to carry such warheads. Israel, according to the "moderate" former Iranian leader Akbar Hashemi Rafsanjani, is "a one-bomb country."

The second threat derives from the fact that Iran is the world's largest state sponsor of terror, backing attacks against Israeli civilians and Jews across five continents and in dozens of cities. If Iran acquires nuclear capabilities, so too will the terrorists, who will not need an ICBM to deliver their weapon, but only a ship container.

Lastly, but no less nightmarishly, once Iran acquires nuclear capabilities, so too will many of the countries in the Middle East, transforming an already unstable region into a nuclear powder keg.

Iranian proxies are second only to al Qaeda in the number of Americans they have killed in recent years. This is the same regime that took over the U.S. Embassy and took its staff hostage in 1979, that was responsible for the attacks on the U.S. Embassy and Marine barracks in Beirut in 1983 and the Khobar Towers in Saudi Arabia in 1996. In 2011, as the U.S. attorney general noted, it even endorsed a plot to blow up a crowded popular restaurant in Washington.

Well-intentioned advocates of the proposed Iranian nuclear deal, the deadline for which has been pushed back to July 7, will argue that it provides for intrusive inspections of Iranian nuclear facilities, will remove a large portion of Iran's stockpile of enriched uranium, and, for a 10-year period, will prevent Iran from producing a nuclear weapon in less than 12 months. Yet other experts – including leading American scientists – have concluded that, under this agreement Iran could break out military nuclear power in a far shorter period and could develop the wherewithal to create not just one bomb, but an atomic arsenal.

In the interim, the agreement will also bestow legitimacy on an Iran that is attempting to overthrow pro-American governments throughout the Middle East, such as Saudi Arabia and Yemen, and is propping up the Syrian dictator who has killed many tens of thousands of his own citizens. The regime seeks to extend its hegemony throughout the region and beyond.

Distance can be emotionally deceiving. The nuclear deal imperils the United States as much as Israel, just not as immediately. The Supreme Leader directs crowds in chanting "Death to America." The Iranian navy practices blowing up U.S. aircraft carriers, and its armed forces bear responsibility for the deaths of hundreds of American soldiers who fought bravely in Iraq.

There has been a suggestion from those conducting the negotiations with Iran that the alternative to a deal is war. It's not true. The alternative is a better deal brought about by ratcheted-up sanctions, a deal that dismantles Iranian nuclear facilities and is linked to a fundamental change in Iran's behavior: It must cease trying to overthrow pro-American governments, it must cease sponsoring terror worldwide, and it must stop threatening to destroy America's cherished ally, Israel.

This op-ed originally appeared on cnn.com

How You Can Defend Israel

The Death of Terri Schiavo: An Epilogue

Exodus from Rita
Scientific Curiosity and the Divine Encounter
Mind Over Milkshakes
Love the Convert
Comments
MOST POPULAR IN Current Issues
Our privacy policy
Aish.com Is Looking for Great Writers