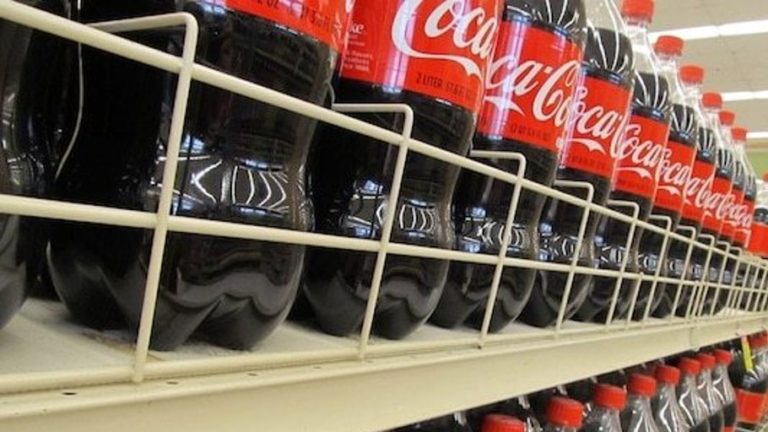 Our minds are extremely powerful.

In June of 1999, a health scare gripped the world. Several children in a Belgium elementary school began developing severe headaches, nausea, chills, lightheadedness, and shortness of breath. They worsened to the point of requiring emergency transport to hospitals. Within a week the sickness had spread to affect six schools and hundreds of individuals throughout Belgium, France, and neighboring countries.

Coca-Cola was identified as the culprit with small amounts of hydrogen sulfide in some bottles being the proposed mechanism of illness. Countries throughout Europe initiated mass recalls and began pulling all products made by Coca-Cola from shelves. The recall was the greatest in the history of Coca-Cola, with 30 million cans disposed of at a cost of greater than one hundred million dollars and countless more losses from negative PR.

As toxicologists and scientists began studying this further, they realized there was actually no evidence of any high enough levels of contaminants to be consistent with the reported symptoms. So what was their explanation for what had caused all these people to fall ill? It was a simple case of mass psychogenic illness or mass hysteria.

There have been many similar cases of mass hysteria over the last several centuries. These illnesses are often misidentified until after a pandemic ensues with no biological evidence of an inciting precipitant.

How does this happen?

Mass hysteria typically involves vague abdominal and neurological complaints without physical exam findings and occurs in workplaces or schools where people have close contact with each other. All it takes is one person getting sick. Individuals see their colleague falling ill and then worry about getting sick themselves. This is a normal reaction that happens all the time and aside from a little uneasiness, passes by without causing any further harm. However, anxiety can cause our brain to misinterpret regular physiological sensations such as a rumbling stomach and to attribute them instead to illness. In the right conditions, this can lead to hyperventilation and induction of further symptoms.

Once a few people in a close environment start reporting symptoms it can spread like wildfire. The worse it gets the more likely people are to convince themselves that they too have "caught the bug".

The good news is that just as it spreads quickly it also quickly resolves. People typically recover over the course of weeks without residual effects. Treatment involves separating exposed individuals from each other, putting an end to fear-eliciting communications, and if possible explaining to them the psychological nature of their illness.

In the case of the Coca-Cola incident, misinterpretation of symptoms was likely exacerbated by the media coverage and the massive recall response. The initial students who fell ill were at a higher risk secondary to the stress of final exams which they had just completed. This coupled with the actual odd odor coming from some of the coke bottles and the close contact with each other set up the perfect scenario for the development of a psychogenic illness.

We can control our minds

What can we take from this story? Our minds are extremely powerful. So powerful in fact, that they can convince us we are deathly ill. But the mind is equally capable of reversing severe physical or emotional pain. With proper training and practice, we have the ability to eliminate or reduce the consequences of some biological disorders.

How can you control your mind?

One way to take back control of your mind is through the practice of mindfulness. This is the act of bringing attention to the present moment and can be easily learned through psychotherapy, apps and Judaism’s daily blessings. Recent studies have shown that 7-10 minutes a day of mindfulness was equally effective as medications in controlling chronic migraine. Further, it can reduce symptoms of ulcers and irritable bowel syndrome and decreases risk of anxiety, depression and dementia.

A frequent opportunity to practice mindfulness is right before eating. Take a moment to appreciate the food you are about to eat, where it came from, and all the effort that went into preparing it. And then make a blessing, thanking the Source of all creation. Making daily blessings with intent can bring about profound results.

Another easily achieved mechanism that can rewire our brains to reduce physical and emotional distress is the act of keeping a daily gratitude journal. People who write down a couple things they are grateful for each day have reduced pain perception, asthma attacks, and improved overall emotional well-being. This does not need to take up a lot of your time. It can be accomplished in just a few minutes each morning by concentrating while praying and giving thanks to God for all the unbelievable miracles He has performed for you and your family. The more specific examples you think of, the better your results.

We each have the ability to hone these tools and harness the capacity of our minds to improve our physical and mental health regardless of our circumstances.

Dr. Ariel Mintz is the founder of Refuat Hanefesh, a non profit dedicated to reducing mental health stigma and forming a community of support. He also runs Kesher Psychiatry, a private telepsychiatry practice offering convenient and stigma free mental healthcare in Minnesota and Ohio. He earned his MD at Oakland University William Beaumont School of medicine in Detroit and trained in adult psychiatry at Hennepin County Medical Center in Minneapolis. He is currently a licensed physician and is completing a Child and Adolescent Psychiatry Fellowship at the Cleveland Clinic. He has received awards for his research, academic performance, and service to the Jewish community. He is very passionate about destigmatizing mental illness and bringing comfort to those who are suffering.

The Uyghurs: The Essential Facts Everyone Should Know
Judaism and Mental Health
Jews and the Chocolate Trade
Cats: 8 Jewish Facts
Comments
MOST POPULAR IN Current Issues
Our privacy policy
Aish.com Is Looking for Great Writers