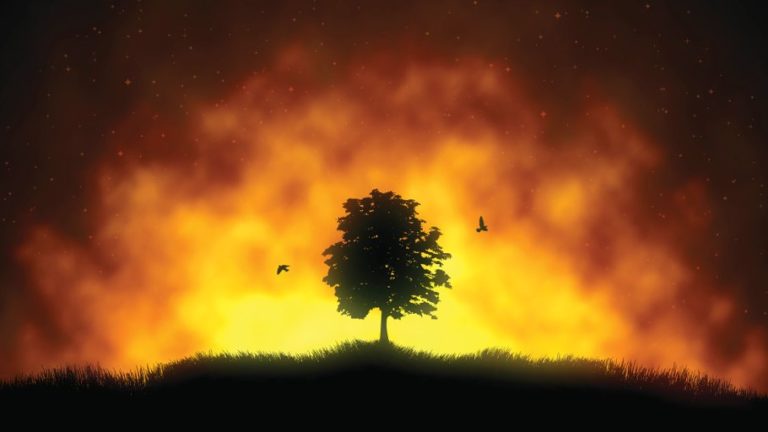 As a child, the horrors of the Holocaust mirrored the incendiary chaos of my home life.

Ma and Dad didn’t forbid my reading the softcover in the shellacked pine bookcase. It was remarkable given the chains of “No” shackling one eleven-year-old daughter and her five younger siblings. No friends allowed in the house. No seconds at the table. No rides to the JCC for Sunday activities. No sweets in the house. No staying outside after 6:00 p.m., even in the summer. At eleven I could not bike-ride around the block without permission. I couldn’t play outside after school or decide what I would wear to school.

Yet they allowed me access to the mysterious little book. It was one of three on that top shelf in the den, and being an avid reader, I wanted it. Reaching it was a minor challenge – I had to stand on the gargantuan rusted green metal army desk and then smack the book down with a yardstick. But I did reach it, and with my parents’ unspoken consent.

”Most of the people in that book are dead Jews.”

The book was about World War II. A small picture book. A book of photos. Photos of concentration camps. Photos of the dead. Black and white prints. Mountains and mountains and mountains of corpses. Naked, bruised skeletal things with holes for eyes, splayed limbs, bone faces, mouths open to empty black caves. Bulldozers shoveling the flopping dead into pits. I asked my father what it meant. “The Germans. They hated Jews so they killed them. Most of the people in that book are dead Jews.”

“Oh.” I set the little book aside. It was too large to fathom.

The book was an awakening of sorts. Jews could die for being Jewish. I was Jewish. But what did it have to do with me? The pictures were mostly of grownups; it was grownup-to-grownup strife across the sea and far away. We had the safety of distance. We lived in the United States of America where such things did not happen, and that was how it should be.

Within the year I began asking why. “Jews have always been the scapegoat for whatever goes wrong with the world,” was my parents’ answer, biting and bitter. I winced, turning from its dissonant ring, perceiving the problem although unable to articulate it. Their claim might have been fact, but it was not a reason.

It was too early to consciously identify with those Jews, but subconscious wheels were in motion. The book was a metaphor for my life – my home-life – a theater of war. We were six siblings whose parents’ relationship bordered on the insane, their relationships to us breaching borders to the emotionally abusive. Ma would cry and beg Dad every day to feed the family – 45 cents for a gallon of milk and ten cents for Wonder Bread. It was money otherwise gambled on “the hosses.”

“Go get it from your mother!” he would scream in non-sequitur. Ma herself was addicted to Dexedrine – her compliance with Dad’s demand she be thin even after her sixth child. Dexedrine did nothing to hold witchery in check. We would open our eyes each school day to our mother, hair flying platinum-blonde with dark roots, flashing on the lights at 7:30, ripping the blankets off of us and shrieking, “Get up!” Dad, having been abused himself, knew something about passing it on. Aside from his yelling, swearing, his use of a leather strap, and his constant bullying, he assigned appellations: I was the liar (I lied about homework, tests and grades), the next sister stupid, the third was the pretty one, the fourth crazy, the first son, if a little crazy, was loved , and the second son a fat piece of garbage.

Home was now one deafening primal scream. Yet we remained under one roof. Until my father burned the house down.

Ma’s infidelity plummeted family life from cruel and chaotic to a wasteland. Everything came to a halt: Hebrew School, dance lessons, family events, scraps of civility…. Home was now one deafening primal scream, amplifying as it slammed from parent to parent, parent to child, and child to child. Yet we remained under one roof. Until my father burned the house down. Desire for revenge against his wife was greater than his obligation to love, shelter and protect his children. He said as much.

It’s no wonder that I had dreams of Nazis chasing me, and trying to escape our burning home, a Nazi-lit inferno, even before my father exacted his retribution.

Given my youth it was only in some dim, amorphous abstraction that I related the book and its victims to my private, personal wars. I suspected that the little book might have relevance to Jewish life in general, supported by my parents’ insistence that we Jews were different. I perceived the differences as the facts that we had Hanukkah, they had Christmas; we had synagogue on Saturday, they went to church on Sunday; we had Passover, they had Easter. We were the few, they the many.

And now there was a new difference between us: we had been killed by the millions. How could so few Jews bother others to the extent that they’d murder so many?

It stole in on slippered feet - a sense of ungraspable ties to the dead. As removed as those heaps of dead were, we were as Jewish as they had once been. Did it mean that we were they, or they we?

I don’t know when those pictures became a badge of pride – a kind of reversed “badge of shame,” the Nazi-mandated yellow star sewn onto a Jew’s outer garments. The Holocaust proved we were different, the cherished difference being that we were not the perpetrators. Yet the stuff of that difference, the why of the corpses, was always opaque. Whatever the reason, I wore this strange badge of pride signifying we were not they.

In a perverse, childish fashion I would imagine we had lost relatives in the Holocaust. My consanguine dead would afford me permission to own those in the little book, to share with them anything of Jewishness that made us different. And if the Jewishness of those who had perished was definition in the eyes of others, I wanted that definition. It would give me claim to Jewish history and to personhood as well.

I felt I, too, was a Jew of the Holocaust, connected to the shadowy predecessors who had had no right to exist. If something came my way – a new pair of shoes, a work bonus, a $100 dollar scholarship from the Police Athletic League – my father would say in an isn’t-that-just-swell voice, “Hunh. Life is good in America, isn’t it?”

If my mother recognized my existence, it was an existence unattached to personhood. How else could she have used her very aware daughter as messenger for love letters to the daughter’s sixth grade teacher, then beat her mercilessly when she found out that the girl had opened one of the letters (fortunately benign). The parent-driven implication was that I was underserving of good. I had no right or claim to life.

My Judaism was chimney smoke. The smoke trail of Jewish souls who had flown to the heavens on burnt and blackened wings.

And that became my bone marrow. So all those shadowy predecessors with no right to exist were my proof that I, like they were, was at least Jewish. Those Jews across the sea were I, and I they. These brandings became my own tattooed numbers.

Oddly, I did not connect my Jewishness to Judaism. Up to the time I was well an adult, my Judaism was chimney smoke. The smoke trail of Jewish souls who had flown to the heavens on burnt and blackened wings. The smoke lived in me. The corpses in that little book were my Judaism. And I was fiercely loyal to them. I can’t remember ever being in earshot of an anti-Semitic remark for all my participation in the non-Jewish world; I wonder if my acquaintances were afraid to utter such things in my presence. I was a secular Jew wearing my soul on my sleeve, that blared: Don’t Tread On Me.

The little book did not make me an observant Jew, nor even steer me to Judaism. It was, however, my first serious emotional tie to Jewishness. My adoption of a Jewishly-lived life came decades later. But I did intuit that the book, with its mountains of skeletal corpses once home to Jewish souls, bespoke something singular of us. That intuition was the eye of a needle through which knowledge of real Jewish singularity would finally penetrate. It is a singularity that whispers of “Why.”

Ma and Dad mellowed over the years, and although my father never regretted his act of arson, both did apologize for their… lack of parenting skills. They divorced. True to form, they were together every day thereafter, engaged in battle. Did they see their life together as an inferno the way their children saw their own childhoods? Did they reckon that at least one child identified with the Jewish dead across the sea and far away? I never asked.

I did manage to forgive them and even love them. And with it all, I’m grateful to my parents for sanctioning the little book. It allowed an eleven-year-old to glimpse – however wrenchingly, however graphically, however sad a subconscious reflection of her own life at that time – a piece of who she was: a piece of the Jewish mystery. And to this day, that hasn’t changed at all.

Who Will Save the Baby?
Blessing on Chewing Gum
Was Rahab a Prostitute?
Extras In Our Own Epic
Comments
MOST POPULAR IN Spirituality
Our privacy policy