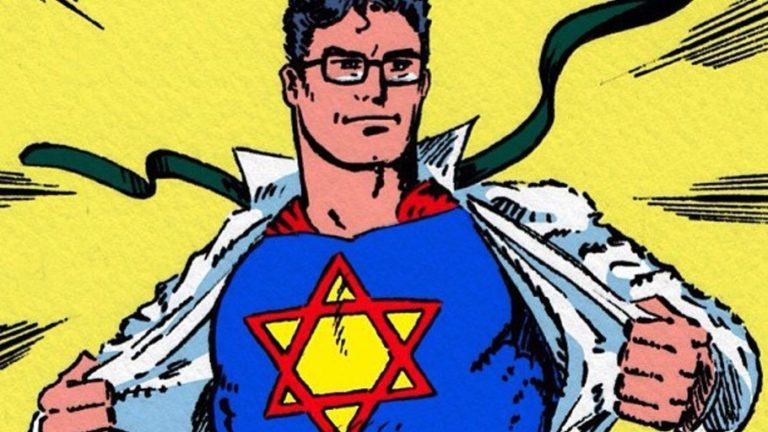 Kiddush Hashem is the mitzvah for our generation.

In the summer of 1966, Stephen Carter, who is today a prestigious law professor at Yale, moved with his family to a new neighborhood in Washington, D.C. They were one of the only African-American families in a predominantly white neighborhood.

And all at once, a white woman arriving home from work at the house across the street from ours turned and smiled with obvious delight and waved and called out, ‘Welcome!’ in a booming, confident voice I would come to love. She bustled into her house, only to emerge, minutes later, with a huge tray of cream cheese and jelly sandwiches, which she carried to our porch and offered around with her ready smile, simultaneously feeding and greeting the children of a family she had never met – and a black family at that – with nothing to gain for herself except perhaps the knowledge that she had done the right thing. We were strangers, black strangers, and she went out of her way to make us feel welcome. This woman’s name was Sara Kestenbaum. 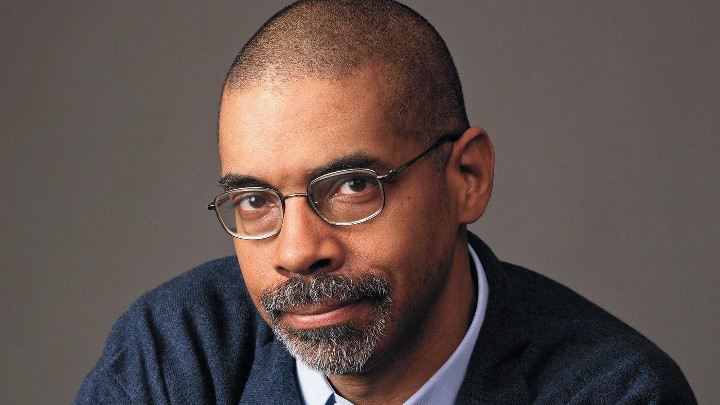 That generous act permanently shaped the way Carter thought of the Jewish faith and even inspired his 1999 book “Civility: Manners, Morals, and the Etiquette of Democracy.” In it, he notes that it was specifically Sara Kestenbaum’s religion that motivated her to do what she did. Carter states that she since she was an observant Jew, she was raised with this ideal that “Civility creates not merely a negative duty not to do harm, but an affirmative duty to do good.”

The only thing more important than dying for God is living for God.

This is called a “Kiddush Hashem” -- sanctifying the Name of God. As one of the 613 commandments given in the Torah, Kiddush Hashem is a multi-faceted mitzvah based on the verse in Leviticus 22:32 “...I shall be sanctified amidst the children of Israel. I am the Lord Who sanctifies you.” This does not only refer to someone who is forced to die for their religious beliefs, such as the victims of the Holocaust. It also means choosing to act in a dignified way that “sanctifies God” in the eyes of those around you. As my esteemed mother, Dr. Sharona Welton, says, “The only thing more important than dying for God is living for God.” 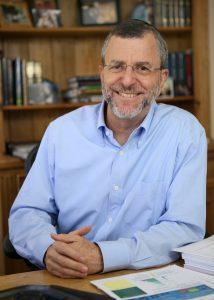 My friend Marc Firestone is a successful businessman who is working hard to encourage people to embrace their roles as “representatives of God”. Additionally, Marc is an Orthodox Jew who has been featured on CNN, KABC-AM and KFI-AM talk radio talking about how the Torah provides wisdom for “sanctifying the Name of God” in small, practical ways ranging from how one talks to their spouse to how they do business.

It was Marc’s kippah that became the catalyst for his extra-vocational passion. “I started noticing how, whether I like it or not, I’ve become an ambassador for the Jewish people just because I’m wearing a kippah on my head. This got me thinking all the different ways I could either be sanctifying Gods Name – by acting like a real mensch, or God forbid doing the opposite.”

The recent story of Sol Werdiger and the former South Korean Ambassador to the United Nation, Oh Joon is a case in point. Werdiger, an Orthodox Jew and CEO of Outerstuff, received a phone call from Mr. Oh Joon, asking to meet him for lunch at a kosher restaurant in Manhattan. Although Sol did not know the purpose of the meeting he agreed to meet with Mr. Joon.

When they met, Mr. Joon told him the following, “I have always heard negative stereotypes about Jews and I took it at face value. Then, my daughter took an internship working in your company. Throughout the year, she has been telling me how wonderful it is to work at your company.” 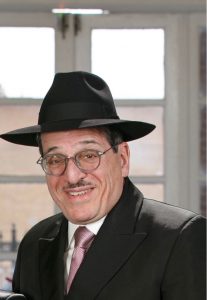 Mr. Joon continued, “There are four areas which stood out and impressed my daughter. Every day at 1:30 p.m., no matter what was going on at the office, all the men including those from neighboring offices, retreated into a room to pray with sincerity and calm. Every Friday the office shuts down early in the afternoon in preparation for your holy Sabbath and is closed on the Sabbath – this includes all workers no matter which faith or religion they maintain. My daughter observed that each petitioner for charity – and there were many – were treated with respect and left with a check in hand. Lastly, my daughter was treated with the utmost respect and dignity.”

Because of the amazing experience and lessons the company taught his daughter, Mr. Joon took out his checkbook and was ready to write a check returning all his daughter’s earnings. Mr. Werdiger wouldn’t hear from it. “Your daughter worked and earned her salary and rightfully deserves her pay, I will not accept any remuneration.”

Then the Ambassador relayed the most amazing thing. “As you know, I have voting privileges at the UN. Because of my renewed appreciation of the Jewish people, I abstained from voting on resolutions against Israel on three occasions. At one resolution I was the ninth vote needed to pass the motion and resolution against Israel and because I abstained, it did not pass!”

“Stories like this shouldn’t be the exception,” Marc Firestone tells me. “They should be the norm.” To this end, Firestone partnered with his two sons-in-law, Rabbi Benyamin Moss and Dovid Herzka and launched a grassroots effort they call “Project Light” that produces educational materials to illustrate how Kiddush Hashem can be applied to every aspect of life – even how one drives in traffic. 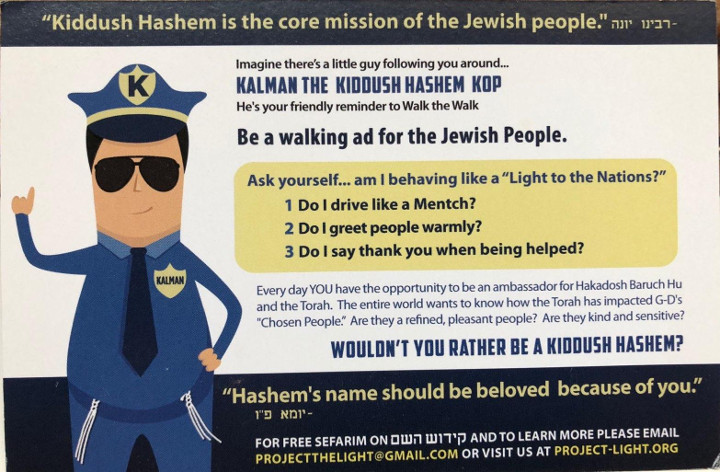 Why Are Jews Called People of the Book?

Judaism Is Radical
The Promise Of The Land
Which Chat Are You On?: Parshas Behar/Lag Ba’Omer
Do You Like Slow-Cooked Food? Thank the Jews
Comments
MOST POPULAR IN Jewish Society
Our privacy policy