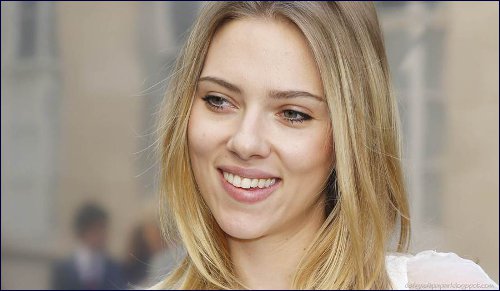 It's remarkable that the world needed a 29-year-old movie star to state the obvious: This is modern anti-Semitism.

The people who defame Israel and wish to undermine its status in the world are not anti-Semites – or so they will tell you, every chance they get. Their denial of anti-Semitism is essential to their moral position. In their own view they are good progressives, therefore absolutely innocent of racial or religious discrimination. Their propaganda campaign, which they hope eventually will escalate into economic warfare, is intended merely to reshape Israel’s policies. What they oppose, they want to assure us, is Israel’s position in the West Bank. Their increasingly loud and self-confident BDS movement (Boycott, Divest, Sanction) is not, as they tell it, a struggle against the Jews. They simply want to bring Israel into line with enlightened leftist opinion in Europe, the U.S. and Canada.

Scarlett Johansson, the film star, found herself the enemy of BDS in January, when she appeared in advertisements for SodaStream, an Israeli home carbonation device that eliminates cans and bottles. SodaStream’s offence is to have one of its factories in the West Bank, where it employs Palestinians who might otherwise have no work at all.

BDS adherents began denouncing Johansson as “the new face of apartheid.” They love applying that South African term to Israel, no matter how unjustified it is. Oxfam, for which Johansson had served as an ambassador in past years, decided to accept her resignation. Oxfam opposes all trade with Israeli settlements and has no place for dissenters among its associates. Johansson said she and Oxfam “have a fundamental difference of opinion in regards to the Boycott, Divestment and Sanctions movement.” Oxfam likes BDS. She doesn’t. She says she researched SodaStream and found it an ethical operation.

Like the great majority of Americans in the film industry, Johansson is a liberal Democrat. She took part in the last three presidential elections and raised money for Barack Obama. Unlike many who fall into that category, she also thinks for herself.

The May issue of Vanity Fair carries a cover story about Johansson. The author of the piece, Lili Anolik, asked her how she explains why she has been viciously criticized for the SodaStream ads. Johansson answered, “There’s a lot of anti-Semitism out there.”

That line has been widely quoted, and for good reason. It’s a rare example of candor from someone in her position. Johansson, at least in this instance, doesn’t hesitate to call things by their name.

Perhaps her reaction owes something to her background. Vanity Fair classifies her as “that ultimate New York hybrid of half Jewish, half not.” Her mother, Melanie Sloan, a movie producer, is a Jew whose family came from Russia.

But, Jewish or not, Johansson’s ethnicity did not necessarily dictate her attitude to BDS. There are Jews who follow the BDS line, just as there are anti-Semitic Jews. A few decades ago the late Barbara Frum, patiently trying to explain some contentious point to me, said, “Bob, I think if you look around you’ll find quite a few anti-Semitic Jews.” She lived in a more innocent time and probably never imagined that they would find a vast international movement they could join.

They’re not hoping for an Israel willing to hand over the West Bank. They’re working for a day when Israel will be gone forever.

My own belief is that the BDS people and their fellow travelers, whatever their background, are anti-Semites. They do all they can to stigmatize the Jewish state and reduce its ability to defend itself. They know that Israel is surrounded by neighbors who will never recognize its existence, much less sign a treaty developed in a “peace process” quarterbacked by Washington. The Palestinians and the Arab states who claim to support them are not hoping for a more generous Israel or a BDS-approved Israel or an Israel willing to hand over the West Bank. They are working for a day when Israel will be gone forever.

In order to satisfy this generation’s anti-Semites, Israel must meet standards that no other country in the world has ever met or ever will. At the United Nations Israel is condemned more often than all other countries combined.

It is, of course, an imperfect democracy, like Canada and all other free countries, and its human rights record could certainly be improved. But its treatment of Palestinians has never been even remotely comparable to China’s oppression of Tibetans or Saudi Arabia’s treatment of women, two among many outrageous practices that apparently never trouble the students who direct their anger at Israel.

In devising their purposes the BDS campaigners have never shown even the beginning of a sense of proportion. It’s remarkable that the world needs a 29-year-old movie star to point this out.

Bad Boy of the Middle East

Murder at a Kibbutz

Four Points: Arguments for Israel
How I Learned to Love the Multiverse
10 Big Jewish Inventions
A Journey through Jewish Sicily
Comments