The Absence of Outrage 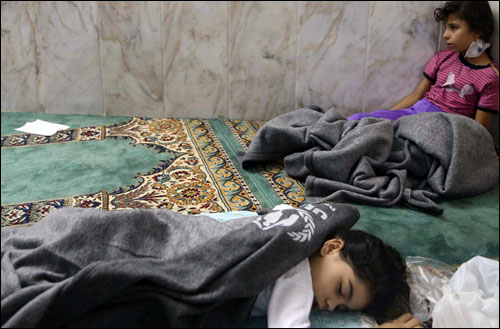 Were Americans more shocked by the evil spiraling out of control in the Middle East, or by Lady Gaga’s latest outfit?

Videos depicting the gruesome death of 1300 men, women and children by poison gas in Syria were posted online. In Egypt, the Muslim Brotherhood torched several scores of churches, some dating back 1500 hundred years, while nuns were paraded in the streets like captured POWs.

Even as President Obama seems to finally doing something to degrade Assad’s capabilities, it is hard to say if Americans were shocked more by the twin towers of evil spiraling out of control in the Middle East, or by Lady Gaga’s latest outfit.

It can’t be for lack of information. We are bombarded by a steady stream of horrific images. But so far insofar as Egypt and Syria is concerned, we are inured to, not energized by the ‘beyond belief images of horror. In 2013, it is as if, we have reserved a seat in our living room for a new neighbor—the face of Evil.

How else to account that the mass gassings of children and torching of (Christian) houses of worship have generated nary a hint of righteous indignation, let alone G-d forbid, calls for action? Surely we know the truth: Systematic arson of churches will not end with burning buildings. It never does; we have been there before. Death is always horrible, but know that unless real action is taken, the use of chemical agents against civilian population will quickly become just another fact of life around the globe.

Do we understand that when we render ourselves morally impotent, we not only condemn more innocents, we endanger our own survival?

What’s worse than moral impotence? Deploying the moral equivalency card. After several days of denouncing the Egyptian military’s forceful intervention against the Muslim Brotherhood, Deputy Press Secretary John Earnest declared, “We have condemned in unambiguous terms all of the violence that has been perpetrated there in Egypt. We have been concerned and condemned the violence that was perpetrated by the government against peaceful protestors and we’re just as outraged and just as concerned about reports that Christian churches have been targeted.” Really? The Army-Muslim Brotherhood face-off is the equivalent to a nationwide pogrom against Christians?

And how about our President’s “red line” on Syria? You know, the one that promised real action if the use of WMDs was ever proven? Well the latest deadly attack that may have left as many as 1,300 dead took place just miles from where UN inspectors had just arrived to investigate the last horror. Does anyone really believe the UN Security Council – with its guaranteed Russian veto can even deliver a proper obituary for 100,000 dead Syrians? Unless we take action—with or without NATO—to get rid of those stockpiles of poison gas, our “red lines” are as worthless as the in invisible ink with which they are drawn.

And what good are religious leaders if they cannot at least raise the alarm?

Shouldn’t they be organizing rallies and gatherings, if only to teach our children that there is right and wrong, good and evil? At least the World Council of Churches, which claims 590 million Protestant members is consistent. It was silent during the Holocaust, and it is silent once more when 8-10 million Christians are under siege. Pope Francis’ Vatican has been the exception. It did react to the gassing of Syrian civilians. Archbishop Zenari spoke of a Syrian people who “…are crying out to the international community to say, ‘Help us so that this war would end immediately. We have had enough; we can’t take it anymore. We can’t continue like this.’”

In 1988, when Saddam Hussein gassed thousands of Kurds in Halabja, Iraq, famed Nazi hunter Simon Wiesenthal was one of the few who spoke up. The world was making a mistake, he warned. Despots will interpret the world’s silence in ways the world would regret.

This article was cowritten with Yitzchok Adlerstein, the director of interfaith affairs for the Wiesenthal Center.

Lessons From the Taliban

Jews Wake Up!
Should I Break Up, Get Engaged or Keep Dating?
Time Is Your Precious Commodity
A Constant World in Flux
Comments
MOST POPULAR IN Israel
Our privacy policy