These were the last words of King David to his son and successor, Solomon. David is essentially saying, "I am no longer able to struggle. My strength is failing, and I must now go in the way of all humans. But you are young and vigorous. You must be strong and be a man." Implied in this message is that Solomon was to be strong enough not to go in the way of all men, but to be his own man.

Being a non-conformist is not virtuous in itself. Behaving in a manner similar to others in our environment is not wrong, as long as we know that our behavior is right and proper. In this case, we are acting according to our conscience. What is wrong is when we abdicate our right to think, judge, and decide for ourselves. It is easy for us to allow ourselves to be dragged along by the opinions and decisions of others, and thereby fail to act according to our conscience.

The expression "I am going in the way of all mankind" does more than euphemize death; it actually defines spiritual death. It states that true life exists only when we actively determine our behavior. A totally passive existence, in which the body is active but the mind is not, may be considered life in a physical sense, but in a spiritual sense it is closer to death.

No wonder the Talmud states that "wrongdoers are considered dead even during their lifetime" (Berachos 18b). Failure to exercise our spiritual capacities and instead relegating the mind to a state of passivity, allowing our physical and social impulses to dominate our lives, is in reality death. 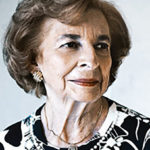 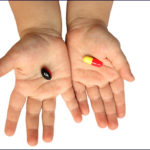 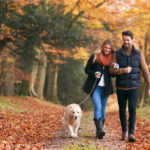 How Covid Made Some Marriages Stronger3 min read