One mussar spokesman said that there should never be any need to speak about another person. "If you wish to speak of someone's praises, praise God instead. If you wish to find fault with someone, you would do better to focus on your own defects."

The second statement takes on additional significance in light of what psychologists have learned about lack of self-awareness. Some have suggested that when people talk about other people, they turn the conversation away from themselves and, by focusing on other's shortcomings, they avoid the need to focus on their own. Slandering other people thus sets back the struggle for self-awareness, which is essential for optimum emotional and psychological health, because it directs one's attention away from oneself and onto the defects in others. One thereby does not have the information necessary to improve.

The Talmud states that lashon hara adversely affects three people: the one who speaks, the one who listens, and the subject of the conversation (Arachin 15b). We can easily understand how it hurts the last two, and we now have another insight into how gossips actually hurt themselves. 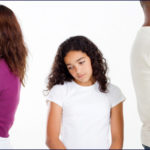 Fighting in Front of the Children3 min read

The Jewish Ethicist: Is the Seller Taking Advantage of Me?3 min read