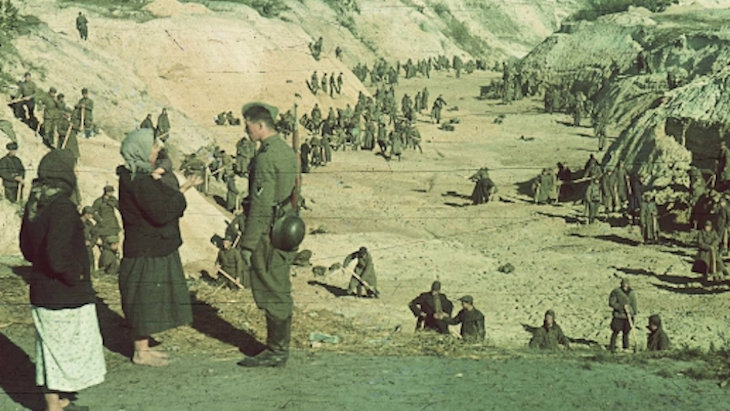 There are new plans to build a synagogue at the site of a horrific Nazi massacre of Jews.

Ukrainian authorities have recently announced that plans are underway to build a new synagogue in Kyiv, the nations’ capital. This would be unremarkable news were it not for the proposed synagogue’s location: a park inside Kyiv called Babyn Yar.

A generation ago, this natural oasis was the scene of one of the most horrific war crimes in history: the murder of approximately 100,000 people, approximately 60,000 of them Jews. For decades, this site of unspeakable tragedy and ghastly crime has remained largely unmarked and ignored. This synagogue will enable Jewish mourners to pray for the thousands of souls whose lives were extinguished there.

By 1940, Kyiv was home to one of the largest, most vibrant Jewish communities in Europe. With the rise of the Soviet Union, Jews from elsewhere in the USSR moved to Kyiv, where they had greater freedoms than in other regions. By the 1930s, a little under a third of Kyiv’s population was Jewish, or about 160,000 Jews. The city became the center of Soviet Yiddish culture: Yiddish books, newspapers and magazines were printed in Kyiv, and major Yiddish writers such as Pinches Kahanovitsh (known as “Der Nister”), Dovid Ergelson, Perets Markish and others called the city home.

That thriving Jewish life came to an abrupt halt in 1941. Germany invaded the Soviet Union in June 1941. Tens of thousands of Jews fled Kyiv, anticipating the Nazis’ advance into Ukraine. By the time German forces captured Kyiv after intense fighting on September 19, 1941, many of the Jews remaining in the city were women and children, the elderly and the infirm, who could not flee.

Within the first few days of Nazi occupation, Soviet resistance fighters set off two large explosions in Kyiv. Even though it was obvious that Kyiv’s Jewish civilians weren’t behind the sabotage, the Nazis used the explosions as an excuse to order the murder the city’s Jews. Two “Einsatzgruppen” units moved into the area; these were mobile German killing units charged with going from town to town throughout Eastern Europe and murdering as many Jews as possible. Unlike the Jewish victims of the Nazi killing machine further west, many Eastern European Jews were murdered by bullets, not in gas chambers. Nazi officials rounded up the terrified Jews and marched them to an undeveloped area northwest of the city that had a large ravine in the middle: Babi Yar. 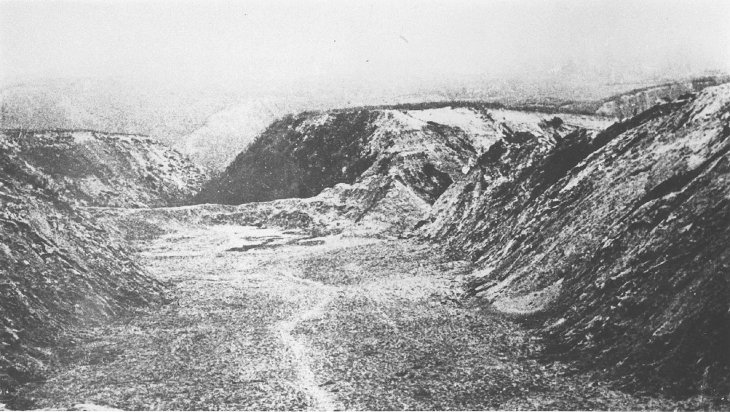 Over two days, September 29 and 30, 1941, German police and SS soldiers systematically murdered the 33,771 Jews remaining in Kyiv. (Their meticulous records recorded every murder.) Jews were brought in small groups to the edge of the ravine and shot, their lifeless bodies falling into the ravine. So many Jews were killed on these days (and later, when the site was used for more massacres) that the ravine was largely filled.

“Hitler’s troops occupied Kyiv on September 19, 1941 and from the very first day started to rob and kill Jews… We were living in terror,” she recounted. When the city’s Jews were ordered to go to Babi Yar, Dina had no choice but to comply, accompanied by her sick mother.

“Hundreds, no thousands, of Jews were walking the same way. An old Jew with a long white beard walked next to me. He wore a tallit and tefillin. He was murmuring quietly. He prayed the same way as my father did when I was a child. Ahead of me a woman with two children in her arms walked along, while the third child clung to her apron strings. The sick women and elderly people were taken by carts… Small children were crying…

“When we neared Babi Yar, shooting and inhuman cries could be heard. I started to grasp what was going on, but said nothing to my mother… Each time I saw a new group of men and women, elderly people, and children being forced to take off their clothes. All were being taken to an open pit where submachine gunners shot them. Then another group was brought… With my own eyes I saw this horror. Although I was not standing close to the pit, terrible cries of panic-stricken people and quiet children’s voices calling ‘Mother, mother…’ reached me.”

Dina watched as Nazis tore a baby from his mother’s arms and threw the baby alive into the mass grave. When it was her turn to be shot, Dina fell into the pit alive. Dead bodies fell on top of her. Eventually, the killing stopped and she was buried alive. Many of the Jews lying in the ravine were not yet dead and moaned in agony all night long.

Later that night, Dina dug her way out. A little boy was trying to dig himself out too nearby and called out to her, calling her Auntie. "My name is Fima,” he told her. “My last name is Shnaiderman. I am eleven years old. Take me with you. I am very afraid of the dark.” Dina hugged the child and together they climbed to the top of the pit. Nazi soldiers were waiting for them and any other survivors. A shot rang out and hit Fima, who fell down lifeless. Dina managed to escape, crawling on the ground in the dark, until she eventually found a hut in the countryside where she could hide. 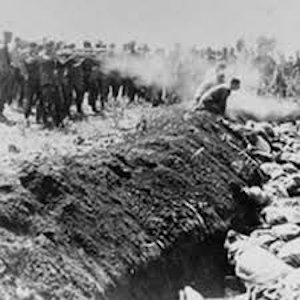 That massacre wasn’t the only time Nazi killing units murdered Jews in Babi Yar. For the next two years, other Jews from across Ukraine were brought to the site and murdered. Roma, Communists, prisoners of war and Russian and Ukrainian civilians were also all murdered in Babi Yar. Historians estimate that about 100,000 people were shot to death there, including about 60,000 Jews. In 1943, the German army exhumed the remains of the dead and burned their bodies.

To this day, Babi Yar is almost entirely unmarked.

Jews tried to pray there during Soviet times but faced arrest if they were caught. In 1991, local Jews raised funds to erect a metal sculpture of a Menorah, but it was often abused by locals. For years, the site was derelict: a junkyard was built nearby and the Babi Yar park was long home to homeless people and stray dogs and was strewn with trash. The Menorah was often defaced by vandals; at times, the metro station near the park was spray painted with swastikas.

In 2016, journalist Linda Kinstler noted that “Babi Yar is a popular local hangout, complete with a makeshift soccer field and playground. When I visited the field on a sunny afternoon...two young Ukrainians sat on the edge of the ravine, smoking cigarettes, their legs dangling over a picnicking couple sprawled out in the valley below. Besides them towered a Soviet monument commemorating the ‘citizens of Kiev’ killed there.” No mention was made that this was a site where 60,000 Jews were systematically murdered.

Various proposals for memorials at the site have gone nowhere. Local authorities have been unenthusiastic about memorializing the killing field, and the dire economic realities of Ukraine have made proposing ambitious memorials difficult. Perhaps the best-known memorial to Babi Yar isn’t any statue or plaque, but a famous poem that Soviet poet Yevgeny Yevtushenko wrote in 1961 called Babi Yar. This powerful poem begins:

No monument stands over Babi Yar.
A steep cliff only, like the rudest headstone.
I am afraid.
Today, I am as old
As the entire Jewish race itself.
(Translated by Benjamin Okopnik)

The proposed synagogue is the latest in a long line of suggestions for memorials at Babi Yar, and perhaps it is the most fitting to honor their lives and their memories.