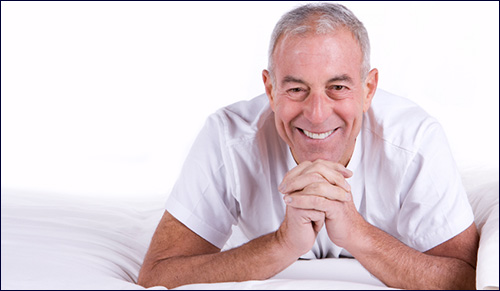 Irving Kahn isn’t your typical Wall Street investment advisor. Not only does his family-run business, Kahn Brothers Group, manage a portfolio of more than $700 million in assets, but Mr. Kahn got his start on Wall Street a long, long time ago.

How long ago? In 1928, before the stock market crash that ushered in the Great Depression. Now 108, he still goes to the office most days, making business decisions with his 71-year-old son, Tom, and 34-year-old grandson, Andrew. Already famous as the oldest working investment banker in the U.S., this week Mr. Kahn made additional headlines by going against investment trends and upping his position in the beleaguered company BlackBerry by 250,000 shares.

Those who live into their 90s are the fastest growing demographic in the U.S. today.

Longevity is not a fluke in the Kahn family. Irving’s older sister, Happy, lived to 109, even though she smoked for eighty years. His “baby” brother Peter is 105.

While the Kahn family has enjoyed extraordinary longevity, living into one’s 90s or even into three-digit territory is no longer a fluke at all. The Kahn siblings are part of the fastest growing demographic in the U.S. today; “super-agers” who defy the odds by living active and healthy lives into their 90s or into the three-digit territory despite having paid scant attention to a healthy lifestyle.

Inquiring minds want to know: What’s their secret? Will the rest of us destined to reach the century mark find those years really “golden,” or more like cheap tin? Researchers are hot on the trail of these busy super-agers, looking for clues.

For example, Irving Kahn was among close to 500 Ashkenazi Jews aged 95 and older who were studied by Nir Barzilai, M.D., at the Institute for Aging Research at Albert Einstein College of Medicine of Yeshiva University. Other studies of the very seasoned citizens have been reported by Northwestern University and UC Irvine, in the “90+ Study” featured recently on CBS’ 60 Minutes.

As your intrepid Jewlarious reporter, I have watched interviews with many of these amazing super-agers and the researchers who love them. I can summarize the evidence like this:

If you want to live to 120 like Moses, or close to it, try to inherit really great genes. Most of the folks who are still dancing, driving, dating and doing the New York Times crossword puzzle at 90 or older are simply genetically gifted. They have thicker brain cortex tissue than the average Yosef or Rachel, which keeps their memory and cognition years younger than their chronological age. They have crazy high levels of HDL, the “good” cholesterol that helps in healthy aging. Those levels stay high no matter how many steaks these people eat. They have other genetic quirks that help prevent Alzheimer’s, cardiovascular disease and other side effects of aging. I mean, some people have all the luck.

So yeah, a lot of this is nature over nurture, and I take no small amount of wicked pleasure in learning that, as my grandmother would have said, it will ‘helft nisht gornisht” to exercise like a maniac and live on quinoa burgers and pomegranate smoothies, thinking you can lifestyle your way to fossilhood. Most of the folks who were followed in the 90+ study (more than 1,600 men and women) had spent their lives enjoying several cups of coffee a day, a few drinks with dinner, red meat, butter, and cake. In fact, gaining a little padding in old age (not to the point of being mistaken for a mailbox) was found to be a boon for elderly health. Take that, all you nutritional nabobs railing against white flour and sugar!

That’s not all. Super-agers didn’t break a sweat over exercise, either. As little as fifteen minutes a day was all it took to make a big difference in longevity, and if you insist on exercising more than forty-five minutes a day, go ahead, ruin your knees, but you won’t live longer or healthier, according to the research. Well, what about vitamins? Who among us doesn’t have bottles of B-complex and other supplements getting smelly in their bottles because we keep forgetting to take them? Much to the researchers’ surprise, taking vitamins – or not taking them – made no difference in health and longevity.

In watching these interviews, I learned what I mostly already knew: people who do old age well don’t obsess about their health. They don’t obsess, period. They did work they enjoyed until they couldn’t any longer; then they spent time with friends and family. They learned new skills and made new friends even when they lost their own to more normal mortality. They are not so much low-fat or low-carb as much as they are low-kvetch. They look for the good, a very Jewish trait. They are reasonably happy, eager for each new day.

“Inside, I don’t feel old,” said a smiling 92-year-old in one interview.

“I’m flying all over the place,” said Ruthie, 95, sporting a silver pageboy haircut and coral lipstick as she zipped out of her driveway in her Prius.

“My social life is ‘very busy,’” grinned Sid, a 92-year-old widower who drives a baby blue convertible that he impishly calls his “chick car.”

Of course getting old is hardly all fun and games. Everyone, even those with great genes, eventually loses their mojo. It was poignant to hear Ted, 96, admit the “terrible frustration” he feels knowing his memory is going. But he too also focuses on his blessings. He spends a lot of time looking at photo albums with his wife of 65 years, and said, “Reminiscing now is a source of incalculable joy.”

I don’t have these amazing super-ager genes, and I can’t order them from the pharmacy. One day, researchers hope to be able to find ways to replicate variants of the genes that can help others live without the problems of the elderly years, such as dementia. In the meantime, I can work toward a healthier old age by not making myself meshugga over the latest “expert” advice about what to eat, or not. Instead, I can follow the model of Evelyn Johnson, a former aviator instructor who worked full time until she was 101 and was part of the Dr. Barzilai study. When asked her secret to living such a long and fulfilling life, she said, “I love what I do,” she says. “I’ve been very happy, very busy, and like to work every day.” 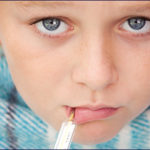 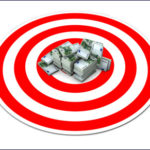 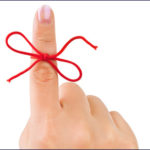 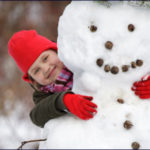 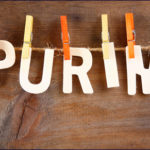