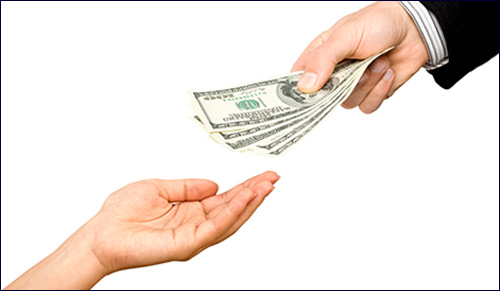 Children went from being our employees to our bosses, replacing responsibility with entitlement.

Parenting isn’t what it used to be.

In a fascinating new book by Jennifer Senior, All Joy and No Fun: The Paradox of Modern Parenthood, the author tells us that the concept of family life as we now know it didn’t really begin until after World War II when the idea of childhood, as we now know it, first made its appearance.

Throughout most of our country’s history children understood that their role took for granted the notion of reciprocity. In the earliest days, they worked in the fields while at the same time helping to care of their siblings. With industrialization, their contribution to the family’s income came, at a very young age, from jobs in factories, in mines and in mills, in street trades and the very popular task of delivering newspapers to neighbors. All in all, everyone understood that the relationship between parents and children was asymmetrical. All were partners in the difficult task of assuring the needs necessary for their mutual survival.

Children went from being helpers to total dependents, from “useful” to “protected.”

Better times produced not only an economic but a psychological transformation as well. Children were no longer expected to contribute anything. They went from being helpers to total dependents who had to be spared any of life’s hardships. The way social historians describe this transformation, they went from “useful” to “protected.”

Jennifer Senior sums it up this way: “Children stopped working, and parents work twice as hard. Children went from being our employees to our bosses.”

Yet even this short summary doesn’t do justice to the sea change of the parent-child relationship that had its most shocking illustration last week in the judicial system of the state of New Jersey.

Rachel Canning is an 18-year-old who is suing her parents. She brought a lawsuit to force her parents to pay for her private school education and her personal expenses.

It seems that while living at home her parents set rules she was expected to follow. She had to abide by a curfew, commit to doing assigned chores performed by her siblings, and be respectful to her elders. She chose instead to leave home and live with the family of a friend - a home in which she was free to get drunk and to party as she pleased. It seems she valued independence above all. But unfortunately she wasn’t independent enough to be able to support herself - and so she demanded that the parents who had previously bought her a car, paid for her tuition, and set aside money for her college education be legally required to continue to take care of her in the style to which she had become accustomed.

The contract she assumed guided their relationship was “You owe me everything – I owe you nothing” – because after all that’s the way I and so many members of my generation define your job as parent.

In a Morristown court, after Rachel filed for an emergency order to get $600 a week from her parents, Judge Peter Bogaard blasted the young woman, referring to an obscene voicemail she left for her mother.

“Have you ever seen a young adult show such gross disrespect to a parent in a voicemail?” he asked. “The child thumbs her nose at her parents, leaves the house and turns around asking, ‘Now you have to pay me money every week.’ ”

But that’s not how everybody saw this. The voice of the young generation on Facebook was well represented by this offended reaction:

“I have been stunned by the financial greed of modern parents who are more concerned with retiring into some fantasy world rather than provide for their children’s college and young adult years. Suburban baby boomer types are the spoiled lot, they make massive amount of money a year, they are used to flying to luxury destinations when they want, and buy things that they don’t need... people should be inclined to see things my way.”

Perhaps even more outrageous than the idea of the lawsuit itself is the realization that for an entire contemporary subculture its premise is not only legitimate but praiseworthy!

How dare parents work hard to make money and then have the foolish notion that they can spend some of it on themselves. And how dare they think that just because they have standards and values they believe are sacred, they can impose those upon their teenagers as condition for total support.

It is hard to understand how honoring your parents, one of the Ten Commandments, could become so profoundly distorted. Honoring parents is the fifth commandment, appearing at the very bottom of the first tablet. God’s laws were given on two tablets in order to promulgate the concept that religion must acknowledge two great ideals – to fulfill one’s obligations both to God as well as to fellow man.

Commentators ask: why is the commandment to honor parents on the first tablet, the one summarizing our duties to the Almighty? The answer is profound: our parents share with God the need for us to forever gratefully acknowledge their role in having created us. And those who cannot be grateful to parents will surely be unable to express gratitude to God as well.

This incredible lawsuit of child against parents is another example of the current symptom of entitlement making its way through every segment of our society. Children feel, as so many do, that everything they desire is theirs by right. It is the sickness of a world that wants to forget the concept of responsibility. And it is a condition that is best cured by a rededication to the biblical values of personal obligation and gratitude.

Me and the Burkini Debate

Hurricane Irma and Living in the Cone of Uncertainty

One Stitch Closer
It Takes A Lot Of Faith To Be An Atheist
How Instagram Brought Back This Nostalgic Soup
What Makes Eli Run?
Comments
MOST POPULAR IN Current Issues
Our privacy policy