Strike While the Iron is Cold: Don't Argue When You're Angry 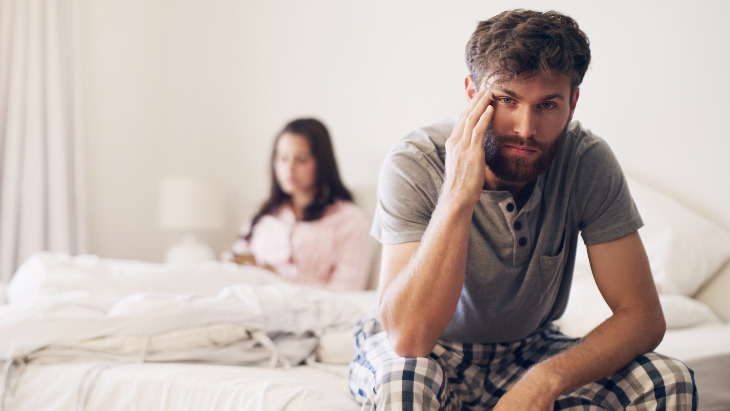 Go to bed angry, because the worst time to deal with an issue is when you're mad and upset.

A wise rabbi taught me, “You can get angry, or you can solve the problem, but you can’t do both.”

The Ramifications of Anger

Many couples I've worked with have done serious damage to their relationships with things they’ve said in the heat of the moment. Maybe they didn’t mean it; they were fuming at the moment and threw out the first thing that came to their mind – but they can’t un-say it.

When things get hot, you need to get out. Strike while the iron is cold.

The functioning of your brain is impacted by the state of your body. When your heart rate hits about 99 beats per minute, the mature frontal part of your brain shuts down and the lower, reptilian brain takes over. This is the part of the brain that does fight-or-flight, that launches the nastiest comments it can think of, even if the recipient is the person you love most in the world. This is the part of the brain that lives only in the moment and does not plan for the future.

When you're emotionally ramped up, you can't make good decisions in that moment. You can't assess the situation appropriately and come up with a good response.

When you're emotionally ramped up, you can't assess the situation appropriately and come up with a good response.

So when your partner says or does something that really bothers you, that is not the time to talk about it. Bite your tongue (hard, if necessary) and hold yourself back from saying that caustic putdown or sarcastic remark. It’s not worth it. The satisfaction of a secure and loving relationship far outstrips the satisfaction of a good dig.

Leave the room if you have to. Do something else. Distract yourself, calm yourself down. You can write down what’s bothering you if you’re concerned you’ll forget. A day later you'll be in a much better position to discuss it in a way that builds rather than breaks the relationship.

When you notice a conversation starting to go sour, it’s time to say, “This conversation isn’t going very well. Let’s take a break and we’ll come back in half hour”, and withdraw, even if your partner insists, “Oh no, we’re going to solve this right now!”

It’s also helpful to state when you'll come back and resume the conversation – whether it’s in half an hour or tomorrow at breakfast, or at 7 PM tonight. Then make sure you come back at that time and show your partner that you're not blowing off an issue that is important to them.

When you’re away, don’t stew on the problem. Think of something else. Get involved in an activity you like, whether it’s yoga or a video game or walking the dog. Clear out our mind and calm down.

The common adage, “Never go to bed angry” is terrible advice. If you’re angry, you’re not in a position to resolve the issue. Don't bother trying. Take a breather and then work it out, calmly, with rational minds.

It's normal to get angry from time to time. Remember to strike when the iron is cold. You will save innumerable hurts, small and large, to your most important relationship.

Rabbi Raffi Bilek is a husband, father, and marriage counselor in Baltimore, MD, where he directs the Baltimore Therapy Center and the Montgomery County Abuse Intervention Program. He also provides help and guidance to Jewish individuals, couples, and families across the globe at FrumCounselor.com .

The Secret to My Parents' Magical Marriage

Bad Day at the Office