Strapped In: My Complicated Relationship with Tefillin 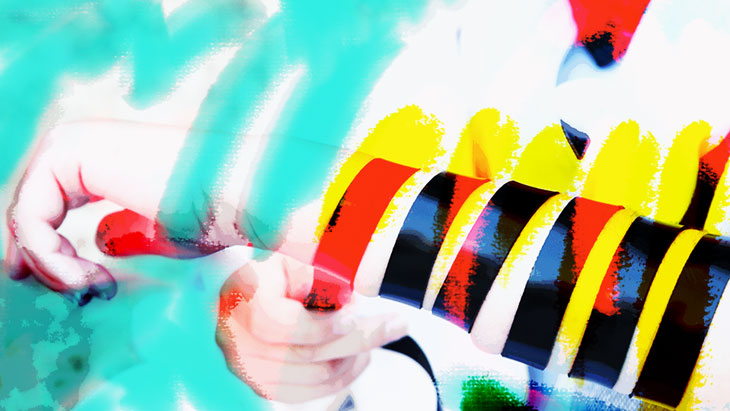 Have you put on tefillin today? The question was almost rhetorical – of course, I hadn’t. I am Jewish – but not that kind of Jewish.

Every 20-something living within an hour of their parent’s house knows an unspoken yet universally held truth: when you need your laundry done well, you head home. And on a cold, December day this past year, I did exactly that. With an overstuffed laundry basket in-hand, I wobbled my way down the streets of Hoboken to catch a train back to suburbia.

My heart sank when I spotted them down the street. A group of Chabad yeshiva students – Jewish missionaries with a singular goal in mind: to get as many young, Jewish men as possible to wrap tefillin. As they grew closer and closer, I prayed they wouldn't notice me.

But we were on a crash-course and I couldn't evade them. They stopped me on the street and asked me their first of two questions, the one I had no difficulty answering: Are you Jewish?

I rolled my eyes. Of course, I couldn’t say no – I was (and am) Jewish. But every bone in my body knew what an affirmative response would elicit from my interrogators. An answer of yes – an answer I eventually and begrudgingly gave – led to their ultimate request of me: Have you put on tefillin today?

I was an archetype of the harried, nonobservant millennial Jew. I couldn’t even recall the last time I had seen tefillin, let alone put it on myself.

The question was almost rhetorical – of course, I hadn’t. I am Jewish – but not that kind of Jewish – not the kind who wakes up every morning and meticulously wraps leather around his arm and head. And they must have known that. I was donning joggers, a sweatshirt, Ray-Bans, and AirPods and rushing to catch a train with a pile of clothes I was far too lazy to wash myself. I was essentially an archetype of the harried, nonobservant millennial Jew. I couldn’t even recall the last time I had seen tefillin, let alone put it on myself.

So, when the yeshiva students – who must have been about my same age – asked me the ultimate question and invited me to partake in their sacred ritual, I said no. I was in a rush; I had no time for them – no time for God.

As they kindly moved on to their next wayward soul, I continued to the train. Now a bit delayed, my walk turned into a gallop, frantically checking my watch as I hurried down the street. Winded and freezing, I made it on time. I found a seat in the packed car, I placed my laundry down, and tried to relax. But I couldn’t. For some reason, I just felt so bereft. 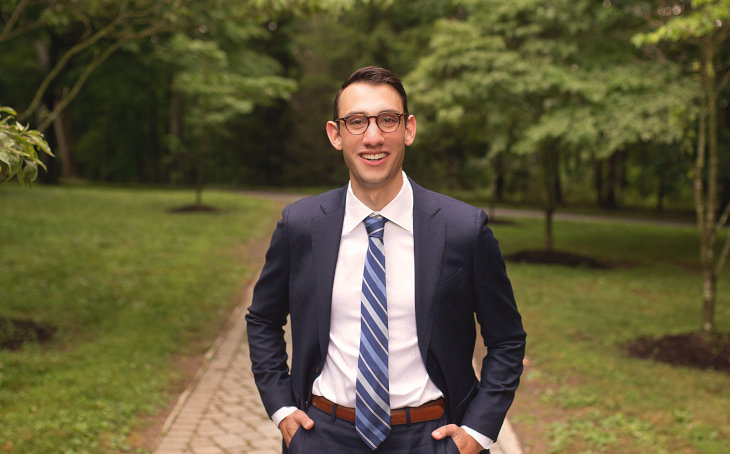 I reflected on my Jewish education – my day school experience from kindergarten to eighth grade – where I started every day with not only morning prayer but also the donning of tefillin. Had I fallen so far from that religious foundation? Had secular high school, college, and professional life made me lose touch with my faith? Was I now so busy that I couldn’t spare two minutes to wrap tefillin and reflect on its meaning and significance?

And, in essence, that was the problem. Growing further and further away from God took me further and further away from religious practice, and as my connection to Judaism dwindled, so did my understanding of tefillin, its meaning, its import, and its value. And, given that my religious knowledge had faded, so did my desire to take time out of my day to put on phylacteries. No longer understanding the practice, I discarded it altogether.

As the train puttered along, however, God gave me a second chance. Another Chabad student was camped out on the train on the same mission from God. He zigzagged through the NJ Transit aisle, asking every beleaguered passenger the two questions I so dreaded to hear just a few moments ago. As he approached me, I wondered what might come out of my mouth if again asked. Should I say yes? Could I say yes?

Although my connection to God and my Jewish faith had waned, although the rope that tied my heart to God’s had frayed, it was not broken. And when the young man asked me the fateful questions, the dwindling yet flickering Jewish light inside me spoke. Yes, I am Jewish, and yes, I would like to wrap tefillin.

Clumsily, I partook in the ancient ritual, looking to my momentary teacher for not only practical guidance but spiritual reassurance. And after the leather bound my left arm and head, we prayed together. For a moment, as we recited the Shema, our differences evaporated. Although the student and I wore different clothes, studied different subjects, and led different lives, we were both children of God created in His image, and serving Him together through wrapping tefillin. In that moment, the Lord was our God.

Stuck between my desire to serve but inability to comprehend or commit, I faced a spiritual paralysis.

But as the leather unwound and my teacher departed, I was again alone, tasked with easing a soul at tension. The tefillin – as it bound my arm and forehead – awakened a dormant part of me, but I was still like a groggy man in the morning, attempting to start a new day while clinging on to the last bits of my slumber, at tension with my yearning to remain asleep and my desire to begin anew. My Jewish soul was awakened but not yet calibrated. It had life but was not yet living.

For about six months, I lived this existence of tension. Stuck between my desire to serve but inability to comprehend or commit, I faced a spiritual paralysis. It was not just that I still didn’t understand ritual practice, but the practice itself terrified me. Rite requires consistency and commitment, it’s often burdensome and taxing, it asks of you, but gives nothing in return – or so I thought.

Eventually this tension made me reach a breaking point. So, when the sense of the ineffable pervaded me and required of me a response, I knew exactly where to turn – to tefillin. For the last month, as I wrap myself every day with those divinely ordained leather straps, I have felt God’s commitment in man – bound by His tefillin, I am also bound by His love. And as I feel God’s love, the phylacteries help express my own philia.

Overwhelmed with the task to love your God with “all your heart, with all your soul and with all your might,” for me, putting on tefillin seemed like an awfully good place to start.

Elias Neibart is a recent college graduate living and working in New York City. This fall he will pursue a MPhil at the University of Cambridge, and in 2022, he will begin his legal education at Harvard Law School.

For Nerds Only: My Search for the Coveted SNES Classic

Chanukah in the Soviet Gulag
It Takes A Lot Of Faith To Be An Atheist
How Instagram Brought Back This Nostalgic Soup
What Makes Eli Run?
Comments