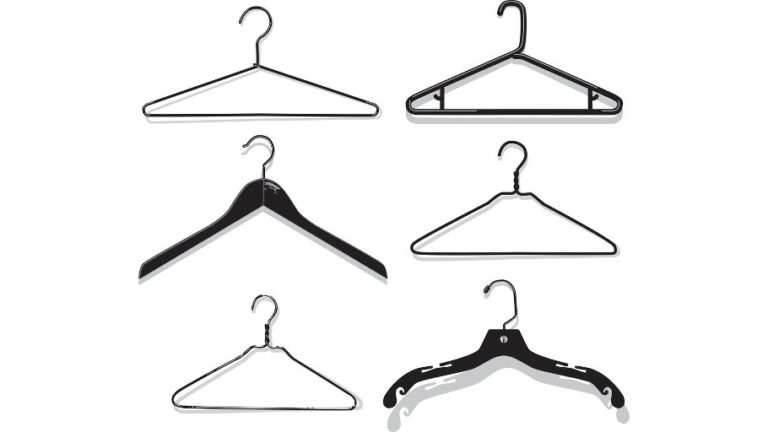 Let's talk about the craziest and most dangerous aspect of going to synagogue: the coatroom.

Let's talk about the craziest and most dangerous aspect of going to synagogue: the coatroom. Especially during the cold weather months, the synagogue coatroom is not for the faint of heart or the claustrophobic. In fact, if you want to experience the chaos felt by the Hebrews during the Exodus from Egypt, just spend a few minutes in a synagogue coatroom immediately following Shabbat morning services.

Why is the synagogue coatroom such a warzone?

Why is the synagogue coatroom such a warzone? Why does the coatroom get so insane that the only coats that should be hanging in there are straitjackets? Well, it all comes down to the fact that we, the Jewish People, have a very hard time finding our coats. But, of course, there is more to this story and, as most scholars agree, there are several reasons for this phenomenon.

Second, Jews wear very similar, dark-colored coats (as if federally regulated) so it's easy to get confused. If we were smart, we would put our last names on the backs of our coats, just like professional athletes do on the backs of their jerseys. And yes, just like pro jerseys, our coats should have numbers too, with all rabbis wearing number 5 for the Five Books of the Torah, number 10 for the Ten Commandments or number 365 for the number of days during the year that rabbis are expected to be on-call. (For this reason, being a chazzan/cantor is a much better gig because there is a very low likelihood of someone calling you up in the middle of the night for an emergency vocal performance.)

Third, those using the coatroom often are victims of a group I call the "Upgraders." These clever coat-mongers strategically wear inferior jackets to synagogue and then, when services are over, "accidentally" grab the wrong coat, which just so happens to be superior in every way. This cannot be a coincidence or an innocent mistake because the Upgraders are always upgrading. In other words, you will never see an Upgrader arrive at synagogue wearing a mink coat and then leave in a North Face fleece.

Fourth, in the coatroom we also fall victim to gossipy, overly-inquisitive nosey parkers – or, in the coatroom context, “Nosey Parkas" – who distract us with a barrage of horrifyingly intrusive inquiries like “What's your net worth?”, “Have you always had terrible acne?” and “Why doesn’t anyone want to be your friend?” As a result of such frightening interrogation, many scared congregants flee the coatroom and leave their coats behind, choosing to shiver outside in the cold rather than inside in fear.

Fifth, sometimes we are betrayed in the coatroom by disloyal, cut-throat acquaintances known as "Turncoats" who quietly and competitively hunt for open hangers with laser focus and Darwinian aggression. The Turncoats will not even acknowledge your presence until all of their precious garments are hanging safely and comfortably. Then, all of a sudden, the Turncoats turn into your best friends and insincerely offer (fake) assistance, knowing full well that they have already snagged the last available hangers.

Sixth, in the coatroom we also fall prey to those who are too lazy to search for an empty hanger and instead obnoxiously hang their coats right over the top of your coat. I call them the "Overcoats" and I’m always shocked how this selfish bunch does not care about the havoc caused by their underhanded coat camouflage. Adding to the audacity, the Overcoats tend to take their sweet old time retrieving their coats, all while their victims circle the coatroom dazed and confused.

Seventh, in the coatroom lurk those who insist on hanging up their coats right next to your coat in order to improve their own (perceived) social status. Pathetically, this group will even bring their own hangers to synagogue just to make sure they wind up alongside you. I call these sycophantic psychos the "Hanger-ons" and they wind up making the coatroom even more chaotic (and emotionally exhausting).

Finally, we need to realize that synagogue coatrooms simply are not designed to handle every congregant's coat. Remember in the movie Titanic when there is that chilly realization that the ship did not have enough life boats? Well, synagogue coatrooms have a similar problem, i.e., not enough hangers. It's a disaster just waiting to happen and the proverbial iceberg is a large event, when hordes of coat-wearers flood the coatroom, submerging it in a sea of jackets, ponchos and Canada Goose. When that happens, it's every man, woman and child for themselves. But even if you don't find your coat, don't worry. Just grab someone else's coat and take comfort that your coat eventually will be found, worn and cherished by another. In that moment, channel Celine Dion's epic Titanic theme song and passionately croon: "Here, far, wherever you are, you are safe in my coat and my coat will go on and on."

My Challenge to Israeli Scientists

The New Jewish Calendar
Don’t Believe in Other Gods Versus God is One
Seeing Without Eyes
Why Shouldn’t We Eat Whatever We Want?
Comments
MOST POPULAR IN Jewlarious
Our privacy policy
Aish.com Is Looking for Great Writers