Steven Weinberg and the Twilight of the Godless Universe 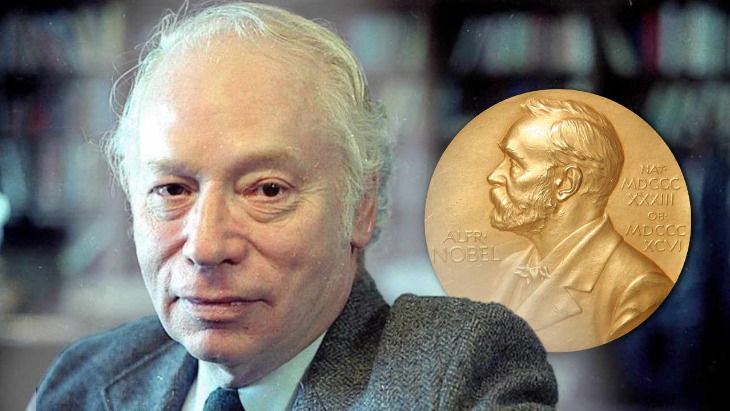 With the passing last month of Steven Weinberg, the world lost a great theoretical physicist.

With the passing last month of Steven Weinberg, the world lost a great theoretical physicist. Born to Jewish parents in New York in 1933, Weinberg received the Nobel Prize in 1979 for unifying two of the four fundamental forces of physics, the electromagnetic and weak nuclear forces. His proposed unification, later confirmed by experiment, proved key to the development of the Standard Model of particle physics, the best current theory of fundamental physics and our guide to the strange world of elementary particles. In addition, Weinberg made seminal contributions to quantum theory, general relativity and cosmology.

His death also marks the twilight of an increasingly dated view of the relationship between science and religion. Though Weinberg was a friend to the State of Israel, he was not sympathetic to Judaism or any theistic belief. Weinberg wrote many popular books about physics in which he often asserted that scientific advance had undermined belief in God – and, consequently, any ultimate meaning for human existence. The First Three Minutes, his most popular book published in 1977, famously concluded: “the more the universe seems comprehensible, the more it seems pointless.”

Weinberg’s aggressive science-based atheism now seems an increasingly spent force. Since 1977, Carl Sagan, Richard Dawkins, Stephen Hawking, Victor Stenger, Lawrence Krauss and many other scientists have published popular anti-theistic broadsides. Many of these stalwarts have since passed from the scene. Others have so overplayed their hands with overt attacks on religion that they have provoked even fellow atheists and agnostics to recoil.

Figures such as historian Tom Holland, social critic Douglas Murray, and social scientist Charles Murray now openly lament the loss of a religious mooring in culture, though they personally find themselves unable to believe. These “New New Atheists,” as distinct from the “Old New Atheists,” do not regard science’s alleged support for unbelief as one of its “great achievements,” as Weinberg described it.

Nevertheless, many such religious skeptics have yet to recognize the most important reason to reject science-based atheistic polemics: The most relevant scientific discoveries of the last century simply do not support atheism or materialism. Instead, they point in a decidedly different direction.

If the physical universe of matter, energy, space and time had a beginning, it becomes extremely difficult to conceive of an adequate physical or materialistic cause for the origin of the universe.

In The First Three Minutes, Weinberg described in detail the conditions of the universe just after the Big Bang. But he never attempted to explain what caused the Big Bang itself.

Nor could he. If the physical universe of matter, energy, space and time had a beginning – as observational astronomy and theoretical physics have increasing suggested – it becomes extremely difficult to conceive of an adequate physical or materialistic cause for the origin of the universe. After all, it was matter and energy that first came into existence at the Big Bang. Before that, no matter or energy – no physics – would have yet existed that could have caused the universe to begin.

Such considerations have led other prominent scientists – such as Israeli physicist Gerald Schroeder and the late Caltech astronomer Allan Sandage – to affirm an external creator beyond space and time as the best explanation for the origin of the universe. The logic of this view made Weinberg initially reluctant to accept the Big Bang and inclined him, instead, to favor the rival steady state theory. As he explained before coming around, “the steady state is philosophically the most attractive theory because it least resembles the account given in Genesis.”

Fellow Nobel laureate and physicist Arno Penzias – whose discovery of the “cosmic background radiation” helped kindle Weinberg’s interest in Big Bang cosmology – noted the obvious connection between the Big Bang and the concept of divine creation. As he argued, “the best data we have are exactly what I would have predicted had I nothing to go on but the first five books of Moses, the Psalms and the Bible as a whole.”

Weinberg also brilliantly used “anthropic reasoning” to estimate the value of the “cosmological constant” – the outward pushing, anti-gravity force responsible for the expansion of the universe from its singular beginning. He showed that if we assume the universe needed to produce life, then the cosmological constant had to fall within a narrow, highly improbable and otherwise unexpected range – as has proven to be the case.

Weinberg’s own research built upon, or helped to make, two key scientific discoveries – the universe had a beginning and has been finely-tuned from the beginning – that do not imply a purposeless cosmos.

To explain such extreme “fine tuning” without recourse to a transcendent “fine-tuner,” Weinberg favored the postulation of a multiplicity of other universes, an idea he acknowledged as speculative. The “multiverse” concept portrays our universe as the outcome of a grand lottery in which some universe-generating mechanism spits out trillions and trillions of universes – so many that our universe with its improbable combination of life-conducive factors would eventually have to arise.

Yet, multiverse advocates overlook an obvious problem. All such proposals posit universe generating mechanisms that themselves require prior unexplained fine-tuning – thus, taking us back to the need for an ultimate fine-tuner.

On his passing, Scientific American’s tribute to Weinberg described how scientifically literate people need to learn “to live in Steven Weinberg’s pointless universe.” Yet Weinberg’s own research built upon, or helped to make, two key scientific discoveries – the universe had a beginning and has been finely-tuned from the beginning – that do not imply a purposeless cosmos. Arguably, they point, instead, to a purposeful creator behind it all.

The writer is director of Discovery Institute’s Center for Science & Culture and the author most recently of Return of the God Hypothesis: Three Scientific Discoveries That Reveal the Mind Behind the Universe.

Will Your Cell Phone Kill You?

The Alphabet of Life