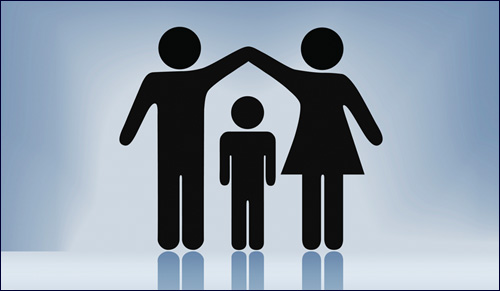 Stop coddling your children. They need to experience struggle and rejection.

In the musical Wicked, some of the creatures that the “wicked” witch, Elphaba, tried to help are resentful of her and angry with her.

And the lion also
Has a grievance to repay
If she'd let him fight his own battles
When he was young
He wouldn't be a coward today!

She meant to do something helpful for the lion yet she crippled him. We have an inclination as parents and as society to “rescue” others from potential errors and from the consequences of their mistakes – whether this is manifested in doing our children’s science projects for them or running to the teacher to complain about grades or making laws about the size of sodas we’re allowed to drink and what kinds of lunches our children are allowed to bring to school. Whether we are helicopter parents or we have created a nanny state, we are making the same mistake the fictional Elphaba made.

In seeking to spare those we love from the negative implications of their choices, we are limiting them as human beings. We are actually impeding their path to adulthood not enriching it. We are, in some way, responsible for keeping them permanent dependents, unable to move forward productively without us because of the situation we have created.

I was thinking about this idea the other day when I was in New York and saw this ad for the Anti-Prom:

“Anti-Prom provides an alternative, safe space for all teens who may not feel welcome at official school programs or dances because of their sexual orientation, the way they dress, or any other reason.”

I was disturbed by it because it seemed to me to be emblematic of this same mistake. I haven’t been in high school in many years and I didn’t grow up in a neighborhood where the prom was a big deal but I can certainly imagine the anxiety surrounding getting a date to the prom and the potential feelings of rejection when said date does not materialize. I can even imagine the feelings of just not fitting in or feeling unwelcome at the event (I experienced a significant amount of anti-Semitism in my high school years which certainly made me feel like an outsider). I just disagree vehemently with the solution.

The goal of raising children, as has been repeated many times, is not to make every moment of their lives happy and joyful and pain-free. The goal is to create successful adults. If we recognize this, then we understand that in order to accomplish this end, our children will need to experience pain and rejection and, yes, even failure. And we need to recognize that not only are these experiences not bad for them, on the contrary they are actually good. They will emerge better and stronger and more mature if we allow them to work their way through these events.

As adults we know that life has many challenges. No one has a carefree existence. What we need are coping skills, tools to get us through those times, ways to learn and grow – as opposed to an expectation of avoidance and rescue. We don’t want to bail out our children out every time they make a mistake or create an alternative experience every time the mainstream one doesn’t suit them. Instead we want them to learn how to thrive despite their external circumstances. We want them to see failure as an opportunity and exclusion as a learning experience.

Wicked is actually making a deep point. If the lion had been able to fight his own battles, he would presumably be no longer cowardly. He would feel a sense of accomplishment and self-confidence. As many have expressed, and as all children recognize, we don’t feel special because someone tells us we are, we feel special when we have made something of ourselves, when we have conquered a fear or risen above a situation or handled our pain. If we continue to rescue our children by raising them in a bubble and sparing them all pain and consequences they will not be happier, healthier or more productive. In fact the opposite is true – and, ultimately, like the cowardly lion, they will resent us for it.

It’s bucking the popular trend but it’s time we let our children fight their own battles.

In Praise of Stay-At-Home Moms

It Only Takes a Moment

Flattery
Scientific Curiosity and the Divine Encounter
Mind Over Milkshakes
Love the Convert
Comments
MOST POPULAR IN Family
Our privacy policy
Aish.com Is Looking for Great Writers