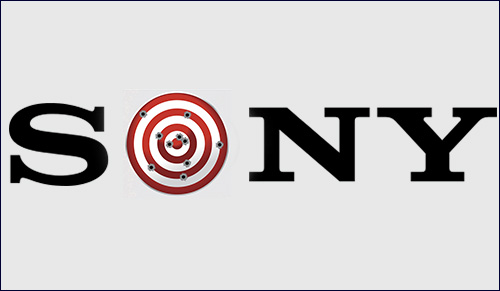 The greatest enemy of civilization is appeasement to evil.

The Sony Corporation just lost over 200 million dollars, but we may have lost something far more precious.

The story just came to a dramatic conclusion as the studio which produced the as yet unreleased movie, “The interview”, threw in the towel. They abandoned all plans for distribution of the film in which they had invested a small fortune. After being hacked by agents of the North Korean government, upset over the story line which mocked their glorious leader Kim Jong, Sony found itself threatened with a 9/11 style attack on moviegoers unless it pulled the plug on the film’s showings. Major movie chains all canceled out of fear for their theaters.

And so North Korea won the battle without having to fire a single bullet. What has once again become evident is the new paradigm of the West’s confrontation with terrorism: When threatened with violence, the only response is surrender.

Mind you, in this instance what was at stake is clearly negligible. The world will surely not miss a silly comedy about a CIA plot to assassinate the dictator of North Korea. But what those across the globe who seek to destroy us will assuredly note is that the default position of our current response to threats is simply appeasement – and it is a reality that has surfaced in the recent past in far more serious ways than the headline -grabbing problems of a major movie studio.

It took just a little while after this summer’s Gaza war against Israel for the truth to slowly begin to filter out. Journalists covering the story from inside Gaza were well aware of the numerous violations of the Geneva Convention that they witnessed. Hospitals were used as military centers. UNESCO schools stored weapons and missiles. Civilians, including women and children, were forcibly detained as hostages in dangerous areas in the hope that if injured or killed they could serve their PR purposes. Missiles were fired from the midst of civilians. The existence of tunnels was known to many. Yet none of this was reported. Why? Because the journalists were told in no uncertain terms what they could report and what they dare not make known, on penalty of expulsion and death.

The Gaza fighters threatened and the media cowered in abject fear and submission. And even after the war was over, only a few brave souls had the courage to admit it.

Threats work against democracies. So all too often evil gets its way.

The current list is long and it is truly frightening. Those opposed to Western ideas have learned to challenge what displeases them, secure in the knowledge that mere threats of violence will be sufficient for them to get their way:

It seems there is much that offends Muslim sensitivity – and the incipient threat of a violent response to follow if not eliminated all too often carries the day.

From the sublime to the ridiculous, recent headlines capture the incredible possibilities for Muslim anger: Beauty pageants; sale of pork products; the letter X; the number 39; the story of the three little pigs; the Apple store on Fifth Avenue; the bottoms of shoes; the Pope; Mickey Mouse; Barbie dolls; neckties; music on radio stations, in taxicabs, on elevators and on public transportation vehicles; a Vermont restaurant which posted a sign depicting bacon; a football stadium where the chanting of “USA, USA” by fans was considered offensive; as well as the parents of a 15-month-old autistic baby riding on a bus who started singing the theme song from Peppa Pig to keep their child happy during the ride and were then aggressively approached by a Muslim woman in a jihab, who was upset over their song choice – after which, in order to “keep the peace” parents and child were then forced to get off the bus!

Burger King will be withdrawing and changing the logo for its ice cream cups because, if one looks very closely and has a good imagination, the logo appeared to some Muslims to look sort of like the word Allah in Arabic if it was viewed from just the right angle. Not wanting to offend, Burger King caved in.

And that is how we begin to lose the American way of life.

The aftermath of North Korea’s “victory” over Sony needs to serve as a dramatic wake-up call. The greatest enemy of civilization is appeasement to evil. Those who threaten violence cannot be allowed victory simply because we fear to confront their challenge. That is a lesson history has taught us many times over and the bitter truth is, as Santayana well put it, “those who do not learn from history are condemned to repeat it.”

Why I Think This World Should End

Favor for a Dying Woman