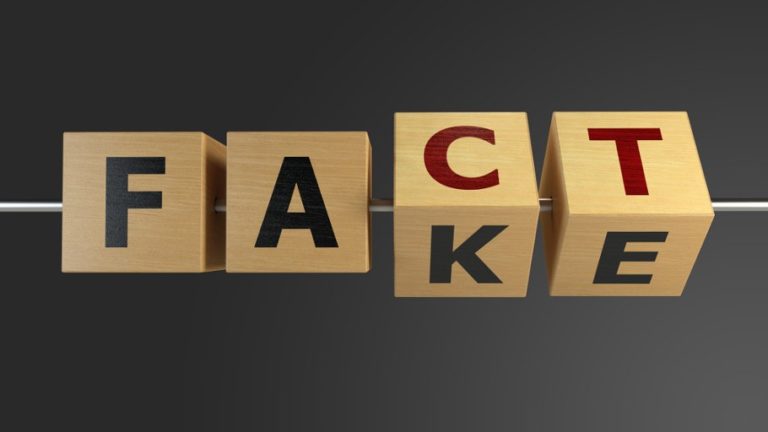 Welcome to the new fact-checking column, specializing in putting Jewish rumors and misinformation to rest for good! Ever heard of Snopes? How about Schmopes!

Q. Did a Jewish mother invite herself to her son’s house for a meal and then miraculously hold her tongue, making zero suggestions for the countless ways the daughter-in-law’s dinner could be improved.

A. This has been confirmed to be utterly and completely fabricated.

Q. Did a frazzled Jewish mom ever substitute Chanukah candles (because she forgot to buy birthday candles) on her sixth child’s cake? Did this same disorganized mother contemplate using eight chocolate cupcakes as a makeshift menorah on the last night of Chanukah when she couldn’t locate hers because she forgot it was displayed in the window?

A. Okay, alright – yes she did do the first thing, so sue her! But she did NOT ever do the second thing because I, err because she owns lots of extra menorahs. See how lashon hara gets started? Shame on you.

A. One hundred percent verified.

Q. When a flight was twenty minutes delayed in landing, did the telephone lines stay eerily silent because no Jewish mother felt the urge to call the airport to make sure the plane hadn’t crashed?

A. This rampant rumor easily gets confused with a similar one about a bus pulling into the station exactly eighteen minutes late and only one Jewish mother freaked out, imagining her son lying dead on the side of the road. Evidently the other Jewish moms reasoned that the number eighteen equals Chai and meant good luck, so they were able to maintain their composure. Both tall tales are equally unfounded.

Q. Did the kids on the above referenced bus never get sent to that particular Jewish summer camp again just because three children came home with colds?

A. One hundred percent verified.

Q. Could the following really have happened? Aside from forcing her offspring to wear sweaters when she was cold, a Mrs. Sarah Silverberg also insisted her kids eat when she was hungry, take a nap when she was tired, and call whenever she was lonely, which was a daily occurrence.

A. Untrue. It was a Mrs. Sophie Goldman.

Q. Did a Jewish husband’s car abruptly stop in the middle of the road, resulting in him immediately pulling out a shiny wrench and screwdriver (from a toolbox!) to repair it while his wife applauded him?

A. Sadly this cannot be substantiated. It’s thought to originate from a similar (but more credible) automotive breakdown anecdote in which the Jewish husband pulled out a shiny knife and fork (from a lunchbox!) and began to eat his wife’s cooking while his wife enthusiastically clapped her hands because she’d slaved all day over a hot stove preparing the brisket, which the husband usually deemed too dry for consumption, (A notion he’d been conditioned to believe about his wife’s food from his own critical mother. See very first urban legend above) Meanwhile the AAA gentile mechanic arrived, surveying the entire mashuganah scene in sheer disbelief.

Q. Did a certain Jewish hostess hide all the leftovers along with the afikoman so her Passover guests shouldn’t take any extra food home with them?

A. Ha! If you believe this, I’ve got a surplus of chocolate covered matzo and coconut macaroons from my last Seder to sell you because you “accidentally forgot” to take the To-Go container I packed up.

Q. Did a Jewish Bubbie have her gallbladder removed and afterwards text all her family and friends eight times in one day stating, “Please don’t worry about me, I’ll find a way to manage … somehow?”

A. This is blatantly false. She texted this message 31 times.

Q. During a Jewish wedding reception, (which went overboard with dozens of well-meaning relatives making toasts in rhyme because Jews fancy themselves to be brilliant writers AND great public speakers) did the Maid of Honor finally stand up and recite the following?

Enough with the toasts,
This wedding is Jewish
Bring on the pot roasts
Without further ado-ish!

A. True-ish! (My sister gets very cranky and writes bad poetry when she’s on a diet.)

Should I Dress Up on Purim?