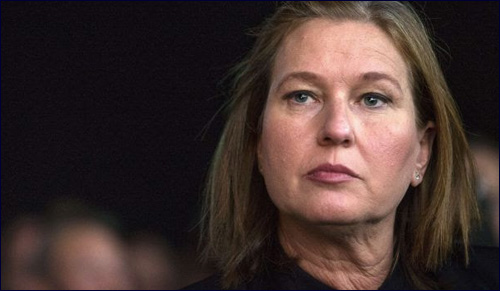 The student’s offensive remark was not only anti-Semitic, it violated the sanctity of all human beings.

It isn’t just Jews who should have been horrified by what happened at Harvard. The story was far more than an illustration of vile anti-Semitism at one of the most prestigious educational institutions in the world. It demonstrated the profound failure of our contemporary educational system to include as one of its most important concerns the goal of civilized behavior.

The Program on Negotiation at Harvard Law School, co-sponsored by the Jewish Law Students Association and Harvard Hillel, hosted a conversation between former Israeli Minister Tzipi Livni and American Diplomat Dennis Ross. After the presentation of alternate views on the political situation between Israel and the Palestinians, a question-and-answer period followed. This was an opportunity for Harvard’s “best and the brightest” to address their concerns and to share their insights. One of the students indicated he had a question for the Israeli representative.

“My question is for Tzipi Livni – how is it that you are so smelly?”

When his question induced puzzlement, he followed up: “It’s regarding your odor – about the odor of Tzipi Livni, very smelly.”

“How was it that you are so smelly?” was regarded as offensive by many of those present because it was viewed as a specifically anti-Semitic barb. Jeremy Salinger, Jacqueline Wolpoe, and Jonathan Gartner, the current co-presidents and immediate past president of the Jewish Law Students Association, made clear the direct links between the “smelly Jew” accusation and stereotype of the Jew for centuries as “smelly and dirty.” 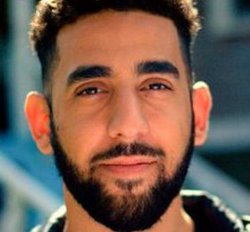 While the identity of the law student who was the source of this inflammatory “question” was concealed for a number of days by Harvard University, it subsequently became known , and the young man, Husam El-Qoulaq, was adamant in his own defense in insisting that he had no previous knowledge of this particular insult’s history of anti-Semitic overtones.

And that, remarkably enough, made Husam certain that he did nothing wrong and his behavior was perfectly justifiable.

Following in the vein of today’s non-apologetic apologies, Husam then publicly wrote a disclaimer: “I am writing to apologize, as sincerely as I can via this limited form of communication, to anyone who may have felt offended by the comments I made last week.” He writes to apologize if anyone may have felt offended – which Husam clearly doesn’t believe they should feel. “To be very clear, as there seems to be some confusion, I would never, ever, ever call anyone, under any circumstances, a ‘smelly Jew’. Such a comment is utterly repugnant, and I am absolutely horrified that some readers have been led to believe that I would ever say such a thing.”

Of course the whole thing started because that’s precisely what Husam did say – but take the soon-to-be graduated Harvard lawyer’s word for it that he would never ever, under any circumstances, call anyone a “smelly Jew” – except maybe Tzipi Livni who for some reason doesn’t count in his supposed confessional.

Sure enough, eleven Jews at the university wrote an open letter criticizing those who condemned Husam for his outburst. His supporters are appalled that he is “a victim of a vicious smear campaign.”

What amazes me is the fact that the focus has consistently emphasized the anti-Semitic aspect of this outrageous incident, as if only racism warranted our disapproval. His obnoxious and uncivilized behavior has remained free from criticism and condemnation. Rudeness, insolence, disrespect and discourtesy violate the sanctity of all human beings, not merely against a specific group. Lack of civility makes impossible the very existence of civilized society.

Jewish tradition powerfully makes the point by way of the way in which we observe the days preceding Shavuot, the holiday commemorating the divine gift of the Torah to the Jewish people. These days should have been marked by joy and happy anticipation. Instead they have become a time of sadness and mourning. That is because in Talmudic times a plague struck the students of Rabbi Akiva, during which thousands of them died. The rabbis, in their wisdom, however knew the cause of this tragedy. It was because the scholars, with all their learning, “did not show respect one to another”. Their behavior belied their intellect. Their insensitivity canceled out the blessing of their scholarship. And that is a lesson that needs very much to be understood in our times.

Common courtesy, what in Hebrew is known as derech eretz, precedes even Torah. How tragic that Harvard has somehow been unable to transmit that idea and ideal to its brilliant scholars.