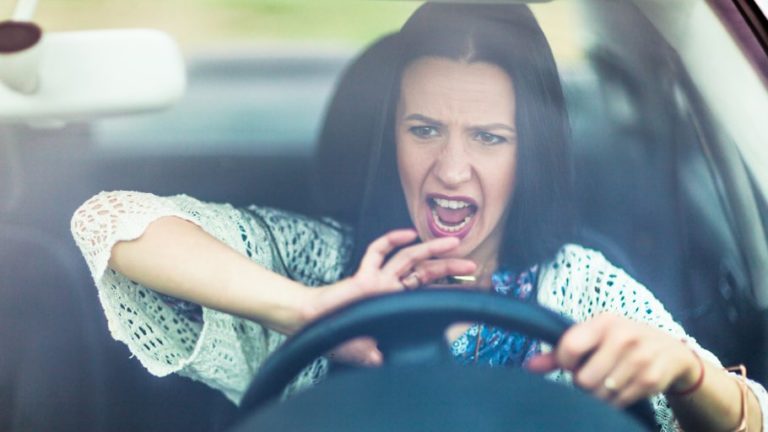 All of the sudden the car in front of me stopped. I fumed.

I pride myself on being very patient, especially in traffic. But, as the old saying goes, my pride definitely went before my fall.

I was sitting in traffic, impatient to get moving, impatient with other drivers, even impatient with the inanimate stoplights and stop signs. And then all of the sudden the car in front of me stopped.

I started muttering, quietly, and then getting progressively louder. What’s going on here? Why aren’t you moving? You’re slowing us all down!” (Am I the only one who fantasizes about having a bullhorn in the car so I could tell the other drivers that I’m actually the one with the right of way?!)

I sat there drumming my fingers on the steering wheel and slowly fuming. Then I realized what was happening. The driver ahead of me had actually stopped to let a car traveling in the opposite direction turn left into a driveway. He was engaged in an act of kindness. I clearly was not.

I’m sorry to say that this is not the first time such a situation has occurred. We often can’t see people crossing the street and wonder why the cars just don’t keep moving. Even worse we sometimes attempt to pass them and speed by only to discover at the last minute that we endangered the pedestrian!

These are not just lessons about the danger of pride although dayenu – that would be enough. They are also a reminder to judge favorably.

Yes there are bad drivers and reckless drivers and selfish drivers and we need to drive defensively. But they’re not always like that.

Maybe they’re driving poorly and we need to be wary , but we need to layer that with a positive attitude. We need to assume the best while simultaneously driving with eyes in the back of our heads.

Because however someone else is driving, if we are patient and we judge favorably, we’ll just have a better day. And become a better person in the process.

Leave It to Mrs. Cleaver