Shock and Pain in Miami 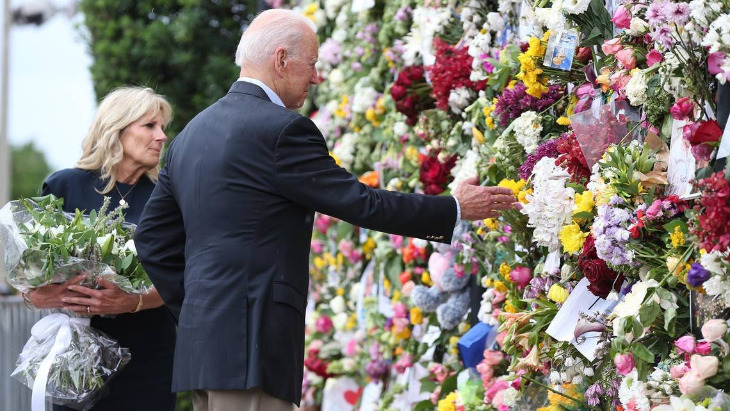 A Rabbi's firsthand account of the unfolding tragedy in Surfside.

The enormity of the tragedy and its deep connections to our community hit me hard just a few hours after the collapse of the Champlain Towers South condo building. I was scheduled to conduct a funeral early that same morning for a young father in our community who had painfully passed away from Covid-19. I was already bracing myself for an emotional funeral as his passing was a shock and he and his children are beloved in our Miami community, but as soon as I walked through the funeral home doors I saw faces that expressed a look of utter shock and horror.

One of the family members hugged me and screamed, "They were all in there!" They informed me through tears that several of the deceased friends and their children flew in the night before for the funeral from our sister community in Puerto Rico, and they were all staying in the South Tower. Words can’t describe the feeling of tragedy upon tragedy we all experienced that morning and over the next many hours as the names of those trapped in the building came out. So many names and stories of people interconnected with our community and the entire Miami Jewish community in so many ways that it was hard to comprehend what and how quickly this all happened.

As Jews, we don’t ask why; rather we ask what can be done despite the pain and shock of the news. The Miami community as a whole immediately put their torn emotions into action as one unit. Two large communities in different parts of town set up collections and storage points for drop off of needed items and a united Chesed Fund was set up to start a tzedakah collection. The Rabbis and community leaders all worked together to send resources and volunteers as a united group to all these places and by Thursday night already there were so many volunteers and supplies that the word was sent out to stop as there was too much. 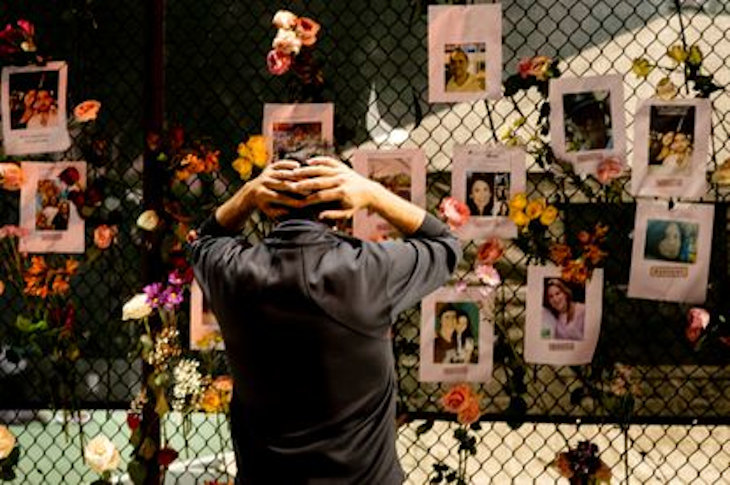 Hatzalah, the volunteer Jewish ambulance service, which in an amazing twist was authorized by the Governor only one week before in a signing ceremony that took place in Surfside itself, quickly sent in all their resources to assist in every possible way.

Action also took place in the form of a tremendous amount of prayer groups in person, on Zoom. As much as the physical needs are important, it is our prayer that is our true power as Jews, and the community responded as such.

Families responded with gratitude to God on that Shabbat for being saved from the tragedy. After being called up to the Torah, one man in our community turned to the community and cried in appreciation to God about his in-laws being airlifted out of the connected building to safety. Another family in our community whose daughter is in my daughter’s class barely made it out of the Tower as it started to crumble. The mother heard what sounded like an earthquake and saw from their first floor balcony that the garage started to cave in. She screamed at her children to jump out of bed and they ran out of the building with nothing but their clothing. On the way out of the building they screamed to the security guard to pull the fire alarm to no avail. They were outside the building that night with other survivors for hours with nothing as the chaos surrounded them and no way to help their friends stuck inside the rubble.

As the next week came, the intensity of the rescue efforts started to really bear down. The families were finally allowed to come to the site and bring significant others with them. People screamed with all their might, hoping survivors in the rubble would hear their encouragement as they screamed their prayers for a salvation. These were very impassioned moments, as were the first several daily meetings that were set up to update the families with more specific information and give them a place to ask questions to the authorities.

While the families had appreciation for the all the help of the first responders, by day five frustrations started to boil to the top as progress wasn’t being made in finding survivors. There were points in the meetings that were understandably very heated as families were desperate to find their loved ones. The families pushed the authorities as much as possible and were torn in limbo and suffering not being able to do more while most believing that every possible angle was being pursued.

But no one gave up hope. As Jews we know the Talmud teaches that even if a sword is swinging down on a person’s shoulders we never give up hope until there is nothing left. The authorities in those meetings explained there were pockets of space they identified that may contain life, so we all continued to push and pray.

After one heated exchange between a family member and authorities on a day six meeting I turned to the family whom I did not know and tried to give them some strength. They knew I was from the Sephardic community and told me that every day they listened to a Sephardic Rabbi – Rabbi Ashear – who gives classes on faith in God and just the day before the Tower collapse they sent one of his classes to their child who is one of the missing. I told them that I knew Rabbi Ashear and would call him on his cell phone to try and connect them. When I called the Rabbi it kept going to voice mail until he called me back and apologized telling me he just landed…in Miami! He had a scheduled visit planned long before and was in Miami for just a few hours. He came to see the family right away and it gave them a tremendous amount of strength knowing that unexpected things – like this visit – happen so as not to give up hope even in the unexpected.

On the eighth day, President Biden, Florida Senators and the Governor came in a bi-partisan way to support the families. They came to offer help and to offer love and consolation. Some of our families were too emotionally exhausted or felt their time was better used saying Psalms non-stop rather than to come to the meeting. Most, however, did come and connected in a very personal way with the President and Governor and their wives, each of whom spent time with every single person who wanted time. 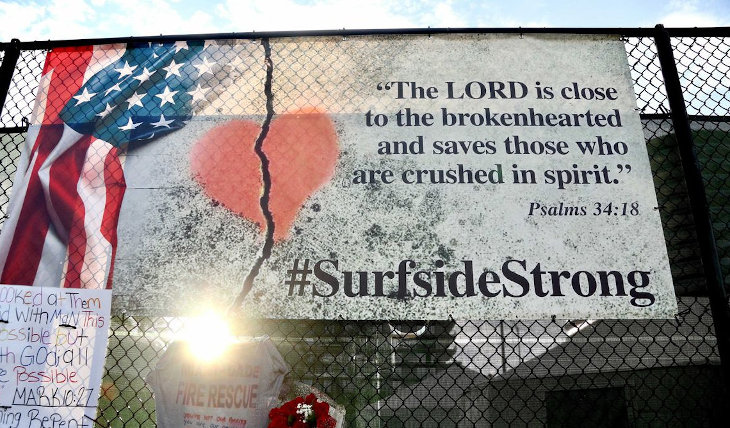 As we sit here on the ninth day since the tragedy continuing to hold on to dwindling hope, we also have to hold on to the thought of that young man. God is the real President and his ways are beyond our understanding, but at the same time we have access to Him. We don’t only have access at a one-time meeting but at every moment of every day to share our thoughts and pray. He is always listening. May God hear our prayers.