Sharing Your Spouse’s Interests (Even When You Really Don’t) 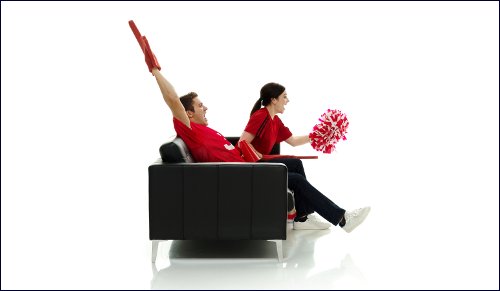 My husband likes words. Correction: he loves words. He likes them so much that one year for his birthday I bought him an etymological dictionary. He really appreciated it (It’s always nice to give just the right gift –although I reminded him that I prefer something from the jewelry department!) and began to eagerly pore over the entries.

He likes to read particularly interesting ones to me, sometimes at night just as I’m nodding off. As you can probably tell, I’m not as fascinated as he is – and yet I am! Because even though it doesn’t speak to my interests, it speaks to his. And if it’s important to him, I try to make it important to me. Even when it’s challenging. Even when it’s…boring (You didn’t hear me say that!).

Because that’s part of marriage, part of giving, part of growing together. And I’m positive there are some ideas and thoughts that I share with him that he would not explore on his own but he pays attention because I’m the one sharing them. That’s part of the commitment we make to each other. And the price doesn’t seem to be too great.

And yet it doesn’t seem to be that common either.

I have a friend who works for a large corporation. In the interest of building team spirit and loyalty to the company, they have a number of family events. Every time she tries to get her husband to participate he refuses. “I don’t work for them,” he responds. “It’s her job; not mine.”

Needless to say, this does not endear him to his wife who now feels unable to share her work challenges or friendships or stories with him. I understand that he isn’t interested. But he needs to try. It seems like he’s doing it for her sake but it’s really for the two of them, it’s really for the sake of their marriage.

I have another friend whose husband is a CPA. I know it’s unfair but they get a bad rap in the “interesting jobs” department. But her husband tells her stories of his day and his challenges with his clients (no names, no gossip) and the different types of companies he works for and they have found a way to make it exciting (okay at least interesting) for both of them.

Sometimes I’m too tired to talk about the etymology of certain words. Sometimes I change the topic. Sometimes I just go to sleep! But I think the point is clear. In a relationship of giving, we express interest in what moves our partner just because it does, regardless of whether we would be independently interested or not. It’s an act of giving. It’s an act of caring.

If we don’t do this, we risk leading separate lives, operating on parallel tracks, becoming more like roommates than spouses. Assuming this is not our goal, we have to lift up out of only our concerns and focus on those of our spouse. If we really work at it, we may actually find ourselves interested in the topic that we weren’t initially drawn to – but at the very least we will develop greater closeness with our spouse. It’s a very small price to pay for very large dividends.

My husband recently discussed brushing up on his Latin. Let’s hope he doesn’t!

Working On Appreciating My Spouse during Elul
G-d Time
Shavuot is The Holiday of Cheesecake and Blintzes
What Does Kosher Mean Literally?
Comments
MOST POPULAR IN Mom with a View
Our privacy policy