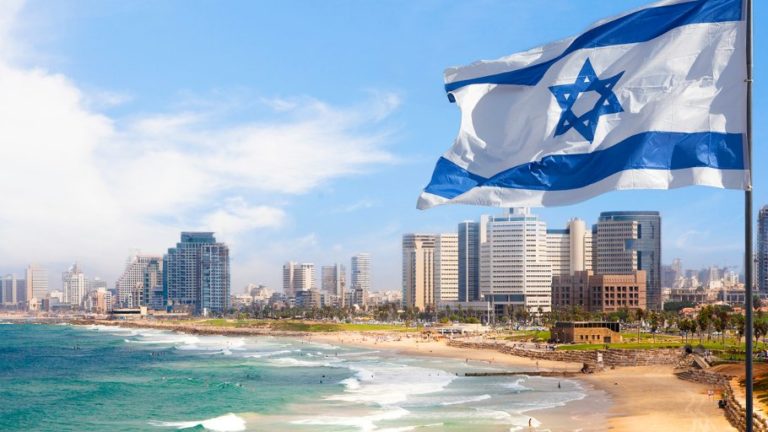 Why you and your family should visit the Jewish state as soon as possible.

When is the best time to visit Israel? Today. Here are seven compelling reasons you and your family should visit the Jewish state as soon as possible.

Visiting Israel – even just once – seems to have a huge impact. That’s the conclusion of the Jewish Futures Project at Brandeis University in Waltham, Massachusetts. Studying young adults who visited Israel on a ten-day Birthright trip, the researchers noted those who’d visited the Jewish state “are more likely to feel a connection to Israel, have a Jewish spouse, raise Jewish children and be engaged in Jewish life, even a decade or more after the trip.”

Among Birthright participants who were married or engaged, visiting Israel correlated with a much greater connection to Judaism: these couples’ trips have “a positive impact on virtually all areas of Jewish engagement, including Jewish communal involvement social and cultural engagement, and religious observance” Brandeis’ researchers noted. That’s a powerful impact from even a single trip to the Jewish state.

This is where the patriarchs and matriarchs, as well as countless other figures from the Torah and Jewish history lived and worked and breathed and are buried. One way to gain an even more visceral connection to the Torah’s history is to volunteer at one of the many archeological digs throughout Israel, many of which welcome tourists for a day or an afternoon. My son once sifted some dirt at a dig dating to the time of Hanukkah and found a leather sandal, an amazing reminder that the figures we read about were real.

In Israel, Jewish history feels present in a way that is utterly unique. Take the street names – many are named after great Jewish thinkers and writers. Strolling down Rabbi Chaim Berlin Street in Jerusalem or Chaim Nachman Bialik Street in Tel Aviv is a great way to foster curiosity about these and countless other figures in Jewish history.

Israeli museums contain fascinating information about Jewish history. And Israeli food offers its own fascinating lessons in Jewish history, as culinary traditions from every corner of Jewish life mingle together to create a delicious new Israeli fusion cuisine.

Israel’s beauty is a fun reason to visit the Jewish state. From the rolling hills and grape-vine covered valleys of Israel’s north to the vivid mineral-streaked rocks of the Negev Desert in the south, Israel’s scenery is utterly magnificent. Add to that some of the world’s most celebrated beaches, buzzing cities, great art and music scenes, and a world-class cuisine, and visiting Israel is a fun vacation experience as well as meaningful connection to Jewish life.

5. A chance to think for yourself.

“It wasn’t what I expected at all!” I’ll always remember that comment from a Jewish friend who’d long refused to visit Israel, citing what her childhood rabbi had told her over and over was Israel’s many flaws. After years of anti-Israel rhetoric, my friend suddenly found she had to visit Israel for work. She came back profoundly changed, with all her assumptions altered by finally seeing the country for herself. Many people have strong opinions about the Jewish state. Visiting can give us a chance to think and reason and draw our own conclusions.

There’s something intensely spiritual about being in Israel, the land that was promised to the Jewish people. One friend told me how she never thought of herself as a religious person until she visited the Western Wall on a backpacking trip through Israel. Standing there, at the site of the ancient Temple where generations of Jews worshipped God for thousands of years, she found herself crying, amazed at the connection she felt to Jewish history, to the Jewish people, and to the Divine.

One tourist who felt this incredible spiritual power was the pop singer Paula Abdul, when she visited the Jewish state for the first time in 2013. Ms. Abdul was so blown away at the otherworldly feelings she experienced, she decided to celebrate her bat mitzvah at the Western Wall – 39 years late. “I’ve travelled the world touring and things like that,” Ms. Abdul explained, but visiting Israel was “the most magnificent trip I’ve ever taken… magical and emotional.”

7. Israel’s a land of miracles.

In Israel, in order to be a realist, you must believe in miracles. That quote by Israel’s first prime minister David Ben Gurion, sums up life in the Jewish state. Time and again, Israel’s survival and prosperity seem nothing short of miraculous.

Visiting Israel gives you a chance to see the verdant farmland that early pioneers tamed and planted, making the desert bloom. It gives you a chance to see the sites of the bloody battles that Israel fought in its many wars of desperate survival, and to marvel at the many close calls and miraculous victories that have protected the Jewish State. Touring Israel is to understand the incredible survival of this tiny country, surrounded by a sea of hostile armies, and to marvel that it has managed to grow and thrive.

Add your reasons to visit Israel in the comment section below.

For info about free and subsidized Israel trips, visit:

The Jewish Women’s Renaissance Project offers subsidized trips to Jewish women who have at least one child under the age of 18. Preference is given to women who have never visited Israel before. www.jwrp.org/faqs

What's a London Girl Like Me Doing as the Northern Spokesperson for the IDF?

Loving the Land of Israel
Is Grease the Word?
Dried Fruit Compote
Scientific Curiosity and the Divine Encounter
Comments
MOST POPULAR IN Israel
Our privacy policy
Aish.com Is Looking for Great Writers