Set Your Egg Timer to 6 Months 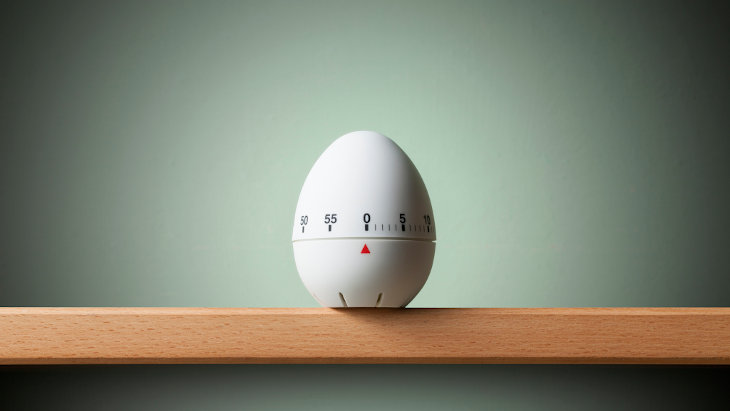 How would you live your life if you knew you had just six more months to live?

I wrote the following article in early February after my trip to Europe which concluded in Northern Italy that today is devastated by coronavirus. We missed the virus by only two weeks. In that short amount of time we have transitioned into a different world. I think the piece is now more relevant than it was in early February.

I bought the girls bracelets at the Venice airport on my way back to Denver. When we changed planes in Frankfurt, I realized I had left the bracelets in the airport gift shop. I was upset for about 5 seconds, and then I remembered a story from Randy Pausch's The Last Lecture, the book I was rereading for the third time on the flight home. Randy Pausch was a 46-year-old professor who was diagnosed with pancreatic cancer and told he had only six months to live.

He wrote the following:

Once, about a dozen years ago, when Chris was seven years old and Laura was nine, I picked them up in my brand-new Volkswagen Cabrio convertible. “Be careful in Uncle Randy’s new car,” my sister told them. “Wipe your feet before you get in it. Don’t mess anything up. Don’t get it dirty.”

I listened to her, and thought, as only a bachelor uncle can: “That’s just the sort of admonition that sets kids up for failure. Of course they’d eventually get my car dirty. Kids can’t help it.” So I made things easy. While my sister was outlining the rules, I slowly and deliberately opened a can of soda, turned it over, and poured it on the cloth seats in the back of the convertible.

My message: People are more important than things. A car, even a pristine gem like my new convertible, was just a thing.

This story took place before Randy was diagnosed with cancer. Though we don’t think of ourselves as being in Randy’s situation, we all have an expiration date. Randy’s egg timer had been set for 6 months by his doctors (he actually lived for 11 more months). Others of us have our lives suddenly interrupted, like Kobe Bryant, or greatly extended, like Kirk Douglas. We don’t know.

We have been given the rare opportunity to prioritize what is most important to us.

I keep saying we, but of course I really mean me. Before I left for our ten-day European trip, I asked my wife to please not park my new Tesla Model 3 close to other cars, so it wouldn’t get scratched. My wife loves to play a game of finding the closest parking spot to the door of the grocery store, which means she often parks too close to other cars. So she was texting me pictures of my car parked alone on the outskirts of parking lots, with the caption “Your car is scratch-free”.

If I knew I had six months to live, would I still have asked her to do this? We objectify things, cars especially. If we had our egg timer set on six months, we’d prioritize what really matters: relationships, inhaling life, walking in the park. We’d reset what we care about, and it wouldn’t be things.

I don’t know when the buzzer on my egg timer will go off, but I’ll be trying to keep it mentally set on six months (and at some point it will be). And honey, if you are reading this, you can park that piece of metal anywhere you want.

P.S. The world has changed in a matter of weeks, if not days – schools, restaurants, almost everything is closed. We went from normal life to a surreal world of empty store shelves, quarantines, and socially distancing from others. We are at war with an invisible enemy.

There is a silver lining in this.

Though the number of people in the US who have died so far from the virus is less than number of people who died by choking over the same time period, we are reminded about our mortality every day.

Individuality, Conformity and Being Jewish

Sukkot: Turning Nothing into Something

A Friend Indeed
How to Become Immortal
Judaism and Mental Health
Jews and the Chocolate Trade
Comments
MOST POPULAR IN Spirituality
Our privacy policy
Aish.com Is Looking for Great Writers