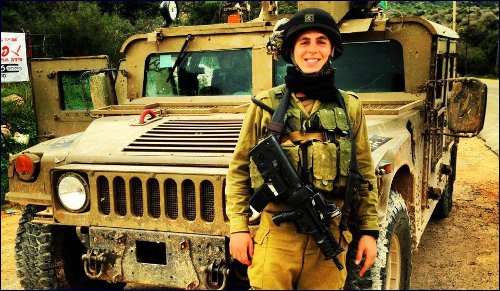 Sgt. Sean Carmeli fell in battle. The Aish HaTorah community – and the people of Israel – mourn his loss.

Aish HaTorah, the Jewish community of South Padre Island, Texas, the Golani Brigade, and all of Israel are mourning the loss of Sgt. Sean Carmeli, one of 13 soldiers who fell bravely in battle over the weekend in the Shejaiyah area of Gaza City.

Sean, known in Hebrew as Nissim, was born to Israeli parents, Alon and Dalya Carmeli, who raised him in South Padre Island, Texas. Though they were part of a small Jewish community of under 100 people, Sean connected to his Israeli roots and Jewish heritage throughout his childhood and early teenage years.

The Carmelis were leaders in their Jewish community. Alon Carmeli sponsored the community’s first Torah scroll and dedicated the synagogue in memory of his father-in-law, Nissim Buganim, after whom Sean, now of blessed memory, was named.

At the beginning of Sean's high school years, his parents made the decision to move back to Israel. Four years later the Carmelis moved back again to Texas and Sean was faced with a big decision.

Instead of going back to Texas with his family, he stayed in Israel. He chose to study at Aish HaTorah to strengthen his knowledge about Judaism before entering the army to defend the Jewish people and the land of Israel.

His friends from Aish have great memories of him. Jason Kipp, one of his roommates, remembers Sean’s constant positive energy. “He was just a happy guy,” Jason told Aish.com. “Whatever he was doing, he was enjoying it. He didn’t complain. Everyone loved him. He was always smiling and people gravitated towards him.” 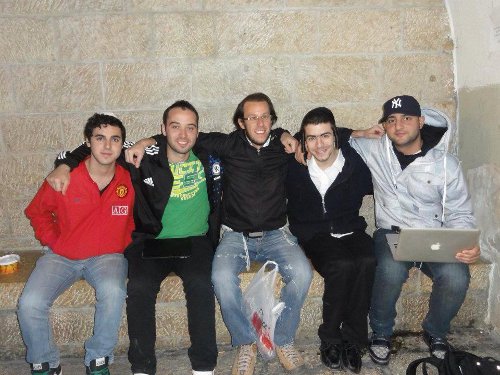 From Aish (Sean is on the left in red)

“Sean inspired me by seeing someone determined to do the right thing whether or not he enjoyed it,” recalls Effy Cohen who studied with Sean at Aish. “He was always encouraging others to do what was right.”

Sean enlisted in the Israel Defense Forces as he had planned. Jason says it was not a difficult decision for Sean. “He loved Israel. For him it was just kind of a given. He wanted to do his duty.”

In 2012, Sean was drafted. He posted on his Facebook page at the time: “Can’t believe I’m joining the army in 7 hours, goodbye freedom, see u in 3 years.” 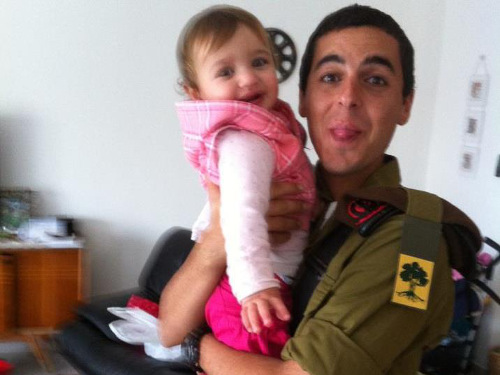 Two years later, on July 20, 2014, Sean fell in battle. On a mission to eliminate Hamas weapons caches in the Shejaia region of Gaza, Sean and five of his fellow Golani Brigade soldiers were killed by Hamas terrorists who used homes to launch attacks on Israeli soldiers.

Sean personified that Jewish ideal. He pushed himself to stay in Israel, to learn, and to defend.

He was laid to rest Monday night in Haifa, Israel. The day of the funeral, the Maccabi Haifa soccer team posted the funeral information on social media. The message, which noted that Sean was a lone soldier from abroad, read, “Come and pay final respects to a hero who died so that we could live.” Over 20,000 people from all walks of life attended the funeral to pay their last respects. The vast majority never knew Sean but were inspired by his story. He inspired them in his death, just as he inspired his classmates at Aish during his life.

Throughout Jewish history, Jewish heroes usually come out of nowhere. King David, for example, did not become a leader because he was “next in line.” He was simply a young Jew who recognized a situation that called for leadership. He only became King after he filled the void in the battle against Goliath. We are responsible for the world. Don’t wait for the experts or governments to lead. If you see a need in the world, it is incumbent on you to take responsibility for it.

At age 21, Sean personified that Jewish ideal. He pushed himself to stay in Israel, to learn, and to defend. He put it all on the line for the nation of Israel. Ultimately he paid the ultimate price, for which he will never be forgotten.