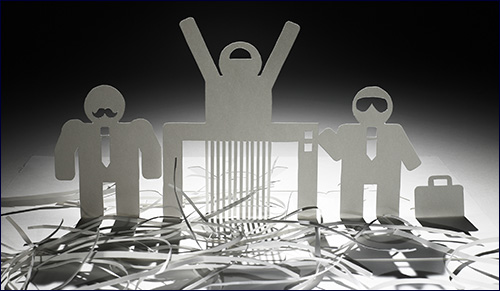 Jewlarious has obtained a leaked document of alternate torture methods under discussion by the Kingdom of Saudi Arabia.

Last week, Saudi Arabia, a bastion of free speech, condemned the Charlie Hebdo attack and then promptly went back to repressing and torturing its journalists…. like Raif Badawi, who is spending five years in prison and receiving 1000 lashes for insulting Islam.

Guess which country is going to win the UN Menschlachkeit award? Saudi Arabia!

As far as we know, Bob Dylan songs are still not available on whatever part of the internet Saudi Arabia has not repressed, but “The Times They Are a Changin’” in Saudi Arabia…maybe. Well, let’s be honest, maybe not. The Wall Street Journal reports that Saudi Arabia is feeling the pressure and may end its practice of flogging (aka torturing) its citizens. After a January 9th, post-Hebdo flogging of Badawi, they graciously postponed another public lashing of Badawi on medical grounds – because his wounds had not healed. Guess which country is going to win the Menschlachkeit award at the UN this year? Saudi Arabia! But, those Saudi tricksters have ways of saying one thing and doing the other. As usual, Jewlarious has scooped other media outlets and smuggled out a list of alternate torture methods under discussion in Saudi Arabia:

1) Listening to state sanctioned comic, “Crazy Mahmoud”: “Did you hear the one about the Saudi Citizen? He lived in the halo of the prophet for his whole life and died happily, thankful for everything he received from King Abdullah!” Good one! Saudi Arabia will force journalists and other enemies of the state to listen to jokes like that for hours, until they promise never to transgress again.

2) Ahmed’s breath: “Ahmed, have you never brushed your teeth ever? What, did you consume a whole spit of barbecued goat’s leg? No wonder you are single. Ahmed, your teeth are little, brittle satellites of putridity… Oh, I give up Ahmed. I will admit to anything including the kidnapping of the Lindbergh baby.”

3) Forcing Men to Wear Burkas: We all know how repressive it is to force women to wear Burkas. Why not mess with the other 50% of the population too? You transgress against the state and you not only go to jail, you are forced to wear a full head-to-toe black outfit in the steamy workout yard of a Saudi prison and… you effectively lose your driver’s license too, because nobody who wears a burka is allowed to drive in Saudi Arabia! But, where are you driving anyway, because you are in a Saudi Arabian prison.

4) Medicine deprivation: The Saudi’s don’t even need to start doing this, because they are already doing it! Yes, if you exercise some sort of basic right – free assembly? – you could be imprisoned and the Saudis could take away your medication. Sure, you don’t need that insulin, but it is a nice thing to have to ensure that that glucose can be absorbed. Maybe you have anxiety, but is that medicine going to help anyway? You are about to be held against your will for 15 years. Talk about anxiety!

5) Tattoo of Bibi: The Scarlet Bibi! See how many dinner parties you get invited to while walking around downtown Riyadh with a tattoo of Benjamin Netanyahu between the eyes (Note: Some dinner parties are illegal in themselves so those who have the Bibi tattoo may be guilty of already having dined in private with friends.) This is the most diabolical torture the Saudis could ever think of, because it psychologically wounds the anti-Israel/anti-Semite who is tattooed and simultaneously sets him up for street vengeance, rather than documentable governmental torture. Next up, the Menachem Begin inflatable sumo suit!

6) Ever heard of Waterboarding? Well how about water boring: That’s right, it’s just you in a sweaty Saudi interrogation room staring at a glass of water. No books. No (Saudi controlled) internet. No TV with all of those hilarious Saudi sit coms like the ever popular How I Met Your Mothers. Just you and the water. You will be begging for a CIA black site in no time.

7) Cartoonist seminars: So you know how much the Muslim world loves Islam related comics right? Well now Saudi dissidents will actually be forced to draw pictures of Mohammed. And they will have to include their name and phone number on their comic. And email address. And Twitter handle. And they will have to hand out their comics in Mecca while operating a hot dog stand. During Ramadan. Shouting, “Get your hot dogs and blasphemy here!” That should be fun.

8) Telling them the truth: Every good Saudi is raised on a constant diet of Anti-Semitic tropes. Well imagine what is going to happen when you tell them it’s not true! That’s right, Jews don’t control the world’s banks, the media or Hollywood (OK they do control Hollywood). That’s right – this is psychological warfare! He’s going to start questioning everything in his Saudi world that he ever believed was true. “The next thing you are going to tell me is that there’s no such thing as Ibn Santa Claus?!”

Distanced Learning
Lessons from the Book of Jonah
Where Are We? The Body, Brain, Soul Problem
Dr. Sheila Nazarian’s Escape from Iran
Comments
MOST POPULAR IN Jewlarious
Our privacy policy
Aish.com Is Looking for Great Writers