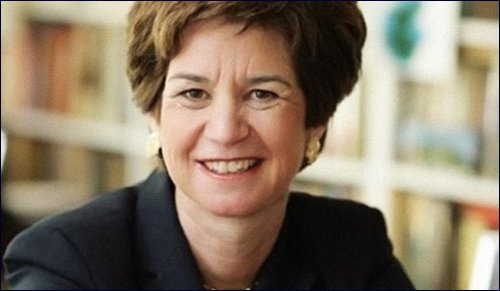 Building a country of courage, democracy and values.

The daughter of the late US Senator Robert F. (Bobby) Kennedy – assassinated in June 1968 during his run for president by a Palestinian – waxed poetic about the Jewish state in an interview with Israel’s Channel 1, saying that she came by her awe with the country honestly, from her family.

“Everywhere around the world could look to Israel as an example of people who are determined to make something work," she said. "It's fabulous."

She recounted her father’s stint as a journalist at the age of 22 – for the defunct Boston Post – when he covered Israel’s War of Independence in 1948.

“[H]e wrote about the courage of the Israelis, and how they were determined to build a new country,” she told interviewer Ya’akov Ahimeir – whose own father, Zionist revisionist Abba Ahimeir – was a well-known figure in Palestine when RFK arrived. “After seeing such horror in Europe…they were going to build a country of courage and of democracy and of values. And…he realized, when he saw the Israelis, that the United States had a special relationship to this country, and needed to make sure that that relationship stayed firm.”

She then added, “And, as you know, in 1968, he was fighting for the 50 jets that would be given to the Israeli army, and he was killed because of his support [for Israel].”

Townsend was referring to her father’s murder at the hands of 24-year-old Sirhan Sirhan, who – after RFK’s address to supporters at the Ambassador Hotel in Los Angeles when he won the California primary – opened fire with a revolver, hitting the candidate three times and wounding five other people. RFK was rushed to the hospital and died the following day. Sirhan Sirhan told his interrogators that he had set out to kill RFK for his vocal support for Israel.

According to a report released by the think tank the Jerusalem Center for Public Affairs in 2008, RFK’s dispatches from Palestine during the war included descriptions such as:

The Jewish people in Palestine who believe in and have been working toward this national state have become an immensely proud and determined people. It is already a truly great modern example of the birth of a nation with the primary ingredients of dignity and self-respect.

Another item he wrote was headlined: “Make Up for Lack of Arms with Undying Spirit, Unparalleled Courage.”

The JCPA report stated that RFK

was critical of a temporary slippage of the American government’s support for Jewish statehood. He feared that the US was shifting towards Britain’s negative policies and its aim “to crush” the Zionist cause. “If the American people knew the true facts,” Kennedy wrote, “I am certain a more honest and forthright policy would be substituted for the benefit of all.”

RFK’s assassin, a Jordanian citizen born to a Christian family in Jerusalem in Mandatory Palestine, is serving a life sentence at the Richard J. Donovan Correctional Facility in San Diego. In a 1989 interview from prison, he said, “My only connection with Robert Kennedy was his sole support of Israel and his deliberate attempt to send those 50 bombers to Israel to obviously do harm to the Palestinians.”

Asked by Ahimeir whether she is able to forgive her father’s murderer, Townsend responded: “To tell you the truth, that’s a little difficult.”

Watch Kathleen Kennedy Townsend’s interview below (the first 30 seconds are in Hebrew, the rest is in English)

This article originally appeared on Algemeiner.com

The Axis of Evil

Is Zionism a Form of Colonialism?
Were Adam and Eve Jewish?
How I Learned to Love the Multiverse
10 Big Jewish Inventions
Comments