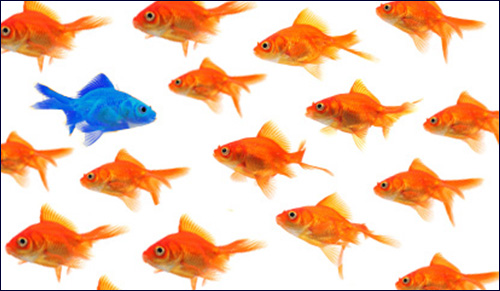 I served shrimp at my wedding and enjoyed Saturdays at the mall. I didn’t know any better. But I do now.

I didn’t grow up religious. Like many other American Jewish children, I had a bat mitzvah at age 13. Enjoyed Seders and matzah crackers at Passover. Lit the menorah and got presents during the eight nights of Hanukkah. But I was fully immersed in secular life – attending public schools where I was the only Jewish kid in the class. Sharing occasional church services and Easter egg hunts with friends. Serving shrimp cocktails at my wedding. Enjoying Saturdays at the mall.

I didn’t know any better. Neither did my parents.

The results of a recent study by the Pew Research Center, called Portrait of Jewish Americans, revealed that 60 percent of Jews intermarry, and one in five Jews considers themselves to have no religion. Most, according to the report, say Judaism is only about culture and ancestry. That was once me and everyone I knew.

Until I discovered that the Judaism I knew wasn’t really Judaism at all. It was a watered down version of religion, with all the meat and meaning removed for the sake of being politically, socially and culturally correct.

I discovered that the Judaism I knew wasn’t really Judaism at all.

But it was this lack of meaning and authenticity that left me feeling spiritually empty and searching for something different. My brother married outside our religion, as did my husband’s brother and all of our relatives.

Our children are the last remaining Jews on both sides of the family. So I realized that raising them the way we had been raised was pointless. If you’re going to be Jewish, I thought, there must be more to it.

And then, I had the amazing privilege to share a Shabbat dinner with a Chabad rabbi and his family. And nothing would ever be the same again.

The sounds and smells and spirituality oozed from that holy experience. There were songs and prayers and meaningful stories. They didn’t pretend to be anything other than who they are – Torah observant, God-fearing Jews. I literally fell in love with my religion, and realized that what I had been searching for in other religions existed in my own.

My husband and I did not share the same zeal and intensity when it came to diving into a religious Jewish life. I saw how I wanted us to live, and I wanted to make drastic changes overnight. We were encouraged to take it slowly, that every single new mitzvah is an accomplishment and stands completely on its own.

The next Friday, for the first time in my life, I was aware that a special and magical time was approaching – Shabbat. I purchased a challah from the grocery store, and dusted off the prayer book I had received many years earlier for my Bat Mitzvah. From the drawer, I took out an unopened box of white Shabbat candles that had been given to me. Before that night, they didn’t seem relevant to my life. I cooked chicken soup and we sat down together for a quiet dinner as a family. And together, my husband and I discovered what Shabbat could be.

It was a great start, but it only made me crave more. Things I felt had been withheld from me – intentionally or unintentionally – it didn’t matter. It was my birthright to be part of it – yet I knew almost nothing about it. We learned little by little. And we continue to learn.

I devoured information from the Internet, took on a learning partner, looked to my rebbetzin as the first real mentor and role model I had ever had – as a Jewish woman, wife and mother living a Jewish life devoted to goodness and Godliness.

It was a constant back and forth dance, removing something from our lives – like pork and shellfish – and replacing them with new and meaningful mitzvahs.

Over the years, it was a constant back and forth dance, removing something from our lives – like pork and shellfish – and replacing them with new and meaningful mitzvahs. Our children were very young during this transition and didn’t really understand. Our parents, on the other hand, looked on in disbelief as we changed the way we lived. The Torah teaches, above all, to treat others well. In hindsight, we should have been more loving and less judgmental in our journey.

Flash forward seven years later, and most people would never know we have not been observant Jews all our lives. It is a natural part of who we are and how we live.

We now live in the religious Jewish community of Toco Hills.  You may have seen us on Saturdays, walking to synagogue, along with throngs of other observant Jewish families who don’t drive, work or use electronics on this holy day.

This life has become completely ingrained into who I am and how I am raising my children. Being Jewish is infused into all they do and they are comfortable and confident in their identity. We teach them to be humble and modest. To do the right thing even when no one is watching. We teach them about the rules of keeping kosher and Shabbat and dressing and acting modestly. That it’s never okay to say something negative about other people. Ever.

Some things are simply off limits, and that’s a good thing. Children want boundaries. They want a life of meaning and connectedness.

So when I heard about the results of the Pew study, and the buzz from people seeming to gloat about how American Jews can blend into their culture and surroundings, I felt a little sad for all the Jews who have never really learned what it means to be Jewish.

There is an important movement in Judaism that went undetected in the recent Pew study – it’s not one of the well-known denominations – but I imagine it’s growing even faster. It’s called the Baal Teshuvah movement. Thousands of Jews each year come back to their Judaism, picking back up again where their great grandparents left off. Here in Toco Hills, I am surrounded by these people. For us, Judaism is a constant source of learning and growth. The religious Jewish schools and synagogues are overflowing. Classes abound for adults, and we constantly strive to be better Jews, and better human beings.

I am thankful to have gotten here, but I realize that we have to continue to work at making our lives spiritual and bringing God into our lives.

I have learned that religious practice and rituals should not be shunned – even, or especially, in a modern world. It creates an important spiritual framework for our lives and strengthens our family.  I haven’t always done things right but each moment I have a chance to start over – to be a better mom, a better wife, and a better Jew. It’s a huge privilege and responsibility that I don’t take lightly. I’m grateful to have discovered that, and to rediscover it every day.

Mindy Rubenstein is a senior reporter for the Atlanta Jewish Times.