Remembering Under the Clouds of Anti-Semitism 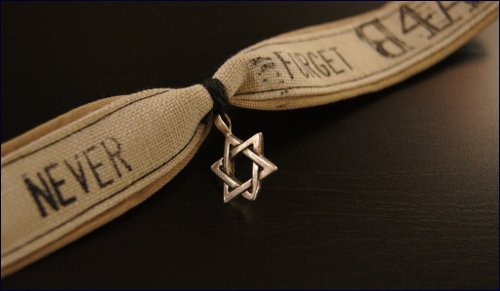 This year Holocaust Remembrance Day observances are mired in controversy in a number of European countries.

As Italians plan to observe Holocaust Memorial day, a major neo-Fascist rally is planned that same weekend in Milan. Forza Nuova, a far-right neo-Fascist political party, plans to demonstrate. Previous rallies by the party featured skinheads and posters declaring Europe to be a Christian continent.

The president of the national Union of Italian Jewish Communities and leaders of Milan’s Jewish community have protested the event and its timing. “We cannot allow those who trample the significance of memory and advocate racist and xenophobic theses to...assert their ideologies of hate.”

Opponents to the neo-Fascist demonstration who tried to block the event in the courts were thwarted when a judge ruled the rally could proceed.

Minimizing the Holocaust in Croatia

Croatia’s small Jewish community has announced they will boycott their country’s main Holocaust Remembrance Day event in the Parliament in Zagreb. They are protesting a new memorial erected in October 2016 in the town of Jasenovac which commemorates Croats killed in the Yugoslavia’s war between 1991 and 1995. The memorial includes a salute to the Ustasa Regime, the Nazi-backed government that killed millions of Jews, Gypsies and others during World War Two.

That memorial, supported by the right-wing government of Prime Minister Andrej Plenkovic, was the final straw for Croatia’s Jews.

One of Sweden’s official Holocaust Remembrance Day events is being planned in part by an extremist political party with a history of targeting Jews.

The far-right Sweden Democrats, which hold 49 out of 349 of seats in Sweden’s Parliament, have had to discipline several members in recent months for making derogatory and offensive statements about Jews. In October 2016, MP Anna Hagwall introduced legislation against “control of media by any family or ethnic group”, specifically targeting the Swedish Jewish Bonnier family, which owns a number of media outlets. Also in that month, a Sweden Democrats official circulated a racist email making fun of Jews and others, and the party’s finance spokesman compared Jews to animals and joked about them being killed.

Local Jews published an open letter in the local Goteborgs-Posten newspaper explaining that they cannot participate in Holocaust Remembrance Day events alongside Sweden Democrats members. “That the Sweden Democrats, with their ties to both old and new Nazism and xenophobia, are invited to co-organize the memorial ceremony is more than an affront. It is extremely offensive to us as Jews and our history,” wrote Jewish residents Lisa Graner and Erik Nilsson. The letter was signed by 38 other Jews but they were too afraid to make their names public.

Britain’s annual Holocaust Memorial Day observance this year features an official invitation to one of the country’s most outspoken anti-Zionists, Malia Bouattia, who was elected President of the National Union of Students in April 2016.

Ms. Bouattia has supported terrorism, telling a conference in 2014 “with mainstream Zionist-led media outlets...resistance is presented as an act of terrorism.” She is on record as criticizing peace talks between Israel and Palestinians, saying they bolster “the colonial project” and has called Britain’s University of Birmingham “something of a Zionist outpost” for having a robust Jewish student union on campus.

In October 2016, a Parliamentary Select Committee criticized Ms. Bouattia for not taking anti-Semitism on campus seriously, noting that some of her comments about Jews sound like “outright racism”. In January 2017, the Oxford Students Union called on her to resign unless she issues a “full and formal” apology for her comments. Ms. Bouattia has not done so, but she does plan to appear at Britain’s Holocaust Memorial Day events.

European Jews and others are warning of rising levels of anti-Semitism across the continent and beyond. At an early observance on Wednesday, January 24, 2017, Antonio Tajani, the President of the European Parliament, highlighted the growing number of anti-Semitic incidents in Europe and urged Europeans to learn from the past. Dr. Moshe Kantor, President of the European Jewish Congress, concurred, explaining that “Europe is in danger” and that “We shouldn’t forget that every global tragedy begins with attacks on Jews.”

Recent hate crimes statistics provide a chilling picture. In 2014, France’s Interior Ministry reported 51% of all racist attacks in the country targeted Jews, despite Jews making up less than 1% of France’s population. In Britain attacks against Jews spiked in 2016, with an average of three anti-Semitic attacks per day by the end of that year. In Germany, hate crimes against Jews rose 200% between 2014 and 2016, resulting in over 2,000 attacks against Jews in 2016; most were perpetrated by right-wing neo-Fascists, with Islamic radicals perpetrating the a large minority of the crimes.