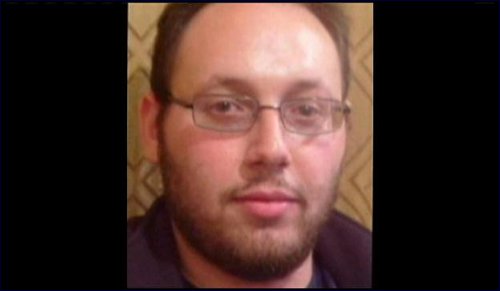 The murdered journalist clung to his Jewish identity in captivity.

“I am Shirley Sotloff. My son, Steven, is in your hands.”

So began Shirley Sotloff’s emotional appeal to Abu Bakr Al-Baghdadi, the leader of the terror group ISIS, on August 27. The terror group had just released a video of a British-accented fighter sawing off the head of American journalist James Foley. At the end of the video, Shirley’s son, Steven Sotloff, a 31 year old free-lance journalist who was kidnapped in Syria last August, was dragged into view and threatened with beheading, too.

Shirley Sotloff continued, explaining that she has been studying Islam since her son’s capture, and tried to reason with the ISIS terror leader. She even addressed him with the honorific “Caliph” that he craves, as if he’d already created the Islamic caliphate across the Middle East that is his goal. “Steven is a journalist who travelled to the Middle East to cover the suffering of Muslims at the hands of tyrants,” she explained.

This assessment was shared by Steven’s professional colleagues, too. Steven “lived in Yemen for years, spoke good Arabic” and “deeply loved” the Arab world said one colleague. Another recalled how Steven insisted on going to Syria – where over 70 journalists have been killed and more than 80 kidnapped in recent years – despite security concerns. Committed to recording the plight of ordinary Syrians, he slipped over the border.

"I've been here over a week and no one wants freelance because of the kidnappings. It's pretty bad here," he e-mailed to a colleague. "I've been sleeping at a front, hiding from tanks the past few nights, drinking rain water." Soon afterwards, in August 2013, he was kidnapped by ISIS rebels.

What almost none of his colleagues realized was that Steven Sotloff was a Jew who made Aliyah to Israel. He’d grown up in Miami, the grandson of Holocaust survivors; his mother Shirley has taught in a Miami synagogue’s preschool for years. In 2005, at the age of 22, Steven had moved to Israel, becoming a citizen of the Jewish state, and studied at the Interdisciplinary Center in Herzliya.

He worked for Israeli publications, filing reports with The Jerusalem Report and The Jerusalem Post, and helping out colleagues in Israel with his perspective from Arab capitals. Once, an Israeli colleague asked him what a journalist like him – with an obviously Jewish name, and with connections to Israel – was doing in volatile countries like Libya, Yemen or Bahrain. “I don’t really share my values and opinions,” Steven replied. “I try to stay alive.” When the Israeli colleague pointed out that his Jewish background could be discovered in a simple internet search, Steven was unfazed: “Yeah, Google definitely isn’t my friend,” he replied.

After he was kidnapped, his Jewish identity became an even greater danger, and his family did all they could to erase any trace of his personal life from the internet. They wanted to avoid “another Daniel Pearl situation” recalls one family friend, referring to the Jewish Wall Street Journal reporter who targeted and murdered by Al-Qaida terrorists in Pakistan in 2002. ISIS, which seeks to establish a Medieval-style Islamic state across the Middle East, has brutally targeted Christians, Kurds and Shia Muslims for genocide in the areas it has captured. Victims have been crucified and shot. In Mosul, Iraq’s second largest city, the group recently wiped out the town’s 2,000 year old Christian population; witnesses report that children were systematically beheaded there and their heads displayed on spikes in a public park. ISIS now controls territory only a few miles from Israel’s borders, and recently singled out Jerusalem as the city it would most like to capture in a recruitment video.

While his family back home in Miami was doing all it could to disguise Steven’s Jewish identity, in captivity, Steven held onto his Jewish connection.

While his family back home in Miami was doing all it could to disguise Steven’s Jewish identity, in captivity, Steven held onto his Jewish connection. A fellow ISIS captive who was held with Steven and subsequently released has related how Steven fasted and prayed while facing Jerusalem last Yom Kippur, despite the extreme danger he would have been in had his kidnappers realized what he was doing. “He told them he was ill and didn’t want to eat, even though they brought us eggs that day….” The former prisoner recorded: “It looked like he was praying in a hidden way towards Jerusalem. He noted the way the Muslims were praying in and changed his direction slightly.”

In her emotional video plea, Shirley Sotloff begged for her son’s life: “I want what every mother wants. To live to see her children’s children. I plead with you to grant me this.” Instead, on September 2, 2014, a video was released showing a scared, haunted-looking Steven Sotloff kneeling in front of apparently the same British-accented terrorist, holding a knife, and then being brutally murdered. After beheading Steven Sotloff, his murderer threatened to kill British national David Cawthorne Haines, another innocent journalist.

After Steven’s horrific murder, the Sotloff family no longer has to hide his identity – nor theirs. His mother no longer has to flatter and beg the evil people who kidnapped and ultimately killed her son. In the hours after news of their son’s death, a steady stream of friends and relatives has been visiting the Sotloff home, comforting Steven’s parents and his younger sister. When the family wished to communicate with the public, they turned to their family synagogue, which issued a statement on behalf of the Sotloffs: “We hope that everybody will pray for the family and be here for the family.”

In mourning, Steven’s family is free at last to turn openly to their Jewish community for help. They can do so in the knowledge – and comfort – that while their son was captive, during his final, terrifying year of life, he too was able to connect with his Jewish heritage, no matter how dangerous it was to do so.

Danielle Berrin, a childhood friend of Steven’s and senior writer at the LA Jewish Journal, wrote:

I pray that somewhere in that desperate wilderness, some time during that hopeless wandering, Steven found strength and comfort.. “Out of the depths I call to You, hear my voice...”

I don’t know if God answered Steven. All I know is that Steven had Godliness within him: he was a searching, sensitive, inquisitive soul and a hero. I know that his blood, like all Jewish blood, will be remembered. And that if his death awakens the world to the evil proliferating among those who killed him, then maybe, just maybe, there can be redemption.

Pico-Robertson: Story of a Torah Boomtown

Days of Miracle and Wonder

Names 'R' Us
Bechukotai 5782: Divine Retribution
Behar 5782: Working to Live or Living to Work?
The Wholeness of Being Broken
Comments
MOST POPULAR IN Jewish Society
Our privacy policy