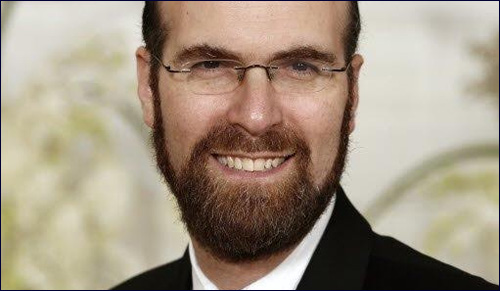 Dovid taught us is that each of us has the potential to be great by using the unique tools God gave us.

It was one year ago today when I got the first inkling that life as I knew it was about to be forever changed, and not in a good way.

Working in the news business, I first caught word of the accident that took the life of my good friend Dovid Winiarz, as a news tip. It was an email telling me that someone from Staten Island had died on his way to a Jewish outreach convention in Baltimore on Sunday morning. I asked for more details but none were available.

The alarm bells went off immediately. I knew that Dovid had been so excited to participate in the convention and I started to worry, but reminded myself to stop always assuming the worst. What were the odds that we were talking about Dovid? I pulled up his email from earlier in the week and heaved a sigh of relief. Dovid was going to the convention Saturday night. It wasn’t him. I chided myself for being overly anxious and went back to work.

But only for a minute. I texted Dovid asking him if he was okay. It was January 18th at 11:43 AM when I sent that text, which I can’t bring myself to delete from my phone. The roads were bad that day, with ice everywhere. My son had taken my car to go to shul and called me five minutes later telling me that he was pulling over because he couldn’t control the car. I waited for Dovid’s cheery reply.

As I waited for more details to become available I said a chapter of Psalms. Trying to shrug off my concerns, I emailed a friend and then thought about going back to work, but I couldn’t. I said more Psalms, just in case.

Then someone called me, filling in details, and he started giving me the name but I stopped him as soon as I heard “Dovid Win...”

Tonight is Dovid’s first yahrtzeit. I still can’t say that he died because to me, he is very much alive in this world, even if we can’t see him, even if he doesn’t talk back when we talk to him. His presence is palpable because his actions and the love and care he lavished upon every human that he met continues to radiate throughout the world, even a full year after he moved on.

As parents, it is our job to teach our children so well that even when they are older they will still hear us in their heads, offering them advice and guiding them in the right direction. Dovid did the same thing, filling our lives with inspiration, goodness and endless smiles. His fingerprints are everywhere and those who knew him well and who appreciated his true worth continue to be inspired by him daily.

Dovid taught us the path to true happiness by example. What made him truly happy was to make others smile, giving him endless opportunities throughout each and every day for genuine Simcha, joy. Every time he made someone laugh or cheered them up, it filled his own life with joy. You could hear the glee in his voice when he encouraged someone in the observance of a mitzvah, or when he cheered up someone who was feeling down in the dumps. Reflecting on it now, it is as if he unlocked one of the great mysteries of life, how to attain true happiness, and I wonder if I am capable of following in his footsteps.

While Dovid may have accomplished more than anyone I know in his all too short life, what made him so special was that he was everyman. He was just an average guy, trying to do right. He liked bad puns, was obsessed with coffee and like everyone else he had both good days and bad. But that was exactly what made Dovid so special. He was just an average guy, making the most of what God gave him.

And that is the legacy he leaves behind for us all: that each and every one of us is capable of achieving greatness in our own way. We just have to look for the good, try our best and give 110%. We will have good days and bad ones, but we have to show up every day, try to muster our enthusiasm and give it all we’ve got.

It’s #MyOrthodoxLife and I’m Standing Up for It

There’s No Hebrew Word For Race

West Side Story: 7 Jewish Facts
Grilled Israeli Lamb and Veggie Kabobs Recipe
How To Barbecue Like an Israeli
Pain is a Reality; Suffering is a Choice
Comments
MOST POPULAR IN Jewish Society
Our privacy policy