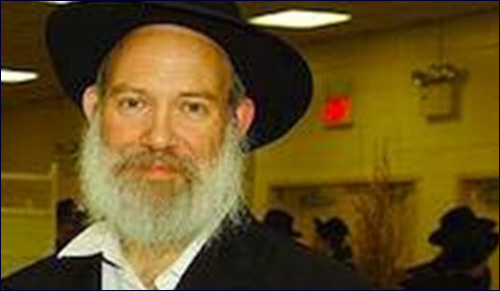 The motivation for this crime is being investigated, but nothing can justify the killing of an innocent man walking to his place of worship.

On Saturday, August 9, 2014, the unthinkable happened: a rabbi – 60 year old Rabbi Joseph Raksin, visiting his daughter and grandchildren in North Miami Beach – was gunned down in broad daylight as he walked to synagogue.

In the hours after the murder, Miami police said they are searching for two suspects. Police said the gunmen appeared to have argued with Rabbi Raksin before shooting him. An initial theory was the shooting was result an attempted robbery; police cautioned they had no evidence the murder was a hate crime.

For Rabbi Raksin’s family, this is an intensely personal tragedy. Yet the rabbi’s murder also exposes a deeper fear that has infected Jewish communities the world over.

On July 28, 2014, a Miami Beach synagogue near the site Rabbi Raksin was murdered was defaced with swastikas and the word “Hamas” spray-painted on its pillars. Five days later, a Miami Beach family’s two cars were defaced with the words “Jew” and “Hamas” scrawled on them. In the hours after the Rabbi Raksin’s death, local Jews wondered if his horrific murder could be connected to the anti-Semitic graffiti.

One community leader summed up the local Jewish community’s fears: “Coming so soon and so close to the synagogue that was vandalized last week with swastikas and pro-Hamas graffiti, obviously we’re suspicious that it’s linked,” though he cautioned that was yet to be proven.

The weeks leading up to Rabbi Raksin’s murder have seen anti-Israel protests spill over into overt anti-Semitism – and the normalization of anti-Jewish statements that just a few years ago would have been unthinkable.

In France, anti-Israel protestors have attacked synagogue after synagogue, torched Jewish-owned business, and yelled “death to Jews” in the streets with impunity. A common cry at rallies in Germany this summer has been “Hamas Hamas, Jews to the gas.” Jews have been beaten up in Paris, Amsterdam, Berlin and Hamburg. A Jewish woman in Belgium was refused medical treatment, and one Belgian restaurant openly boasts now of allowing dogs on its premises – but not Jews. In Britain, anti-Semitism even has a measure of official sanction now, since a Member of Parliament declared his constituency an “Israel free zone,” proclaiming that Israelis weren’t welcome to live or visit there.

Outside of Europe, anti-Jewish incidents are rising as well. In Australia, the day before Rabbi Raksin’s murder, a bus full of Jewish students in Sydney was terrorized when eight men forced their way on and threatened to cut the children’s throats. The United States, until now mercifully spared such extreme violence, has nevertheless seen a rise in crimes like the vandalism that defaced the Miami Beach synagogue.

"These are the worst times since the Nazi era," according to Dieter Graumann, president of Germany's Central Council of Jews. Roger Cukierman, head of France’s central Jewish organization Crif concurs: “They are not screaming 'Death to the Israelis' on the streets of Paris. They are screaming 'Death to Jews'”.

As Miami police caution that Rabbi Raksin’s senseless, tragic murder is likely not linked to recent anti-Semitism, some in the community nevertheless fear it might be. These recent weeks have seemed different, taboos have been broken, and many Jewish communities are facing violence, threats and hatred they never envisioned.

Rabbi Raksin, an innocent, defenseless man gunned down on a city street, can be an inspiration to us all. It’s likely that he’d heard of the anti-Semitic graffiti that had defaced his daughter’s neighborhood in recent weeks, but he didn’t stay home; he wasn’t cowed. He travelled from his home in New York to his daughter’s home in Miami and when Shabbat came, he walked to synagogue, determined to live his Jewish life.

Rabbi Joseph Raksin is survived by his mother, by his four sisters and four brothers, his wife, six children and numerous grandchildren.

The best answer to threats against Jews and Jewish communities is not to give into fear and despair. Like Rabbi Raksin, the way to triumph over our enemies and those who wish us harm is to embrace our lives as Jews. Rabbi Raksin, may his name be a blessing, died while living a full Jewish life. In this, may we all follow in his ways.

Passover in the 'Hood
Olivia Newton John’s Grandfather was a Nobel-Prize Winning Jewish Physicist
Don’t Believe in Other Gods Versus God is One
Seeing Without Eyes
Comments
MOST POPULAR IN Israel
Our privacy policy
Aish.com Is Looking for Great Writers