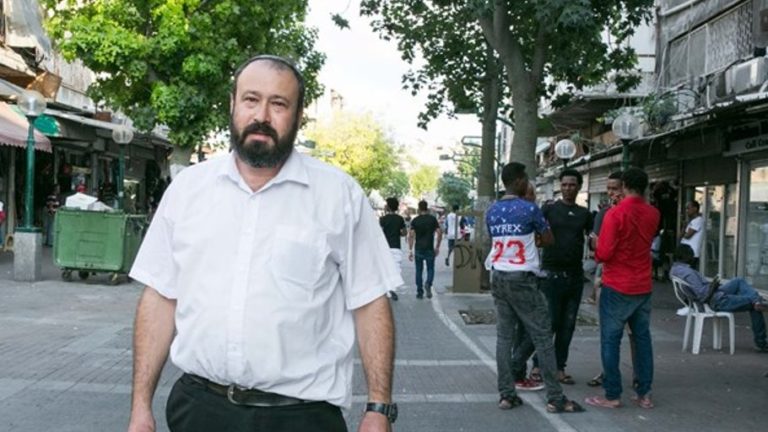 His heroic efforts caused the terrorist to flee. He leaves behind his wife and 12 children and a unique yeshiva.

A family, community and yeshiva were left devastated Monday, as a rabbi who dedicated his life to building bridges between Israelis from different backgrounds, was killed in a terrorist attack.

Rabbi Ahiad Ettinger, 47, was shot by an Arab terrorist on Sunday near the town of Ariel north of Jerusalem. Gal Keidan, a 19-year-old IDF soldier, was also killed in the attack which also left another in a serious condition. 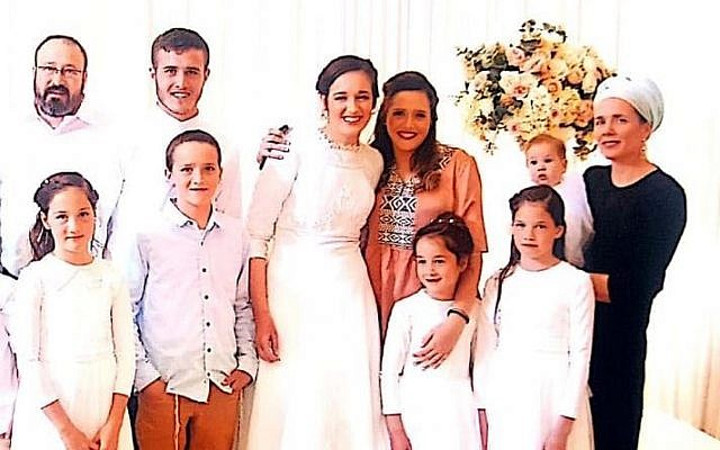 Rabbi Ettinger, a renowned educator and father of 12, lived in the West Bank town of Eli and had established an inspiring yeshiva in Southern Tel Aviv to lift spirits in one of Israel’s most run down areas. In the days leading up to his death he had been preparing Purim festivities to bring joy to the Neve Shaanan neighborhood, home to the some of the highest crime and poverty rates in the country.

‘You died as you lived, trying to help others’

At his funeral in Petah Tikva attended by over a thousand friends, family, students and community members, Rabbi Ettinger was praised for his bravery and heroism after it emerged he had turned and driven his car towards the terrorist, firing four bullets before being shot and critically wounded by in the neck and head. His efforts which caused the terrorist to flee the scene in a nearby abandoned car were praised as having prevented further deaths. 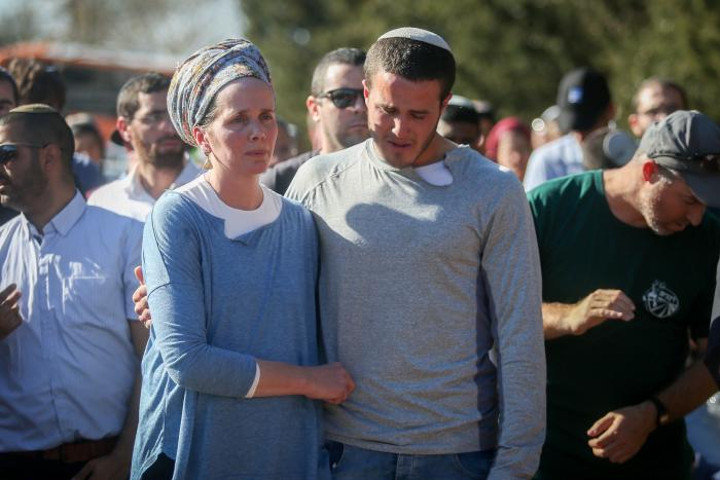 “You died as you lived,” his brother in law said, adding,
“this self-sacrifice characterized him over the years.”

Leaving behind his wife Tamar, 44 and 12 children, the oldest 22 and the youngest 18 months, Ettinger was just a few weeks away from seeing his first grandchild, with his daughter Moriah, recently married, soon to give birth. 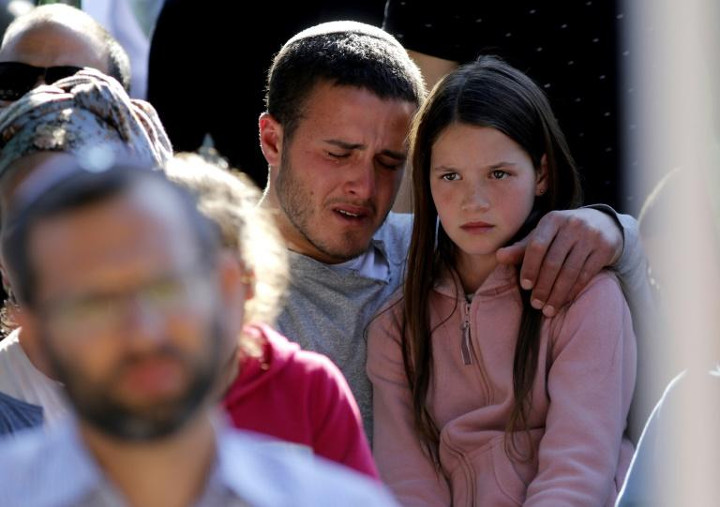 His daughter Efrat Ettinger, 20, eulogized him saying, “Dad, how much you achieved in your life, you did so much for others and you fought to do good. All the time you spoke about doing more and good for the yeshiva you made and for the neighborhood around it. Until your last moment, you were true to yourself you gave your body for that which was important to you. The cursed terrorist thought that he was stopping life. But he doesn't know much life you left behind here. How much strength you taught us - which will escort us and help all of us and all of Israel continue to grow."

Elyashiv Ettinger, 19, who serves in an elite IDF combat unit, said, “Abba, look how much it is possible to do in a life. You worked like ten men, to bring more and more Torah to the world yet I know you hadn’t even got started yet.” He added, "I ask your forgiveness that I cannot avenge your death because we have life and a family to continue."

A statement made by the family captures the spirit in which Rabbi Ettinger lived: “We hope that after the great mourning we will see this nation unite, and from this great unity we will also see great joy.”

Man of the People

Arial Elmaliach, a close friend from the town of Eli, said of Rabbi Ettinger “He was such an incredible human being, in his dying moments when he saw a Jew in trouble he went to help him,” adding “But that’s what he did his entire life. It what’s he did both in South Tel Aviv and also in our town of Eli where we lived.” 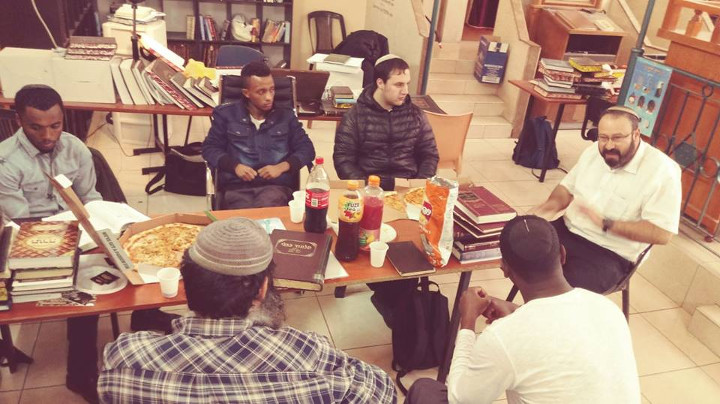 He said that Ettinger had become quietly known as the rabbi of their neighborhood “without imposing himself at all. He gave Torah classes, people came to him for advice, and they called out to him, and he helped whoever he could. He was a man of the people.”

Deeply moved by the poverty rate in southern Tel Aviv caused by an influx of over 20,000 illegal immigrants around 5 years ago, Rabbi Ettinger established the Oz Vemuna, ‘Strength and faith’ yeshiva, bringing dozens of idealistic inspired Israeli students to the area and with them an injection of vitality and Jewish values to the heart of one of Israel’s most troubled neighborhoods. 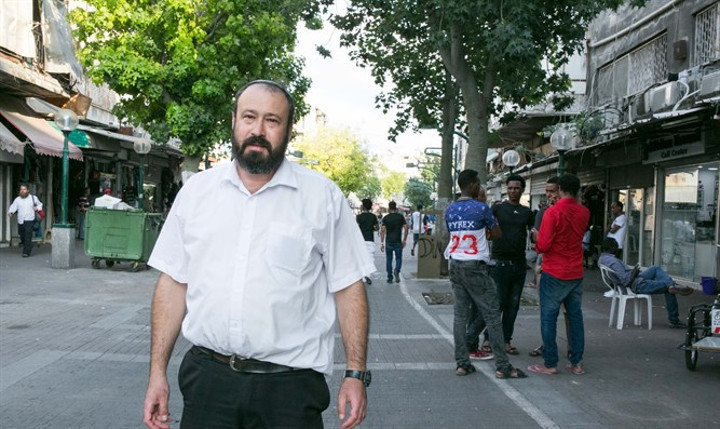 "We came to strengthen the Jewish population in the area, to give morale and tradition to a traditional population," Rabbi Ettinger said in an interview a few years ago, adding that when the main building was opened, “Locals were overwhelmed to see a synagogue that had been closed and on the verge of disappearing into a pub, club or church brought back to life.” Along with Torah classes within the community, Rabbi Ettinger was involved with the social and financial needs of the community constantly thinking of new initiatives to make a positive difference. A major project distributing charity and gifts of food for the festival of Purim was underway when Rabbi Ettinger was murdered.

Gal Keidan, from Beer Sheva, was also killed in the attack. A gifted musician, he had dedicated ten years to mastering a rare instrument - the mandocello. At his funeral held on Monday, he was eulogized as an inspiring young man who “loved to play music, spread that love to those around him and left behind him both admiring students and teachers alike at Beer Sheva’s musical conservatory.” 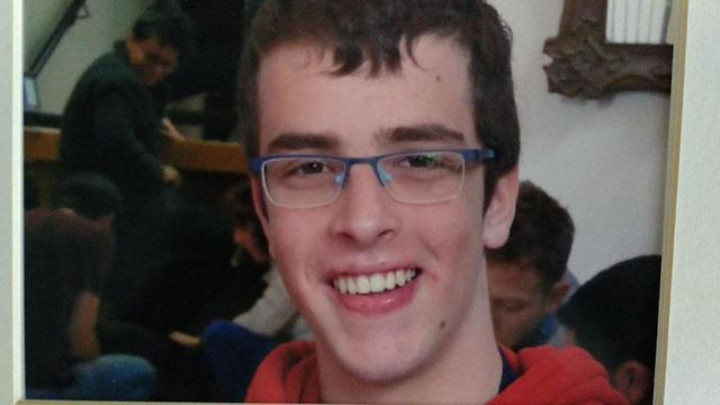 Alexander Dvorsky, a second soldier injured in the attack, is still fighting for his life. Having grown up in Moldova, he made aliya on his own with a Youth Aliya program and volunteered to serve in a combat unit. In recent years, some of his family members had followed his example and also moved to Israel as well.

My Israel Summer Blog, #2: Night on the Town