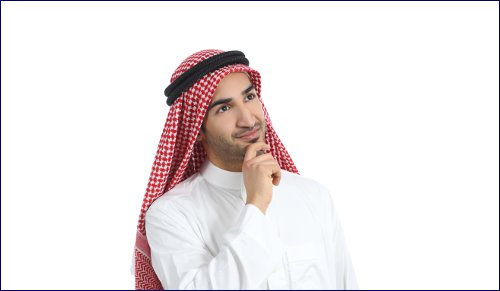 Are you up for the challenge?

The Middle East often dominates our headlines – but some newsworthy items are less well known. Take this news quiz to see how up-to-date you are with the latest developments from Israel, its neighbors and beyond!

In the run-up to Rosh Hashanah, Israel's capital saw violent confrontations between police and often-masked youths. Which of these incidents did not occur during the holiday period?

(Answer: c. Far from appealing for calm, King Abdullah II met with Israeli Arab lawmakers and urged them to resist sharing access to the Temple Mount.)

As hundreds of thousands of desperate refugees attempt to reach Europe in the continent's largest crisis since World War II, what are Israelis doing to help?

(Answer: a, c and d. Although Israelis didn't donate their leftover honey cake, Israelis across the country did rally to donate a crucial item to Syrian refugees: hundreds of Israeli baby slings were distributed to migrants and refugees along the Serbian-Hungarian border in September 2015.)

The United Nations, Amnesty International and other organizations have been busy condemning horrific human rights violations in recent weeks. The UN Human Rights Office announced it had "documented human rights violations and abuses, and violations of international human law" in Yemen, as Saudi Arabia-led airstrikes battle the governing Houthi rebels. Amnesty International also condemned Saudi Arabia, for a "macabre spike" in executions in 2015. (Saudi authorities even had to advertise for 8 new swordsmen to keep up with official beheadings.) On Sept. 16 and 17, 2015, Saudi forces destroyed buildings in the Old City of San'a, Yemen's capital, and a UNESCO world heritage site.

How has the United Nations responded to this and other Saudi Arabian aggression?

(Answer: a. While there is no special rapporteur on Saudia Arabia in the UN's Human Rights Council, there is one for Israel – the only permanent rapporteur in the Council.)

Voting in the Gulf

Exciting changes are afoot as democracy spreads in the Arabian Peninsula, albeit slowly. Which statements below are true?

Truth can be stranger than fiction – especially when it comes to Israeli relations with Europe. Which of the following scenarios has not occurred in recent weeks?

(Answer: d. The Pallasos en Rebeldia members who posed naked along an Israeli security wall did apologize – after receiving opprobrium and abuse from Muslims who were offended by their actions. After being called "filthy and dishonorable" and an "offence against Islam", the clowns said they "want to apologize publicly to all he Palestinians who could be offended by our action" and explained their nakedness was not meant to be "an attack against Islam".)