Q&A for Teens: I’m Being Bullied 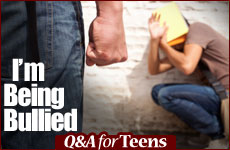 What should I do? And why are kids so mean?

I'm being bullied at school. I hate going to school because of it. Why are kids so mean? What should I do?

You are not alone. My father was bullied in the 1950’s for bringing matzah to school on Passover. They called him “Jew-boy” and threatened to beat him up, until the entire football team surrounded my (skinny little) father and said, “That’s our Jew-boy you’re picking on. You wanna say that to our faces?”

My son was bullied, too. The kid who used to bully him once threw a bottle of ketchup at him in the lunchroom and said in front of the whole school, “Here, you can have the ketchup, because I hate ketchup, and I hate you!”

I was bullied my entire childhood… until I learned the secret: hurt people hurt people.

After crying for many years because of bullying, I turned that secret into an awesome trick that never fails to amaze me.

I see the insecurity and the pain and the hurt under their nasty behavior, and befriend bullies.

I see the insecurity and the pain and the hurt under their nasty behavior, and I respond to that. I first used this tactic when I taught first grade, and I picked out the bully ringleader the first day of class and made him my favorite student. He stopped bullying other kids, preferring instead to sit next to me during recess, talking to me, or just sitting quietly by my side, being with probably the one person in his life who had ever liked him.

Next was when I taught 12th grade, and, once again, used my Nasty Girl Radar to pick out the bully in my class and show her that I liked her style, that I thought she was one cool girl. She made absolutely no trouble in my class, even though she disrupted every other class she attended. She even started talking to me about her troubled home life, how she didn’t feel her mother really loved her, and how she used food to assuage her pain.

Next was my tough-guy cousin, who had no friends—until I came along and treated him as though he were the sweetest guy in the world. Which he actually was, underneath that hard exterior he put on to protect himself from ever getting hurt again. Those tough guys and prickly gals are reacting to a hurt. They’re showing a hard shell because their soft underbelly was exposed once and got slashed.

My favorite example of “hurt people hurt people” is the one that was the most painful for me. Amy Steiner (not her real name) was always mean to me. I mean really nasty. She made fun of everything about me. And when we went to sleep-away camp together, she was only nice to me if I would scratch her legs for her every rest-time. (Ugh! It’s really gross to scratch someone else’s legs, let me tell you!) I knew she acted like that because she was hurting; I’d been to her house to sleep over once, before I realized how mean she was. When I was there, her brother got mad at her, screamed at her (and I mean “screamed” in the full-volume sense, with his eyes popping and his neck veins throbbing and his face all red and his spit flying everywhere), then yanked her head back by pulling, hard, on her two braids. We were eight years old and I didn’t realize I should have reported that incident to my parents. Poor Amy. When I was 18, I heard that she had attempted to commit suicide. Hurt people hurt people.

I was recently at a gathering of highly intellectual people. Almost every speaker’s presentation had the word “I” in it numerous times, in the most arrogant of contexts. As in, “I started company X,” “I went to school Y,” “I accomplished A,” “I founded B….” Frankly, it was quite nauseating.

However, when I attend high-level academic medical research conferences with my husband, all of the talks (presented by extremely intelligent scientists and physicians) use the terms “We found…,” “Our results were….” It is medically unacceptable to boast; results are presented as the result of teamwork, not as platforms for self-glorification. The people who have to tout their accomplishments are people who don’t feel confident that they are worthwhile and worthy and valuable just as a good person in this world; someone taught them they have to accomplish in order to earn value. It’s the same concept as bullying: their insecurity prompts their behavior. Under the ego-filled “I”’s, I saw the insecurity in their eyes.

I think the Torah has an amazing plan in this respect. It’s a complicated and long philosophy of life; way too long to put into a short Q & A column. I’m sure we’ll explore many other aspects of it in succeeding articles. But, in a nutshell: God put you here on this Earth. Therefore, you have value just as you are. The way you earn even more value as a person is by helping others and by doing the right thing. Period. Simple. Easy to remember. (Harder to do, but easy to remember.) A contained mission statement.

Realize you have value just as you are, and try to find the value in others, including bullies.

My advice to you? Follow that Torah mandate. Realize you have value just as you are. That will give you the confidence to find the value in others, especially in people who are bullying you. Once you find the value in your bully, show him that you respect and care about him as a person. I know it’s hard to do—it’s hard to give love when you get hate. And it won’t always work to calm his hurt and quell his bullying. But what’s your other option? To be mean back? That probably won’t stop the bullying, either, and it will just make you into a person who knows how to be mean.

You should be assertive, but not mean. You can be assertive and compassionate all at the same time. Maybe make your first sentence assertive, and the second compassionate. You could say, “I don’t let you push me against the lockers. I’m sorry for you that you feel the need to push anyone around. Let’s try and be friends.” Or, “You cannot take my lunch money. I’m sorry you feel the need to take from people who are physically weaker than you are. Maybe use your strength to help, instead of using it to hurt. Let’s try and be friends.”

My suggestion is not easy to do. The bully will probably make even more fun of you, at first, when you utilize this approach. But if you stay steadfastly and strongly loving, calm, and approach him with an attitude of “Let’s just try and be friends,” eventually his loneliness and sadness might be assuaged enough by your care to help him begin to soften his armor just a little bit. 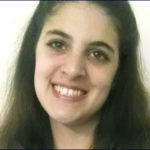 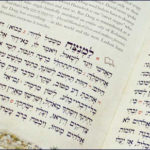 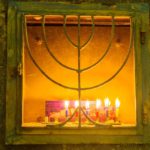