Put a Fix On It 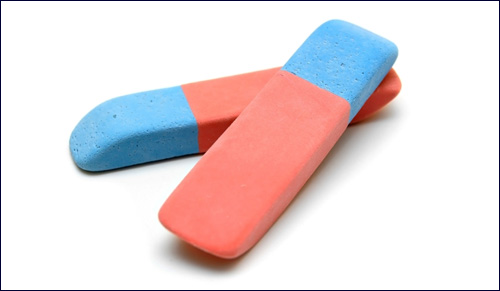 We all make mistakes. But we don’t have to keep making the same mistake.

I had a minor medical procedure recently and was told to arrive about half hour early for preparation. As the nurse got organized and we waited for the doctor to arrive, she began to chat. I learned much of her life story – her hardscrabble childhood, her religious beliefs, the successful careers of her three older children and the more lackadaisical and, to her frustrating, attitudes of her two youngest. The time flew by and it was an interesting glimpse into her life. I was almost sorry when the doctor showed up!

There was one thing in particular that she told me, one expression that she used, that struck a receptive chord. She was telling me about different mistakes that her children and other relatives had made and her response. Whenever something happened she would say to them “You need to put a fix on that.” This was not an expression I was familiar with and it had vague mafia-like connotations but as the conversation continued, I understood more clearly what she meant and I was impressed.

Her advice definitely has underpinnings in our tradition and it certainly makes sense. If we make a mistake, it’s not enough to say we’re sorry – especially if we continue to make the same mistake over and over and over again (In how many marriages does this happen?). We need to make some decisions that ensure that we won’t make this mistake again. We need to determine a course of action that will prevent our repeating our error. We need to “put a fix on it.”

This is something we should teach our children. We shouldn’t just give consequences when our children don’t act appropriately; we should teach them how to prevent future repetition. We need to tell them to put a fix on it and we need to explain to them what that means and how to do it.

This idea isn’t only for our children; it’s for us. Whenever we mess up, we need to learn to “put a fix on it”.

We are never going to stop making mistakes. But we do have a chance to stop making the same mistakes. We can all make decisions and choices that prevent this. We can avoid situations that are “dangerous” and people who are destructive influences and we can find substitute ways of acting and speaking when we are tempted to err. But we need to have our alternatives ready and at hand. We can’t wait until the mistake happens to try to figure out how to put a fix on it. We need to be prepared in advance.

Once we recognize our areas of challenge we can plan our strategies. Maybe we will be fooled once, maybe we will trip up that first time but if we truly “put a fix on it”, then once will be more than enough.

The medical procedure went well – it was fast and uneventful and I was grateful when it was over. But the time and conversation with the nurse – that truly made it all worthwhile.

You've Got a Friend

Not in the Mood

Advice from Miss Deitz's Third-Grade Class
Don’t Believe in Other Gods Versus God is One
Seeing Without Eyes
Why Shouldn’t We Eat Whatever We Want?
Comments
MOST POPULAR IN Family
Our privacy policy
Aish.com Is Looking for Great Writers