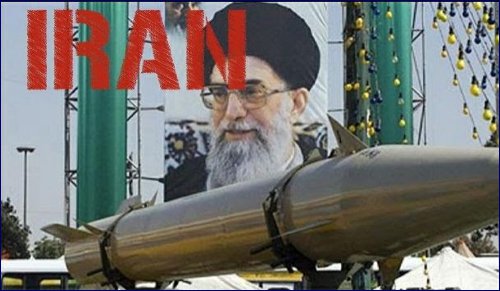 Persia is today’s Iran, our present day Haman who seeks our destruction.

Ancient Persia of biblical times is today known as Iran.

It is now more than two millennia since the Purim story took place there and an attempted genocide against the Jewish people was miraculously aborted.

Haman of old had a plan. “Death to the Jews” was his program. Celebrating Purim is our commemoration of his failure. But history has a remarkable way of repeating itself. Haman as a person was hung but Haman as a prototype of Jew-haters lives on, renewing his efforts with ever greater dedication and perseverance.

It is from Iran, biblical home of Haman, that we are again witness to the slogan “Death to the Jews” – this time in a video released by Iranian state television. They show the launch of several ballistic missiles. They were reportedly precision guided and put Israel within striking range. Prominently painted on their warheads, in Hebrew to make sure their intended victims understood their intent, were their ultimate goal. “Israel,” they declared, “must be wiped off the face of the earth.” 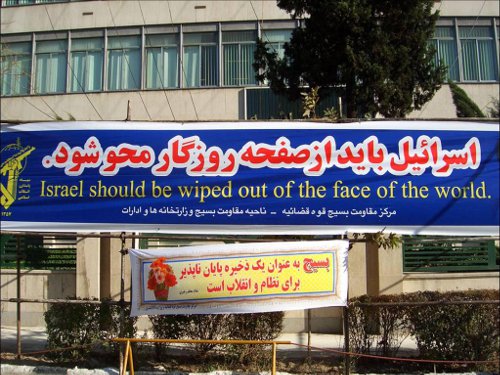 The timing of this horrifying threat was not accidental. Vice President of the United States, Joe Biden, was at that very time visiting in Israel. The ballistic tests, as Amir Ali Hajizadeh, commander of the Iranian aerospace division declared, were meant “to intimidate Israel.” Political commentators saw a more profound message. In the aftermath of the treaty with Iran concluded last July which removed all sanctions and enabled the Iranian government to reap the rewards of international legitimacy as well as the financial windfall of billions of dollars, Iranian leadership wanted to make clear that the treaty in no way diminished its commitment to the total annihilation of its Israeli neighbor – and with no fear of any reprisal from the United States or other parties to the removal of sanctions against it.

Biden said nothing, and not a peep from the American president.

Illegal ballistic missiles with clear Haman-like genocidal threats were ignored, just as Iranian leaders were sure they would be. And the Iranian government – now flush with cash post-removal of sanctions – proudly announced their new gift giving program. Already identified as the world’s top state sponsor of terrorism, Iran will now pay the equivalent of $7,000 "to every family of a martyr of the intifada in Jerusalem.” What’s more, Tehran will pay $30,000 to the family of any terrorist whose home gets bulldozed by Israel, a tactic the Jewish state has employed in the West Bank to deter attacks.

It is now almost a year since President Obama justified the deal with Iran with great fanfare as well as with harsh words for those, like Prime Minister Netanyahu, who failed to share his optimistic vision. He told NPR that a consequence of engaging in nuclear talks is that "Iran starts making different decisions that are less offensive to its neighbors; that it tones down the rhetoric in terms of its virulent opposition to Israel."

Do ballistic missiles with a clear message for Israel’s destruction validate that hope?

Purim continues to be celebrated because its message needs to be remembered. Those who seek destruction of the Jewish people are evil. Their evil must be acknowledged. Their words must be taken seriously. Their goal must be prevented. Haman and his descendants must be defeated.

And how do we celebrate Purim today in light of modern day Iran’s seeming ascendancy to power, to strength and to wealth?

Perhaps the most important words of the Megillat Esther, the Scroll of Esther are V’Nahafoch Hu – “it was reversed” (Esther 10:1). Tragedy was turned round at the last moment, and all the plans Haman tried to implement to destroy the Jews were used in the end to save the Jews. But we need to remember that there was quite a long passage of time from the initial decree to the resolution, from the fear to Divine intervention.

There’s no doubt that we are reliving the Purim story. Persia is today’s Iran, our present day Haman who seeks our destruction. What we need to stress is that we today are not yet at the end of the story. We are still in the midst of the anxiety. But our past needs to reassure us. Purim ends with the evils our enemies sought to perpetrate against us befalling them instead.

“It was reversed.” So it was for our ancestors and so it will be for us as well. On Purim let us drink to that. L’Chaim!