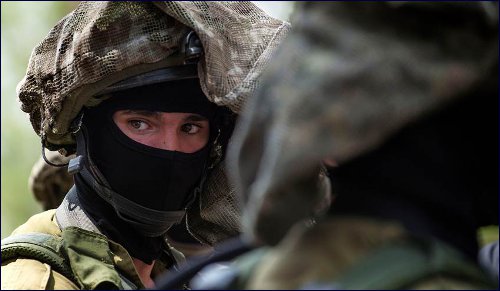 The accusation that Israel is acting disproportionally has no merit. Here’s why.

The images of destruction after the battle between the Israel Defense Forces and Hamas that began July 20 in the Shajaiya neighborhood in the Gaza Strip have caused many to declare, in a now-frequent refrain, that the IDF is behaving “disproportionately.” Some commentators are simply dressing up in sophisticated language their belief that Israel is using excessive force, but others clearly mean to accuse Israel of violating the laws of war — specifically, of violating the doctrine of proportionality. These accusations have no merit.

Shajaiya was not just another neighborhood in Gaza, but rather a crown jewel of Hamas' effort to intertwine civilians and terrorists to complicate Israel's ability to defend itself. Shajaiya was crisscrossed with an elaborate network of underground bunkers and tunnels containing equipment for the manufacture of rockets, storage facilities for rockets and other weapons, and launching sites from which the rockets were fired at Israeli towns. It was a civilian area where Hamas embedded its most important military capabilities, precisely to encourage condemnation of Israel should the IDF be forced to fight there.

Moreover, multiple attack tunnels whose exit points are in Israel had entrance points in Shajaiya. These tunnels allow Hamas to cross under the border fence and penetrate Israeli territory to carry out attacks on civilians. Mothers in Israeli villages near the Gaza border feared that terrorists would emerge from the tunnels, kidnap their children and drag them back as hostages to the Gaza Strip, a concern that became more terrifying when handcuffs and tranquilizers were found in the tunnel system.

Shajaiya encapsulates the challenge Israel faces in the Gaza conflict: How can Israel defend itself without being accused of violating the principle of proportionality?

Mothers in Israeli villages near the Gaza border feared that terrorists would emerge from the tunnels, kidnap their children and drag them back as hostages to the Gaza Strip.

Israel had three choices in how to deal with Shajaiya. First, it could have decided that it had every right to use overwhelming force to neutralize the neighborhood with air power, ignoring the question of collateral damage to civilians, much like the Allied bombing campaigns of World War II, or NATO's three-month campaign against Yugoslavia in 1999, in which 40,000 homes were destroyed. This option was not even a consideration for the IDF.

Second, looking at how Hamas had embedded its military capabilities within civilian neighborhoods, Israel could have decided there was nothing it could do, thus allowing Hamas to strike at Israeli population centers with impunity. Such a decision would have granted Hamas a license to kill Israelis, something no Israeli government — or, indeed, any accountable democracy — could do.

Finally, there was the decision that Israel ultimately made: Separate, as much as possible, the civilian population from the Hamas fighters and arms in their midst. This required getting the Palestinian population to evacuate potential target areas by multiple means: dropping leaflets with evacuation routes, breaking into Hamas radio broadcasts with warnings about specific areas, Arabic-language telephone calls to homes and text messages to cellphones. While the notification process was underway, an Israeli drone would hover over the area that was to be cleared to ensure that residents had left.

Against this Israeli effort, Hamas employed a counter-strategy of trying to prevent civilians from heeding Israeli warnings. On July 8, Hamas spokesman Sami Abu Zuhri appeared on local television and called on Gazans to serve as human shields against Israeli air attacks. Hamas enforcers sought to dissuade civilians from fleeing. And, anticipating a ground incursion into neighborhoods like Shajaiya, Hamas booby-trapped whole rows of homes, hoping to collapse them on Israeli soldiers. This only magnified the scale of the destruction.

It should be recalled that proportionality in international law has a very specific meaning: It is the calculation a military commander must make as to whether the military advantage to be gained by the use of force is greater than the probable harm that may be inflicted on the surrounding civilian population. Anyone who complains about “disproportionality” must explain exactly what the IDF should have done to neutralize the terrorist threat from Shajaiya while causing less destruction than what occurred.

War between an embattled democracy, like Israel, and a terrorist organization, like Hamas, inevitably produces certain asymmetries. Israel heavily invested in the defense of its population, including air raid shelters as well as a missile defense system, known as Iron Dome. Where did Hamas put the billions of dollars it obtained from supporters like Qatar? It built the system of attack tunnels and an arsenal of missiles. Yet there are those who wrongly infer Israeli intent to cause civilian casualties from the greater damage suffered by Hamas, which resulted from a war Hamas imposed, and from its readiness to sacrifice the lives of its people to advance its extremist goals.

This op-ed originally appeared in the LA Times

The writer, a former Israeli ambassador to the UN, is president of the Jerusalem Center for Public Affairs and serves as an external advisor to the office of the Prime Minister of Israel. He is the author of the best-selling books: The Fight for Jerusalem: Radical Islam, the West, and the Future of the Holy City (Regnery, 2007), and The Rise of Nuclear Iran: How Tehran Defies the West (Regnery, 2009).